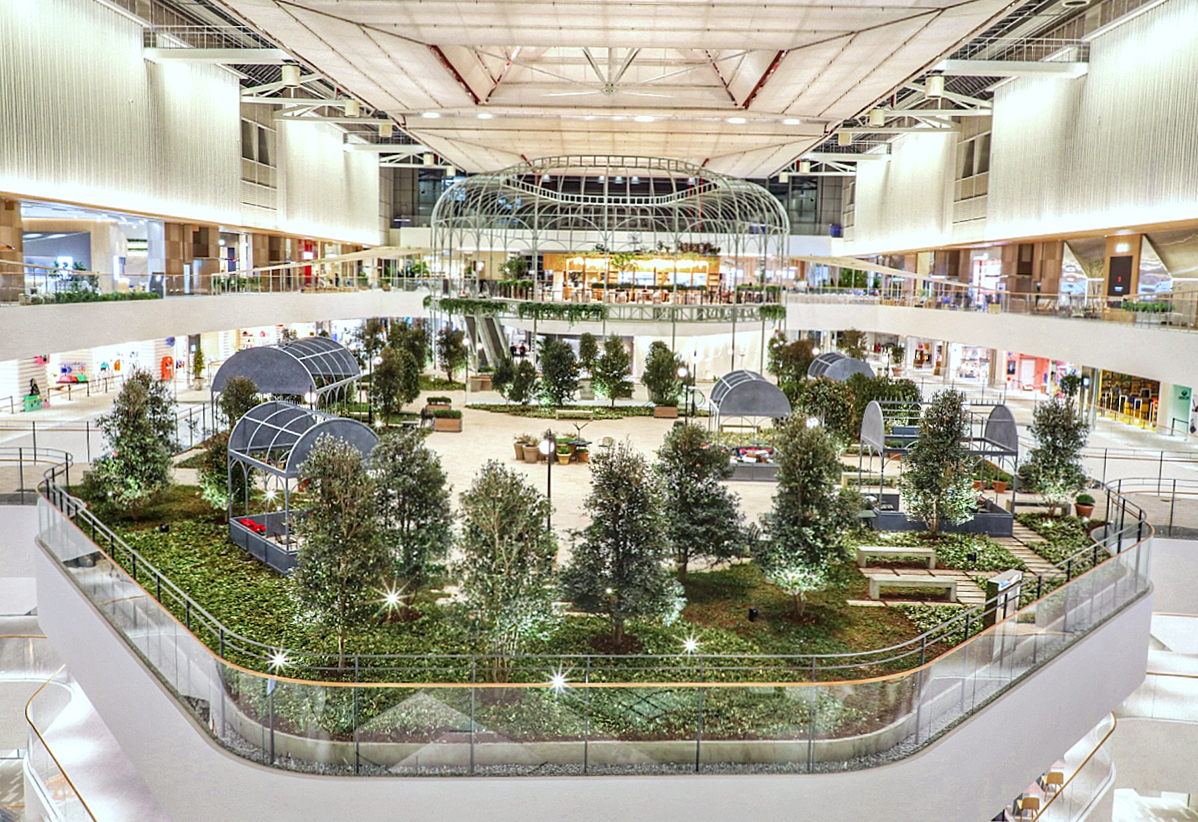 The combined sales of 25 major offline and online retailers came to 14.17 trillion won ($10.48 billion) last month, compared with 12.9 trillion won a year earlier, according to the data compiled by the Ministry of Trade, Industry and Energy.

It marked the fifth consecutive month of on-year growth.

Sales from offline stores rose 12.1 percent in July, as department stores, in particular, saw their sales surge 31.6 percent on-year. Demand for luxury goods, clothing and other fashion items logged solid growth, according to the data.

Sales of convenience stores also went up 10.4 percent in July on the back of the popularity of food packages and other daily items.

Sales of discount chain stores, such as E-mart and Lotte Mart, inched up 0.2 percent on-year amid the dwindling demand for home appliances, while those of smaller supermarkets fell 3.6 percent, the data showed.

Sales from online platforms jumped 7.3 percent from a year earlier over the continued spread of the contactless shopping trend amid the prolonged pandemic.

Sales of foodstuff and beverages also grew 14.7 percent, while those of home appliances and other electronic devices logged an on-year fall, the data showed.

Online platforms accounted for 47.63 percent of the total sales in July, according to the ministry.

South Korea has experienced a new virus wave since late July following a monthslong let-up after the worst infections here so far.

But the government decided not to reimpose strict antivirus regulations, such as business curfews and a cap on private gatherings, to support people's return to normalcy.