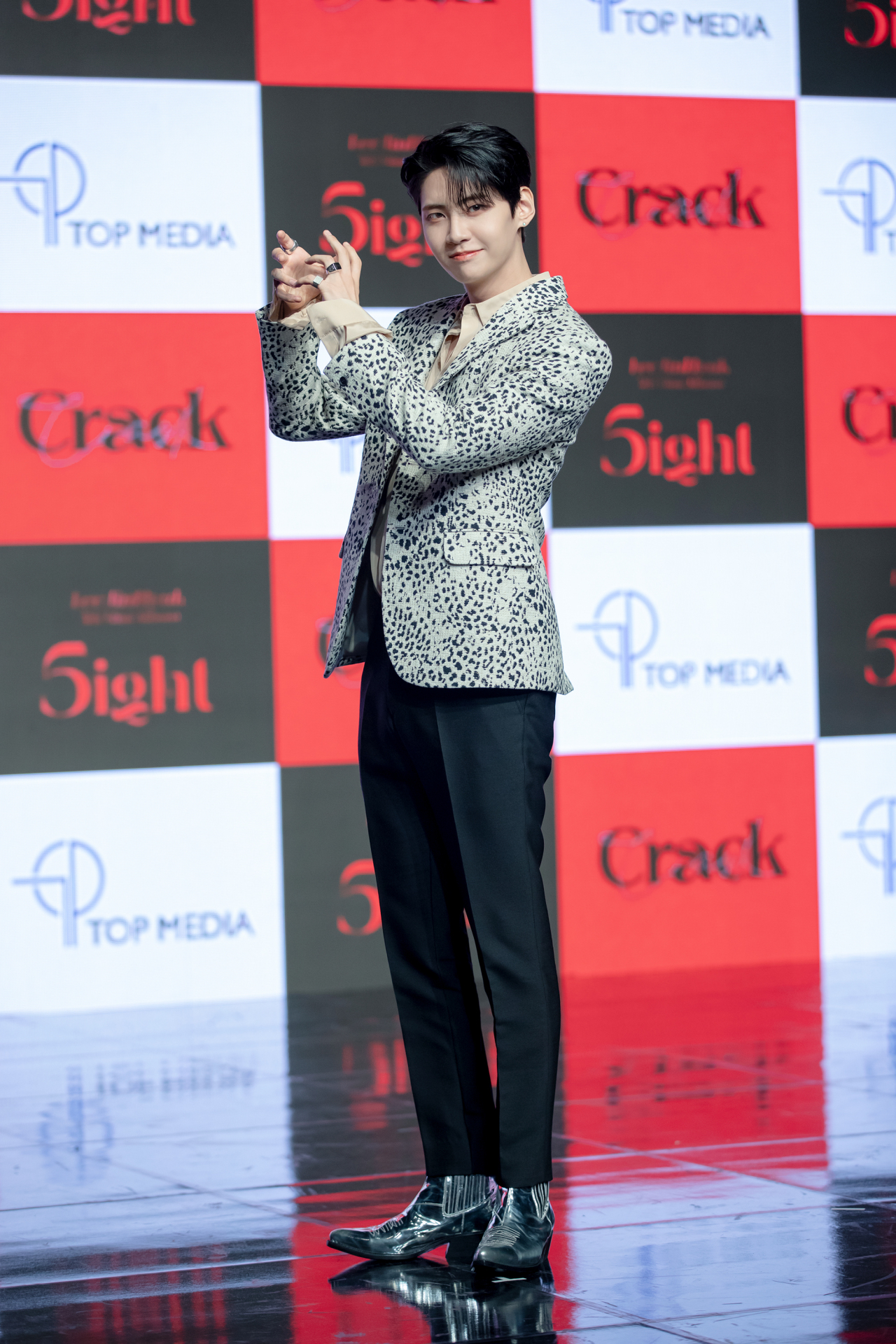 It has been about nine months since the singer and actor released his fourth EP, “Ctrl+V,” in October last year.

Since the artist made his solo debut with “S.O.L” in 2019, he has released four solo albums, including “Splash!” and “Scene26.” He had shown fresh and energetic charms through the previous EPs. But this time, he wanted to flaunt seductive and charismatic charms, according to Lee.

“I wanted to show different charms that I wasn’t able to display through previous albums,” Lee said in a press event held in western Seoul ahead of his new EP’s release at 6 p.m. on the same day.

“The album came in stimulating and sexy concepts. It took a while for me to show a sexy concept, which I had in mind to show a brand new image of myself to the audience since the end of promotions for ‘Work Work,’” he added.

Like the previous albums, Lee took part in the composition and writing lyrics for the new songs as well. Under the theme of “love,” the six-track album starts with the lead track “Crack,” followed by “Exit,” “Toy,” “Morning Call,” “Rooftop” and “Jungle.”

The lead track is an alternative rock song, featuring bold riffs with addictive hooks. Lee sings about the feeling of falling in love that led him to entrapment and chaotic entanglement, rather than happiness.

For his ultimate goal with “5ight,” the singer and actor said, “The reason behind the new album release is to transform my image (not only as a singer but) as an actor, too. I wanted to show various sides of myself -- that I can play various roles, too.”