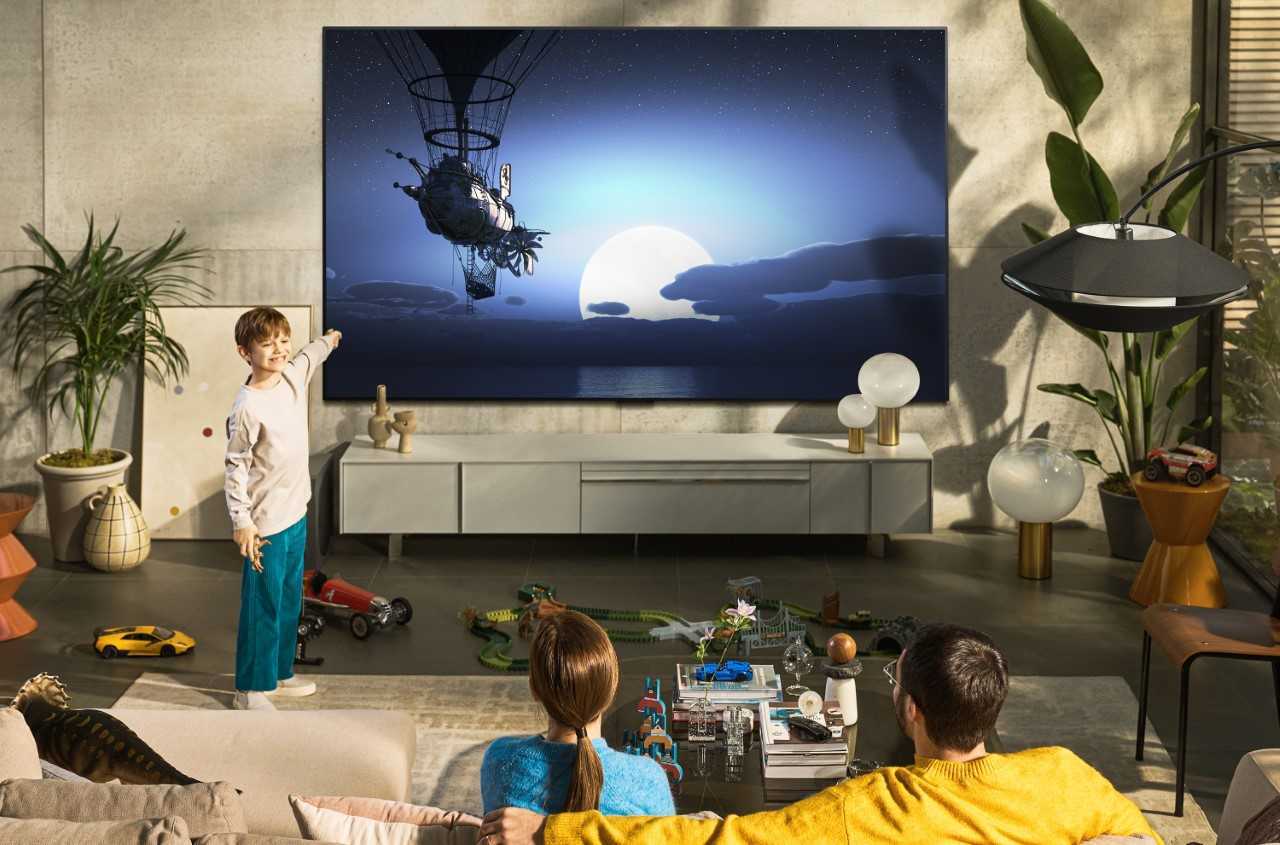 Keen interest is being paid to whether Samsung will showcase its latest OLED TVs during the annual gathering. After a nearly nine-year hiatus, Samsung started rolling out OLED TVs early this year, but no high-profile promotional event has been held, raising speculation about the company’s TV strategy and panel supply.

Samsung may be outpacing its smaller rival LG in almost all consumer electronics sectors, but one market where the world’s largest smartphone and TV maker has not yet taken the top spot is in OLED TVs.

OLED is considered the most advanced display technology in the market, as it uses a self-emissive panel to deliver vivid colors and deep blacks. The issue is a low yield rate in the earlier stage of production, as well as high costs.

During the same period, LG has continued pouring resources into OLED to become an unrivaled market leader, dominating more than 60 percent of the market globally. According to market tracker Omdia, LG sold 1.69 million units of OLED TVs in the first half of this year, which means more than one in three LG TVs sold are OLED models.

Samsung’s return to the OLED market this year was a fresh development in the decade-old TV rivalry.

“For some time, Samsung’s promotional focus is expected to be on Neo-QLED because of their limited supply,” an industry source said on condition of anonymity. “It is also true that having promoted QLED’s supremacy over OLED for years, it would be difficult to make a drastic strategy shift immediately.”

Adding to a display shortage, another industry official predicted that it could take more time for Samsung to speed up the shipment of OLED TVs, citing the tricky production process.

“The issue of a low yield rate in the early stage is a problem that cannot just be fixed in a few months. It would take at least one to two years for Samsung to elevate the yield rate enough,” said the official, who wished to be unnamed.

Until early this year, talks for LG Display to supply OLED panels to Samsung, the first such deal between the two, had been ongoing between their top brass, according to sources. But more recently, talks have been stalled -- reportedly owing to conflict of interests among their affiliates. Currently, Samsung Display is the sole supplier to Samsung’s OLED TV.

Amid the earlier struggles of its crosstown rival, LG seems determined to cement its market position by extending its OLED lineup.

The company said Monday it plans to unveil the world’s largest 97-inch OLED TV at the IFA show. Set to be released in the fourth quarter this year, the OLED evo Gallery Edition is the latest addition to LG’s OLED lineup ranging from its smallest and bestselling 40-inch models to bigger models with gigantic screens.

In Europe, the world’s largest TV market, OLED models are expected to exceed 50 percent of the premium TV segment priced at $1,500 or above this year, according to Omdia. The figure is expected to surge to 66 percent next year.

In the region, LG’s market share was a whopping 65.8 percent in the first half of this year, followed by Sony with 17 percent and Philips with 11 percent.

“We will offer an unrivaled experience for consumers with our latest OLED TVs that represent our technical prowess accumulated over the past 10 years,” said Park Hyoung-se, LG’s home appliance business chief. “We will bolster our supremacy in the ultra-large TV segment.”