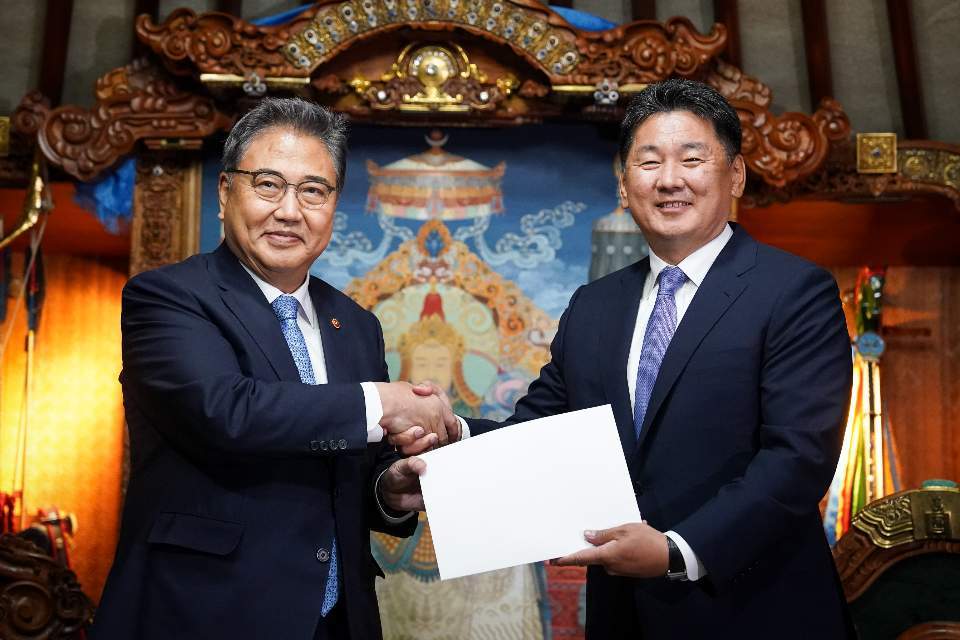 South Korean Foreign Minister Park Jin met with his Mongolian counterpart, Batmunkh Battsetseg, to agree on establishing a joint center on rare earth metals, aimed at boosting their bilateral ties in regards to economic security field. They also discussed on a range of issues involving regional security, North Korea and supply chain resilience, among others.

In a joint press conference following their bilateral meeting, Park and Battsetseg revealed that they agreed on establishing the joint institute to enhance cooperation on rare earth materials. Mongolia would be providing the land, and South Korea would use its official development assistance funds.

“(We) will push actively for measures to cooperate (with each other) to gain synergies from the combination of South Korea’s infrastructure and such minerals and resources, abundant in Mongolia, as rare earths for high-tech semiconductors and displays, and rare metals for batteries,” Park said during the joint press conference.

Battsetseg reiterated on their agreement and said they would seek for synergies between Mongolia’s natural resources and Korea’s advanced technologies.

“I hope to actively cooperate (with Mongolia) to open the next 30 years (of the relations),” Park said in his opening speech of the foreign ministers’ meeting.

“The Yoon Suk-yeol administration aims to make Korea a globally pivotal state that can contribute to freedom, peace and prosperity. We seek to work together with Mongolia, which shares the values of democracy and human rights, for peace and prosperity of the region and the international society.”

The Mongolian foreign minister also welcomed Park, saying his visit to Mongolia would provide a precious opportunity for the two countries to bolster their strategic partnership.

Park took off to Mongolia for a three-day trip on Sunday. It has been eight years since a Korean foreign minister visited Mongolia for a bilateral meeting. It is also the first time for a high-ranking official to visit the country since Korea and Mongolia elevated their bilateral ties to a “strategic partnership” in September last year. 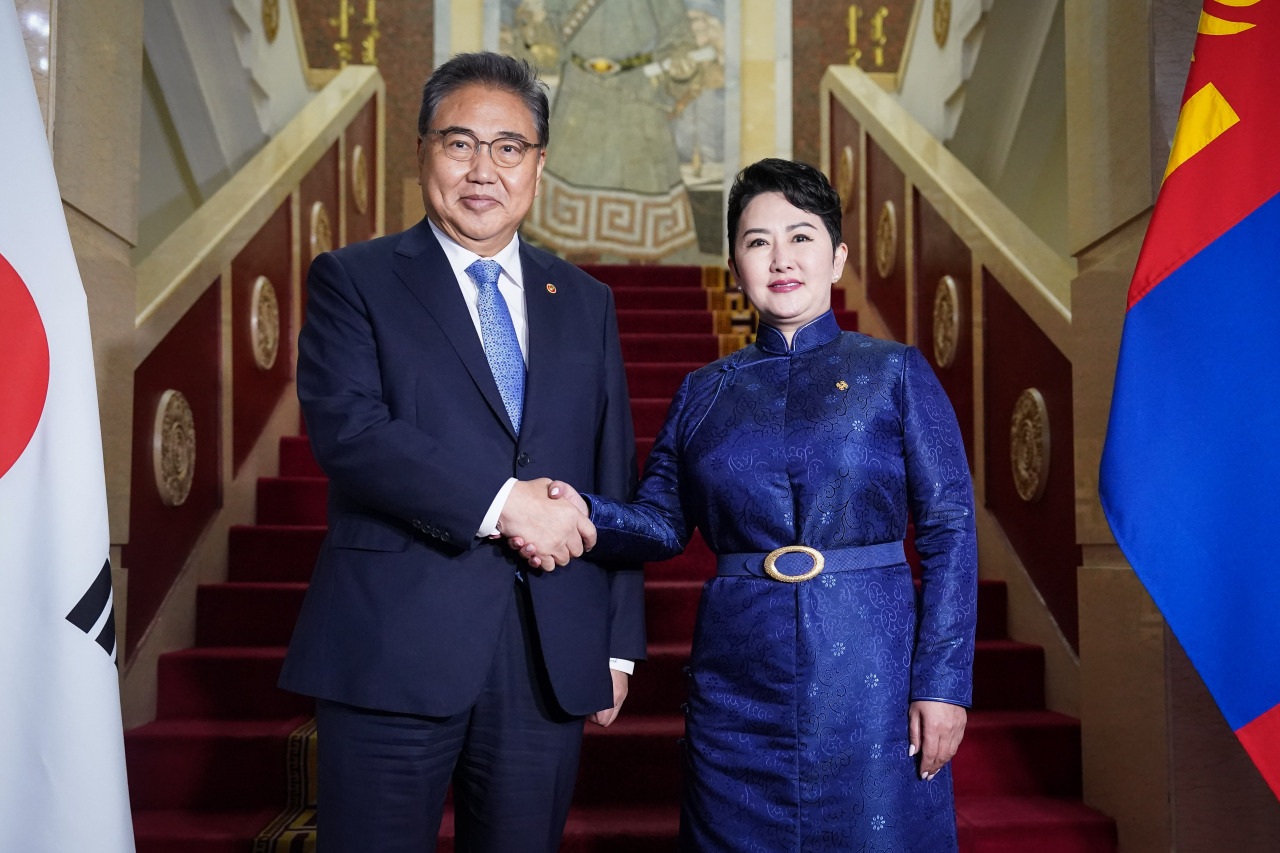 Mongolia is a strategic country pursuing democracy while bordering China and Russia, and is one of the top 10 countries for its abundant natural resources, a Foreign Ministry official said.

Seoul will explore ways to work together with Mongolia for diversifying the country’s supply chain, the official added.

As countries are interested in securing a stable supply chain of strategic materials, high-ranking officials from a number of neighboring countries, as well as the United States, have been seen visiting Mongolia in recent months.

Daniel Kritenbrink, the assistant secretary of state for East Asian and Pacific affairs of the US Department of State, visited Mongolia before flying to Seoul last week.

Lee opened a hospital in Mongolia in the 1910s and provided rare medical services to locals, as well as backing Korea’s struggle against the Japanese colonial rule of 1910-1945.

Mongolia established the park in 2001.

Park’s trip to Mongolia comes amid rising interest in the country among neighboring countries.

Park said Mongolia is a strategic location of Northeast Asia sharing universal values of democracy and human rights, and Korea seeks to deepen “practical” cooperation in the field of economic security.

“We would like to deepen cooperation with Mongolia, one of the world’s top 10 resource-rich nations, for stabilizing and diversifying supply chains,” Park told reporters Sunday before departing for Ulaanbaatar.