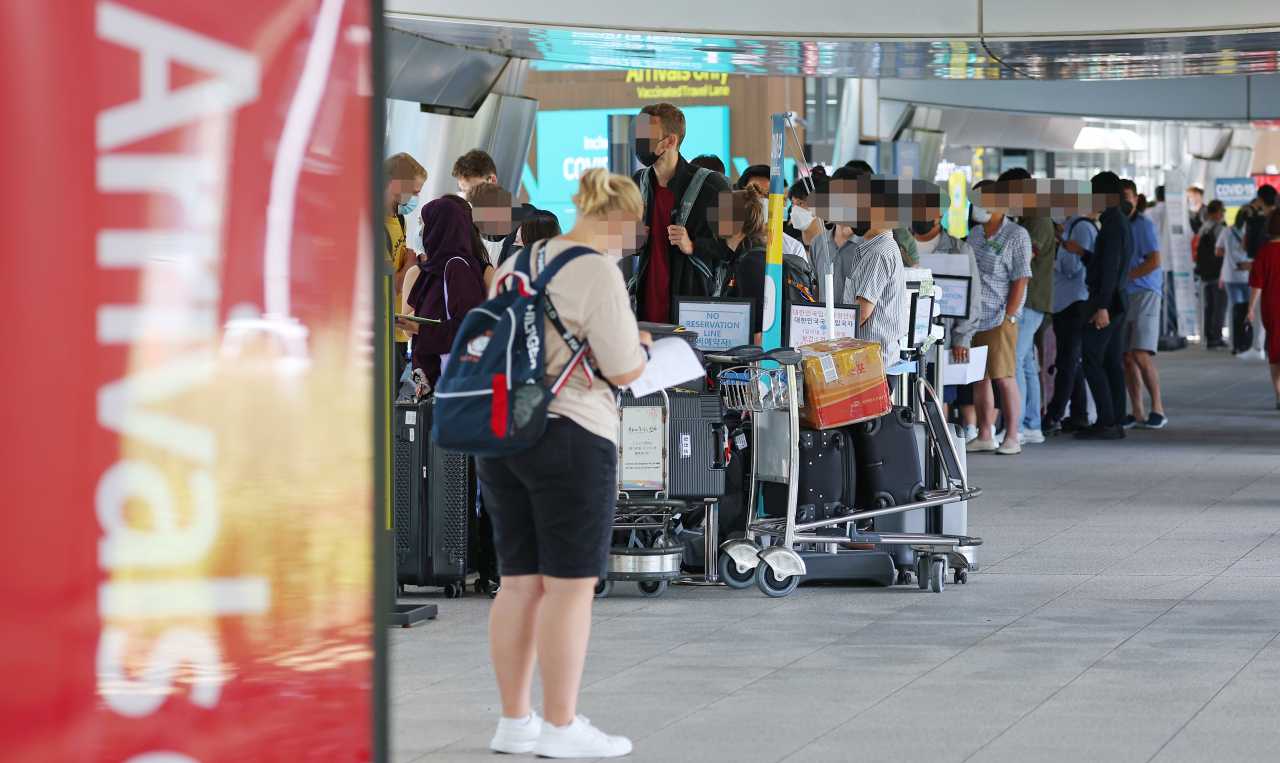 South Korea's new COVID-19 cases fell below 50,000 on Monday, but the number of critically ill patients kept rising despite a slowing virus trend.

Monday's count is sharply down from 85,295 recorded the previous day. Daily cases tend to drop on Mondays due largely to fewer tests over the weekend.

The number of critically ill patients reached 597, up from Sunday's 581, hitting the highest level since late April.

South Korea saw the daily cases decrease on a steady pace from May through most of June, to as low as around 3,400, before the numbers bounced back to the six digits in late July amid a virus resurgence coupled with the summer holiday season.

But the latest wave has managed to keep the daily caseload below 200,000 so far, in line with experts' earlier prediction that the recent wave would not be as serious as the last time with the peak of over 620,000 cases in one day.

The current mandate requires all arrivals to take a polymerase chain reaction (PCR) test within 48 hours before their departure or a rapid antigen test (RAT) within 24 hours before entering South Korea. They also have to take an additional PCR test within the first 24 hours of their arrival. (Yonhap)