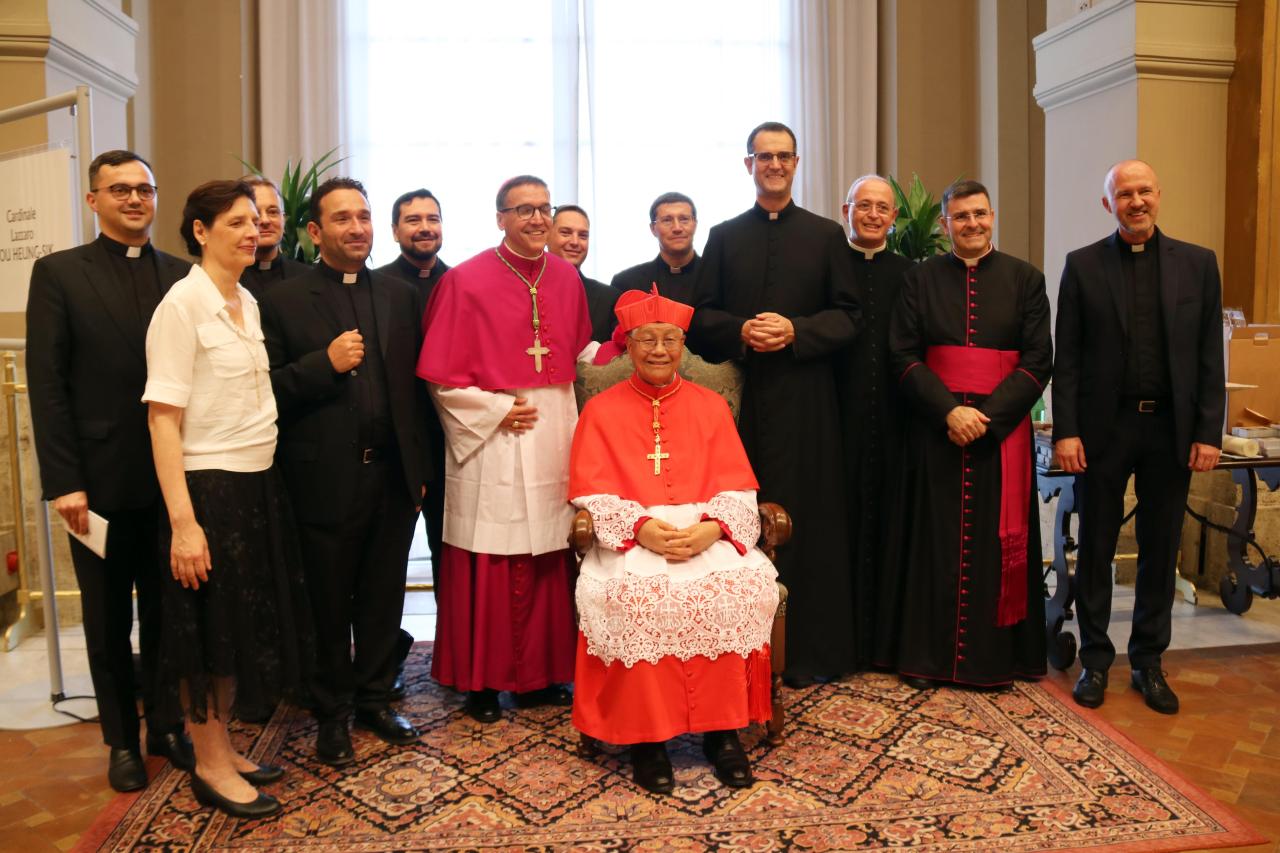 Archbishop Lazzaro You Heung-sik, sitting in the middle, poses for photos with staff members of the Congregation for Clergy on Saturday after being appointed as one of 20 new cardinals in Vatican. (Yonhap)

Archbishop Lazzaro You Heung-sik became the fourth South Korean cardinal in an appointment ceremony at the Vatican on Saturday.

You, 70, was sworn in at St. Peter’s Basilica at 4 p.m. as one of 20 new cardinals appointed by Pope Francis. The appointment was announced in May.

He was also among 16 cardinal electors under 80 years old, who are eligible to vote for the next pontiff in a secret conclave.

Born in 1951 and ordained a priest for the Diocese of Daejeon, You became a coadjutor in the same diocese in 2003 and two years later assumed full responsibility.

You has been serving as prefect for the Congregation for Clergy, overseeing matters regarding priests and deacons since June 2021 as the first South Korean to be appointed to a secretary position at the Vatican.

South Korea sent a government delegation to the ceremony, led by First Vice Culture Minister Chun Byong-keuk, as well as a separate delegation of lawmakers from the ruling and the main opposition parties.

The government delegation delivered a letter by President Yoon Suk-yeol to Pope Francis, where he voiced hope for stronger relations between South Korea and the Vatican and expressed gratitude for Pope Francis’ prayers for peace on the Korean Peninsula, officials said. (Yonhap)