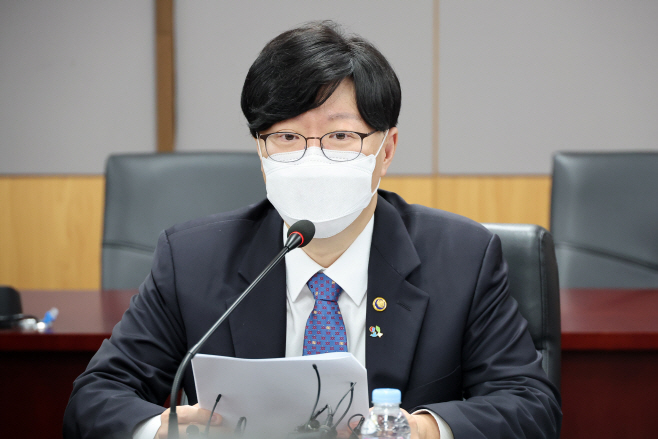 FSC Vice Chairman Kim So-young (Yonhap)
South Korea’s deputy finance policymaker was identified as the civil servant with the highest-value personal assets in the country, including shares worth some 20 billion won ($15 million) in a family business, a government ethics committee said Friday.

Of the total assets, the majority, or 20.9 billion won were Kim’s 29.26 percent stake in Joongang Shipping, an unlisted bulk carrier operator headed by one of Kim’s family members. Kim is the second-largest shareholder of the company.

The value of Kim’s real estate portfolio amounted to 5.1 billion won, including an apartment in Yongsan, central Seoul, co-owned with his wife valued at 2.6 billion won.

He also had savings in a financial company amounting to 3.4 billion won and golf club memberships worth 220 million won.

The government is currently reviewing whether Kim’s stake in Joongang Shipping is a “conflict of interest.” If the government deems the investment is “unethical” as a civil servant, Kim must either sell the shares or put it in a “blind trust.” A blind trust is an asset vehicle or a trust into which an individual can place his or her assets that could otherwise create conflicts of interest.