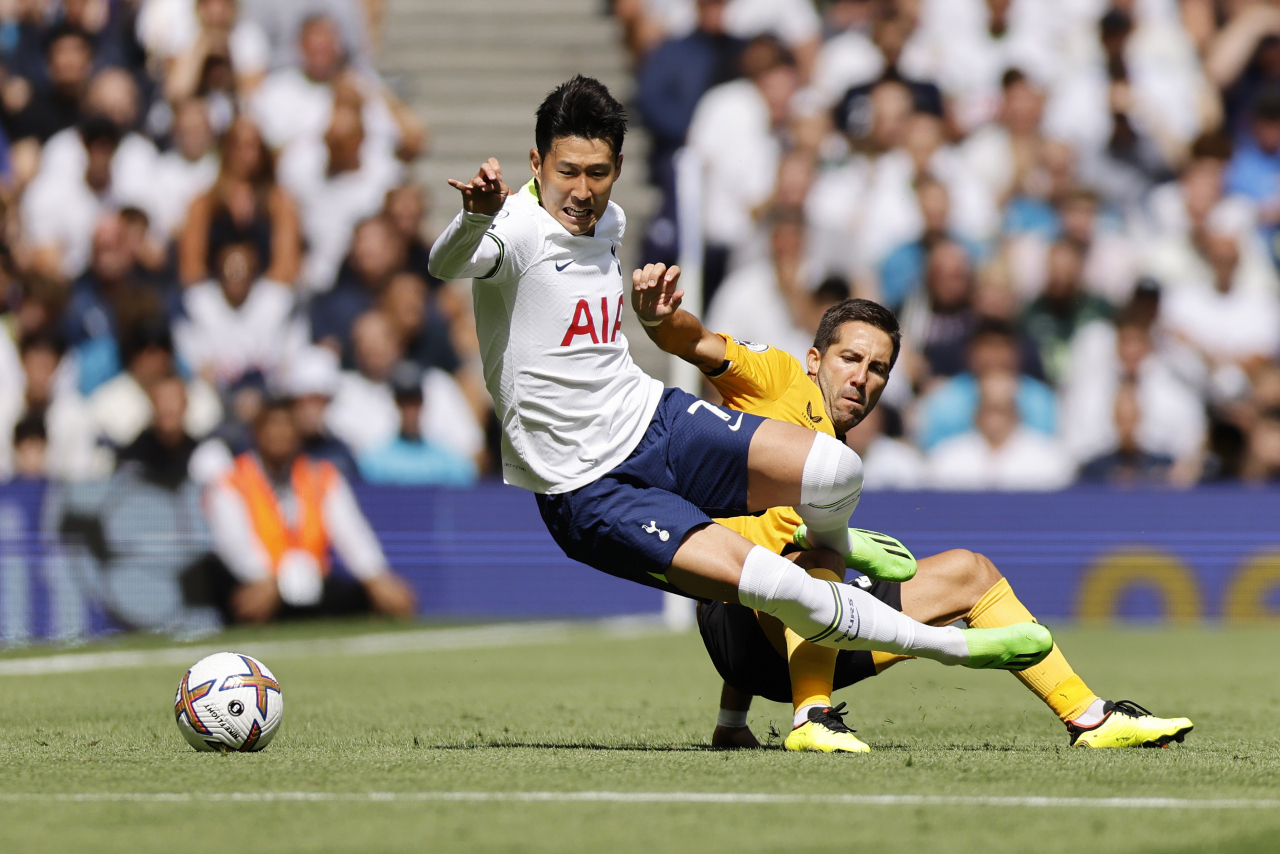 Two of South Korea's finest football players today will not face each other in the group stage of Europe's top club competition after all, though there is still a possibility of a showdown in the knockout phase.

The draw for the group stage in this year's UEFA Champions League was held in Istanbul on Thursday (local time), with 32 clubs drawn into eight groups of four.

South Korean defender Kim Min-jae will make his UEFA Champions League with Napoli this season, as they take on Liverpool, Ajax and Rangers in Group A.

Prior to the draw, the 32 teams were placed into four different "pots," and a team from each of those four pots made up each group.

Pot 1 contained the Europa League champions and winners of the top seven leagues based on the UEFA country rankings. League champions from England, Italy, Germany, France, Portugal and the Netherlands were in this pot.

Teams from the same pot or the same leagues could not be paired in the same group. Tottenham were in Pot 2 and Napoli were in Pot 3, creating a possibility of the matchup between South Korea's best forward and best defender at the moment.

The first and the only meeting between Korean players in the UEFA Champions League so far happened on Dec. 7, 2011, when Park Ji-sung and Manchester United took on Park Joo-ho and FC Basel in the final Group C match.

Basel prevailed 2-1 to reach the round of 16 and eliminate Manchester United.

Spurs will mark a return to the Champions League after missing out on the past two competitions. They finished runners-up to Liverpool in 2019. They booked their Champions League ticket this time by finishing fourth in the last Premier League season, led by Son's 23 goals that tied for the league lead. Spurs have two wins and a draw so far in the new Premier League campaign.

Tottenham's group this time appears to have a clear weak link in Frankfurt. Though they won the second-tier continental event, Frankfurt only finished 11th among 18 teams in the Bundesliga last season. So far this season, they are sitting in 15th. This will be their first Champions League appearance.

Sporting were the second-best team in the top Portuguese league last season, and they are in third in the early going of this season.

Marseilles, the runners-up in France's Ligue 1 in 2021-2022, find themselves in third place after three matches in the new season. Chilean star Alexis Sanchez left Inter Milan to join the French club this summer.

Napoli will have their hands full in Group A against Liverpool, the Champions League runners-up last season featuring Mohamed Salah, the co-Golden Boot winner with Son in 2021-2022, and the dynamic youngster Darwin Nunez.

Liverpool's defense corps is led by Virgil van Dijk, former Premier League Player of the Year to whom Kim has drawn comparisons.

Ajax are the reigning Eredivisie champions in the Netherlands and have won their first three matches of this season.

Rangers lost to Frankfurt on penalties in the Europa League final last season and finished second in the Scottish Premiership.

The top two clubs from eight groups will qualify for the knockout stage, and there will be a draw with all group winners seeded on one side and runners-up on the other. The seeded teams will be drawn against the unseeded foes, but those from the same group or the same league cannot be up against each other. (Yonhap)