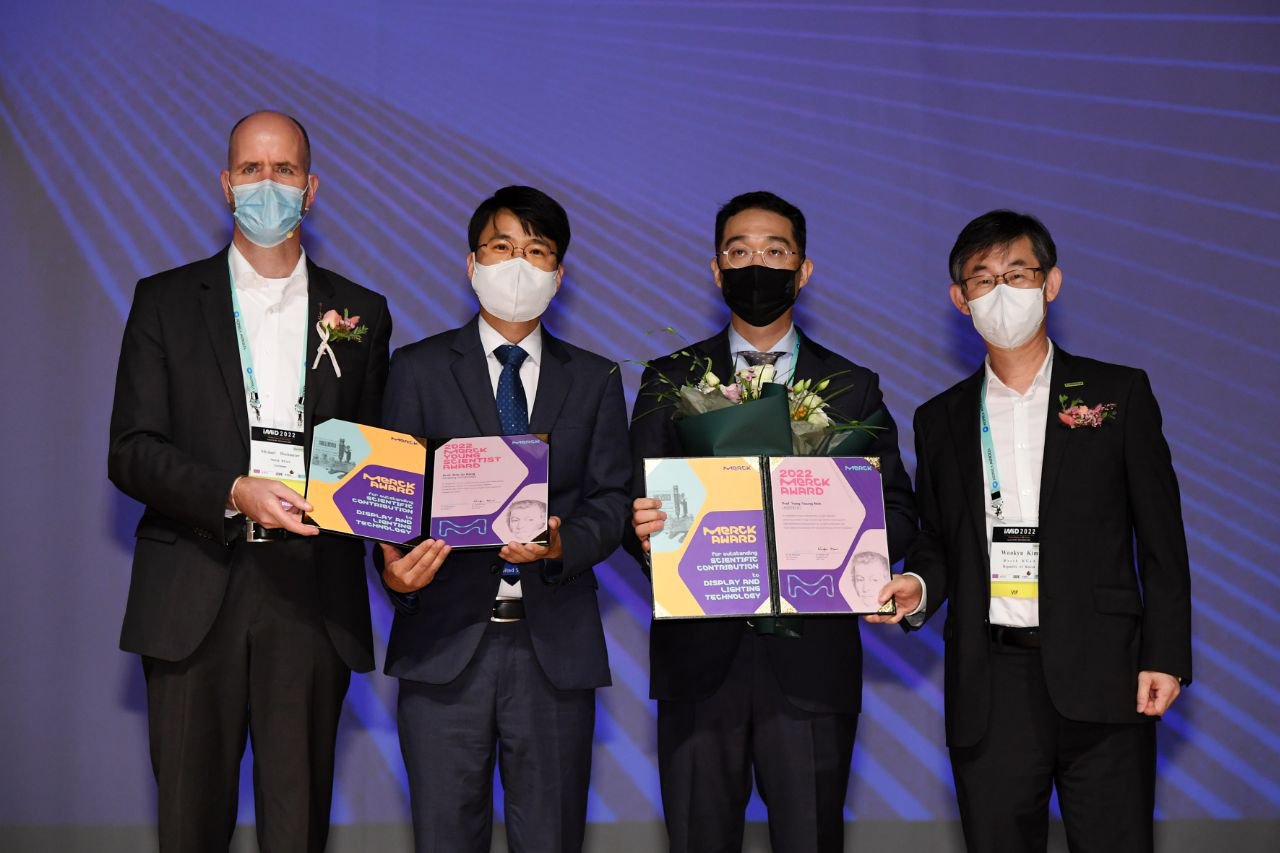 The Merck Young Scientist Award went to professor Kang Suk-ku for proposing the first-ever commercial-level lightweight integrated deep learning system based on a new algorithm to solve problems such as limited bandwidth and high energy consumption that results from generating high-resolution images.

“As Merck is celebrating its 33rd year in Korea, the electronics industry, which is led by displays and semiconductors, is advancing rapidly around the globe due to the growing demands for digital devices and technologies,” said Kim Woo-kyu, managing director of Merck Korea.

“Merck will continue to engage in internal innovations and collaborations with the scientific community to deliver scientific progress in business and beyond, including in new fields such as health care and life science.”

The Merck award was established in 2004 to mark the 100th anniversary of Merck’s research on liquid crystal, and was expanded to the Merck Young Scientist Award in 2006.

Since the 10th Merck Awards ceremony in 2013, the awards have changed from being presented for theses to recognizing academic papers.