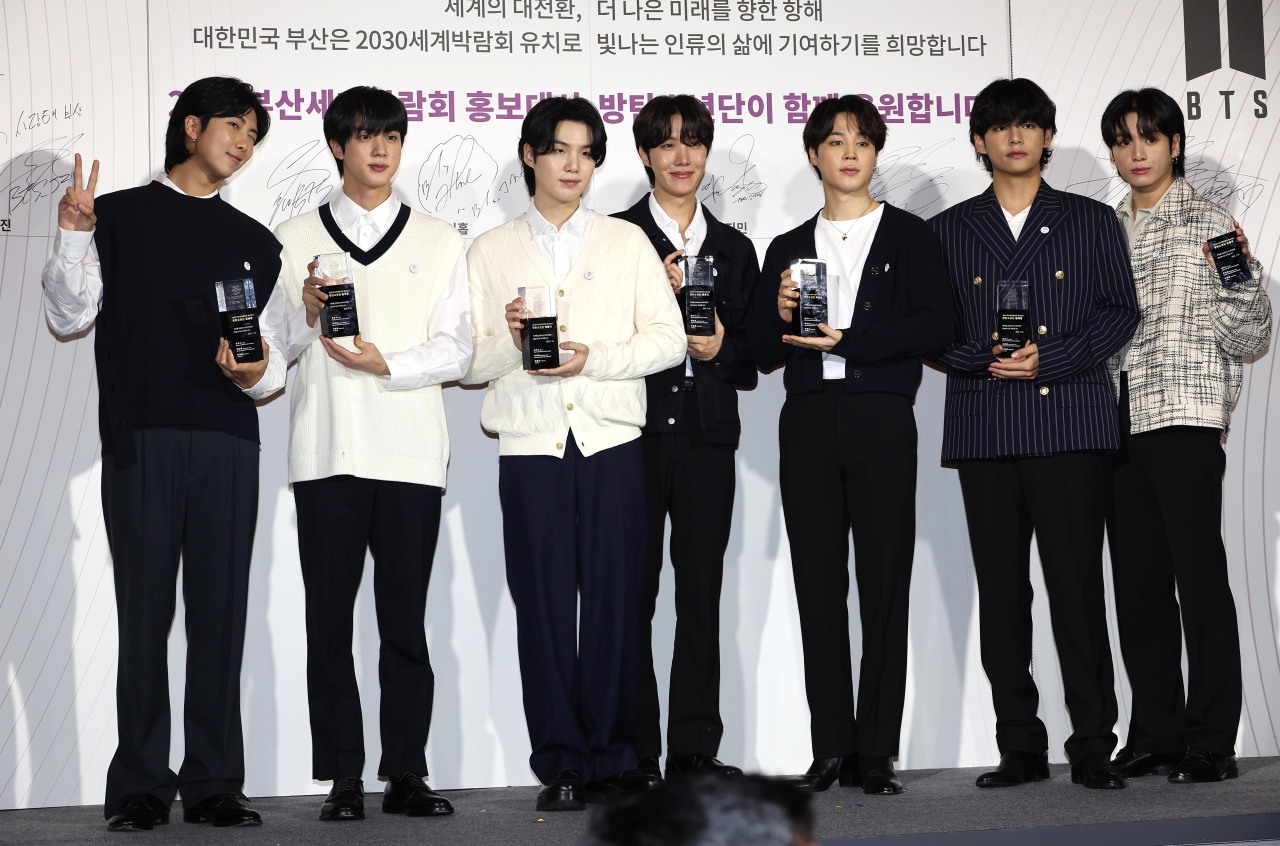 BTS members pose for a picture during their appointment ceremony as honorary ambassadors for the 2030 Busan World Expo at Hybe's headquarters in Seoul on July 19. (Yonhap)
K-pop sensation BTS is holding a concert in Busan on Oct. 15 in support of the city‘s bid to host the 2030 World Expo.

The event, titled “BTS 'Yet To Come' in Busan,” will take place on Oct. 15 in Gijang-gun, Busan, as part of the septet’s activities as the honorary ambassadors of the international event, according to a statement released by the act’s label Big Hit Music on Wednesday. “Yet To Come” is the title of BTS’ latest single from the band’s album “Proof,” released in June.

The gig is expected to be attended by a total of 110,000 concert-goers. The main event will take place at a specially-staged venue with a 100,000 capacity in the Ilgwang area of Gijang-gun, a county in the north of the city. A real-time Live Play broadcast will also take place at the Busan Port International Passenger Terminal in the south of the city.

The concert will be free of charge to help boost the promotional impact of BTS as expo ambassadors.

“The tickets will be free of charge and allocated through a lottery system. There will be two rounds of giveaways,” an official from Big Hit Music told The Korea Herald, adding that more information on tickets will be announced later. 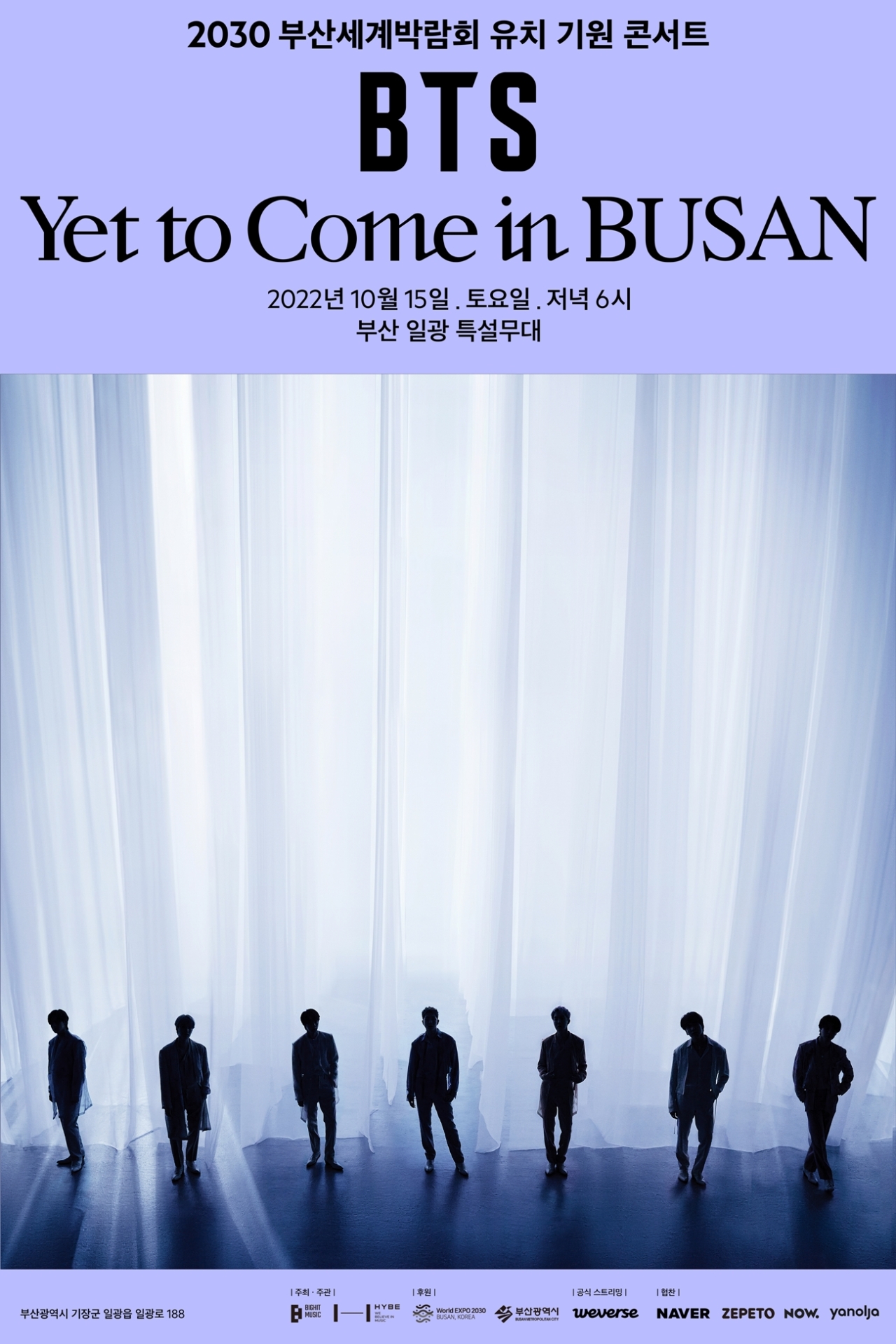 Poster of “BTS in Busan” concert set to take place on Oct. 15 in Gijang-gun, Busan. (Big Hit Music)
According to the label, “BTS