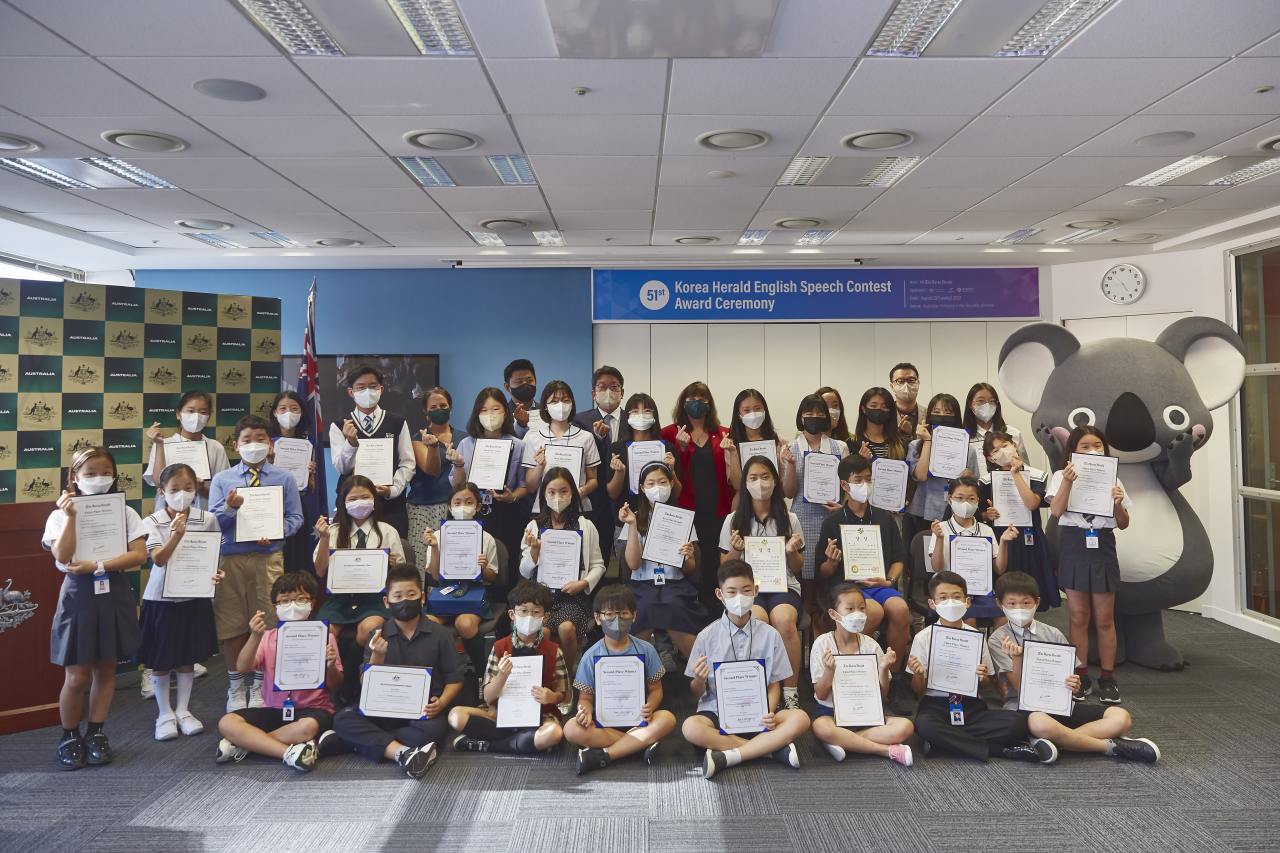 Winners of the 51st Korea Herald English Speech Contest pose for photos at the Australian Embassy in the Republic of Korea in central Seoul on Tuesday. (Courtesy of Park Yujin)

The award ceremony for the 51st Korea Herald English Speech Contest was held at the Australian Embassy in the Republic of Korea in Gwanghwamun, central Seoul, on Tuesday.

“I believe we could have the next generation of Korean leaders right here,” Raper said, addressing the winners. “Indeed, sooner than you realize, you may be responsible for shaping Korea’s future and strengthening the Australia-Korean partnership over the next 60 years.”

“With you all leading the way, I think this country will only be boosted further in the international market, and we here at AustCham Korea look forward to working with the development these younger generations will bring,” Billing said.

The contest saw a total of 36 winners.

Another 12 came in second place, while 18 were awarded third place. The event also recognized Gate Academy and Ask Academy.

All contest winners were declared honorary reporters of The Korea Herald.