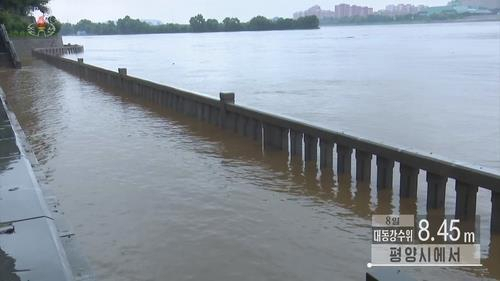 North Korea's main Rodong Sinmun newspaper carried a series of articles last week advising how to act in times of flooding, with one of the directions saying, "Do not eat dirty food washed away in flood waters."

The articles were carried from Wednesday to Friday to advise people about what to and not to do in times of typhoon, lightning and flooding, as a series of heavy downpours have battered the Korean Peninsula in recent weeks.

Noticeable among them was the advice to stay away from dirty food.

That illustrates the food shortages the destitute North has been suffering for decades even as the regime has pushed strongly for the development of nuclear weapons and long-range missiles.

Other advice include staying away from a street if water is ankle-deep because people can fall in just 15 centimeter-deep water and going up onto the roof when water fills up buildings. (Yonhap)