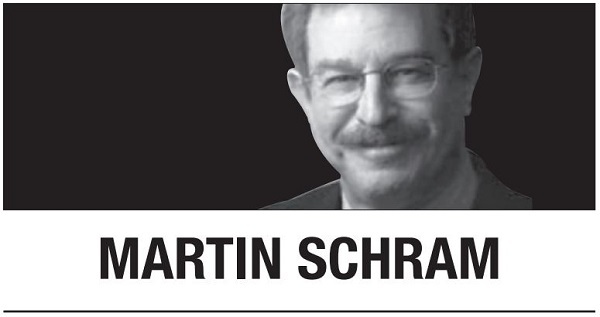 In this broiling summer, when we are shaken by threats that could shatter our most globally revered national monument -- America’s cherished democracy -- a menacing development suddenly occurred half-a-world away.

We glanced at it. Then we forgot about it amid the nonstop news gush about our domestic disarray. But attention must be paid. Because this could be how the next world war starts, on the other side of the planet, while we are calling each other names here at home.

The slow, but persistent Putinization of China’s President Xi Jinping has suddenly shifted into top gear. We watched the start of it, two weeks ago, when US House Speaker Nancy Pelosi landed in Taiwan.

Pelosi went there despite the unusual, very public show of warnings from Xi, who decided he just couldn’t put up with the prominent House speaker visiting Taiwan, which China and the US agreed in the 1970s is a part of China, just governed by separate systems.

For decades, prominent US senators and representatives had routinely visited Taiwan. But suddenly, Xi insisted the House speaker was too high-ranking to come. And Pelosi was just as determined to come anyway -- and she especially wasn’t about to let China’s president dictate a US House speaker’s travel limits.

A day after Pelosi left, Xi retaliated angrily by launching a showy series of excessive military sea and air exercises over several days -- as if to demonstrate that he has the power and the will to surround the island of Taiwan. China’s Defense Ministry issued a statement calling the United States the “true agitator and breaker of peace and stability in the Taiwan Strait.” All because the US House speaker came to Taiwan, just as US Senate Foreign Relations Committee Chair Robert Menendez, D-New Jersey, had earlier this year when he led a routine congressional delegation there. That visit caused no eruptions or protests by Xi’s government.

But last week, another five-member US congressional delegation, led by Sen. Edward Markey, D-Massachusetts, landed in Taiwan -- and Xi’s government announced a new round of military drills around the island. Beijing’s Taiwan Affairs Office issued a warning that if Taiwan’s leaders “failed to restrain themselves,” there would be undescribed consequences. But all that was played way down in the world’s news feeds and on the inside pages of those who read their news on dead trees.

This was precisely the sort of military overreaction that we have been concerned about even when Russia’s President Vladimir Putin was mobilizing his troops at Ukraine’s border for what clearly seemed to be an imminent invasion.

Early last December, I wrote a column expressing concern that after Putin carried out his imminent invasion of Ukraine, Xi might be emboldened by Putin’s aggression to take new assertive military actions in his own region. And such aggression, I cautioned, could damage Xi’s long-term quest to make China country the undisputed leader of the global economy. “China’s President Xi Jinping can learn a lot from his next-door neighbor, Russia’s President Vladimir Putin,” I wrote. “Not about what to do, but about what not to do.”

I noted that Putin would end up damaging his reputation forever by invading Ukraine. And if Xi intends to bully and eventually invade Taiwan, he will tarnish forever the “Made in China” label and China will never be the global economy’s leader.

Fast-forward back to today: We are at the point when we must understand why the leaders are acting so assertively. Xi’s motives seem transparent: China’s economy has slowed significantly; it will miss its 5.5 percent growth target for this year. Factories are shutting due to electricity rationing forced by stifling heat waves. Low birthrates and stagnant population growth have led Xi’s government to discourage abortions. All this is happening on the eve of his country’s October and November congress that is supposed to make him China’s president for life.

Xi has picked the worst time to escalate his reputation as the region’s No. 1 bully.

While reasons for Xi’s aggressiveness are easily documented, it’s hard to find documented proof why Pelosi was so determined to go to Taiwan -- now. And while I don’t have written proof or sources who know for sure, I think I get it.

I first met Pelosi decades ago, in her San Francisco living room. She was California’s Democratic Party chair, hosting a fundraiser for a presidential hopeful. San Francisco is rich with prominent Taiwanese Americans (did she promise anyone she’d visit Taipei?). Back in 2018, Pelosi said 2022 would be her last year as Democratic House leader. Now, Pelosi understandably won’t say if she’d quit after this year’s elections. But I’m convinced visiting Taiwan was near the top of her bucket list. So, if not now, when?


By Martin Schram
Martin Schram, an op-ed columnist for Tribune News Service, is a veteran Washington journalist, author and TV documentary executive. Readers may send him email at martin.schram@gmail.com. -- Ed.