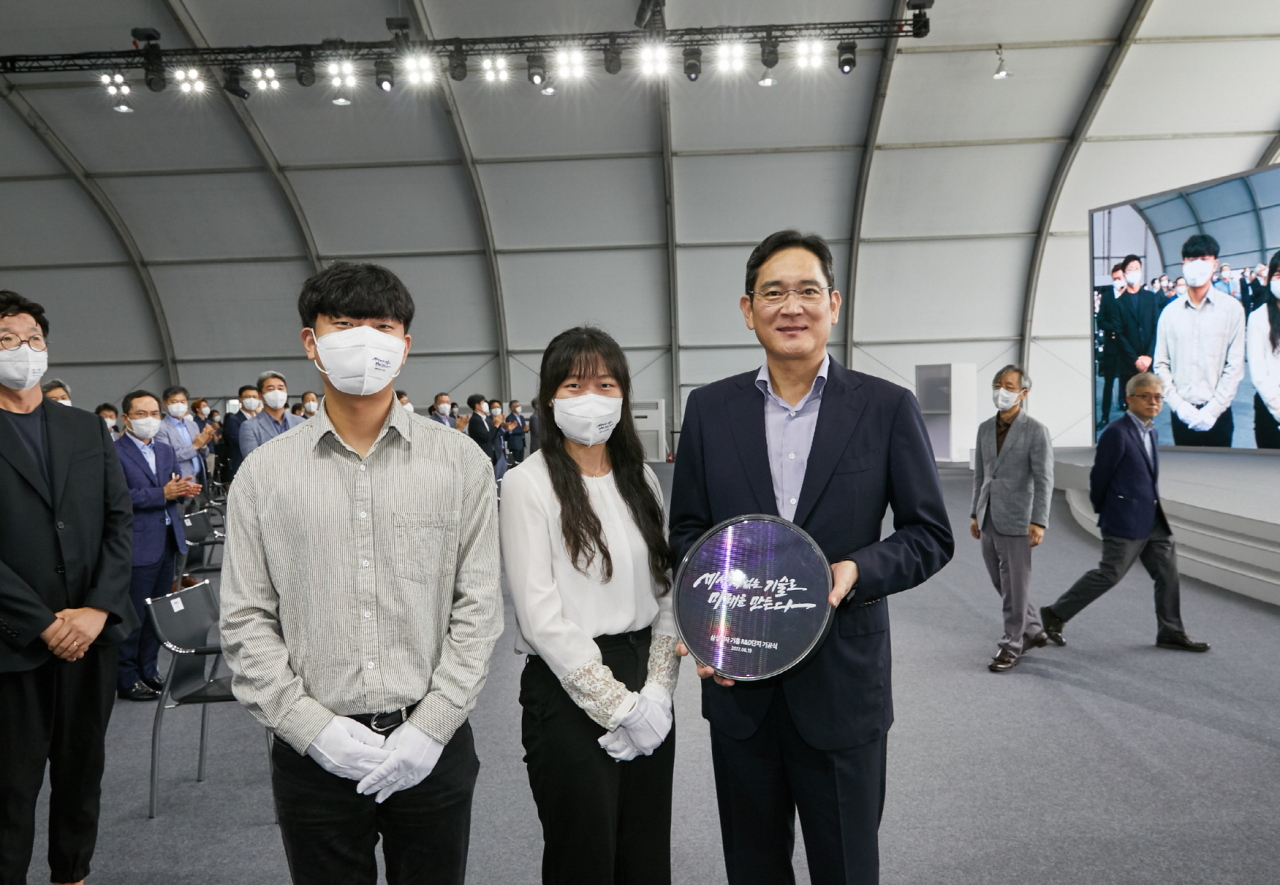 This marked Lee‘s first official activity after being granted a pardon by President Yoon Suk-yeol earlier this month.

In a speech during the groundbreaking ceremony at the company’s Giheung campus, Lee said it is time to “make the future using new technologies.”

Stressing the significance of the company‘s pioneering investments, he said, “If there had been no drastic research and development investments in next-generation tech, Samsung semiconductors would not exist.”

Samsung Electronics said in a statement that it “is planning to invest about 20 trillion won ($15 billion) by 2028 in the complex which covers 109,000 square meters within the Giheung campus.”

The facility will lead advanced research on next-generation devices and processes for memory and system semiconductors, as well as the development of innovative new technologies based on a long-term roadmap, it said.

It also said that “with the coming establishment of the new R&D facility, Samsung Electronics is seeking to overcome the limits of semiconductor scaling and solidify its competitive edge in the semiconductor industry.”

After the ceremony, Lee visited the Hwaseong campus in Gyeonggi Province to meet with employees, working at the company’s device solutions division.