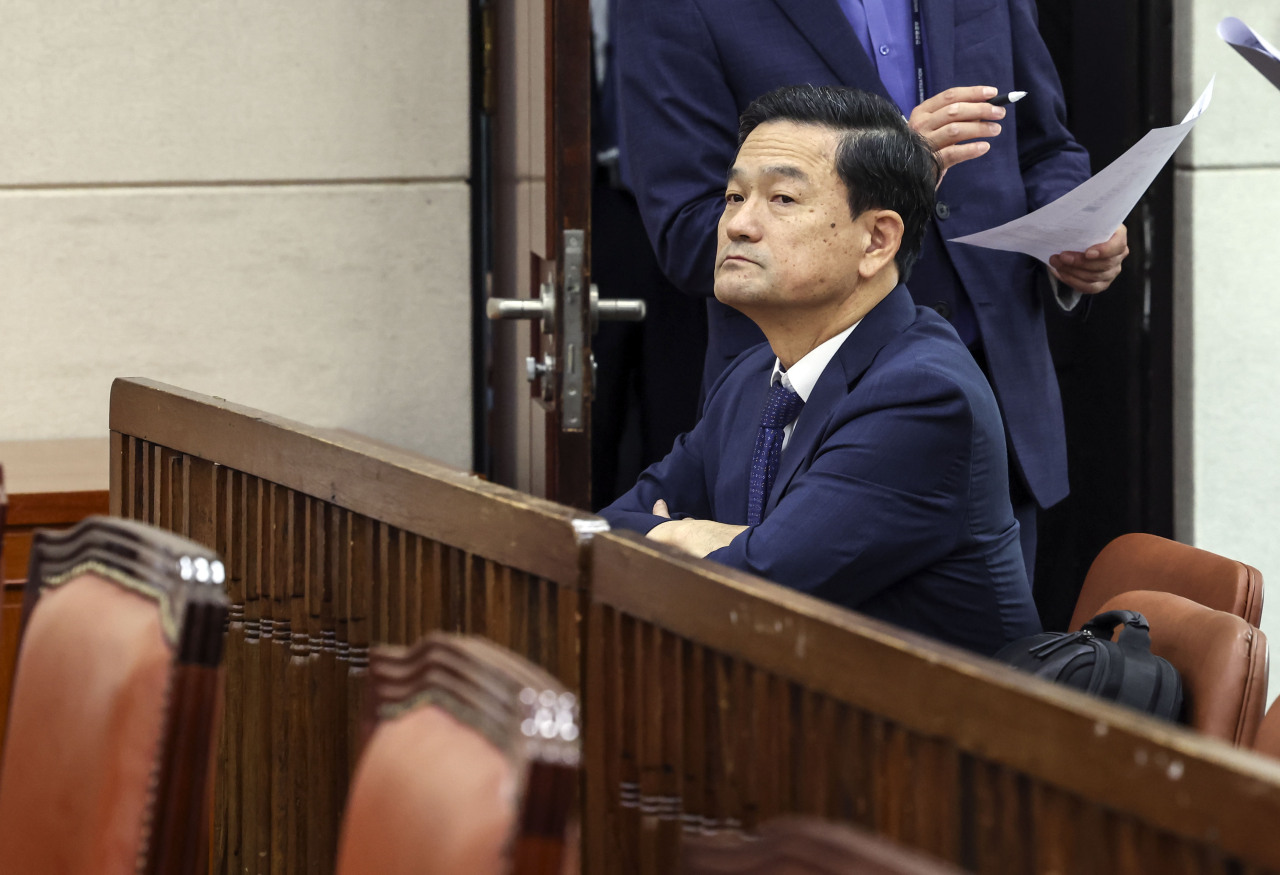 Kim Sun-ho, chief of the police bureau, waits for the start of a plenary session of the National Assembly’s Public Administration and Security Committee on Thursday in Seoul. (Yonhap)
The Ministry of Security and Public Administration’s newly launched police bureau is facing further controversy, as allegations mount that its first chief, Kim Sun-ho, began his career by informing on his former labor activist colleagues.

Kim attended a plenary session of the National Assembly’s Public Administration and Security Committee on Thursday and denied allegations of having been a spy, claiming the reason he had quit working for a labor activist group in his 20s was because he was afraid of the group promoting a “Juche” ideology. Juche is the core ideology of North Korea, and is based on self-reliance.

In the late 1980s, Kim was a part of a student labor activist group. In April 1989, he severed contact with the group and went into hiding. And in August of that year Kim began his career in the police force in the anti-communism department.

The group was designated as an anti-government organization just before Kim went into hiding. Eighteen members were arrested and 15 imprisoned. He is suspected of being specially hired in exchange for providing information on his colleagues at the time.

During the plenary session, Rep. Park Sung-min of the People Power Party asked whether the group he was associated with in the 1980s was an anti-government organization and Kim answered affirmatively, which goes against the conclusion of the Supreme Court. Lawmakers of the Democratic Party of Korea immediately criticized Kim, pointing out that the group had already been acquitted in a retrial in 2020.

The opposition party said it is highly inappropriate to have a person who symbolizes the past dictatorship as the highest official of the police bureau, while the Interior Ministry insists they are trying to exert democratic control over the police force via the bureau.

Interior Minister Lee Sang-min tried to defend Kim during the session, saying it was hasty to make such a determination from unconfirmed allegations. But as the criticism continued, Lee said he may consider replacing Kim.

As the plenary session was being held at Sungkyunkwan University, where Kim graduated, students held a press conference in front of the university’s main gate to denounce Kim and urged him to resign immediately and apologize to the victims.

University alumni also held a press conference simultaneously in front of the presidential office in Yongsan, Seoul, demanding a transparent investigation into the allegation involving Kim.