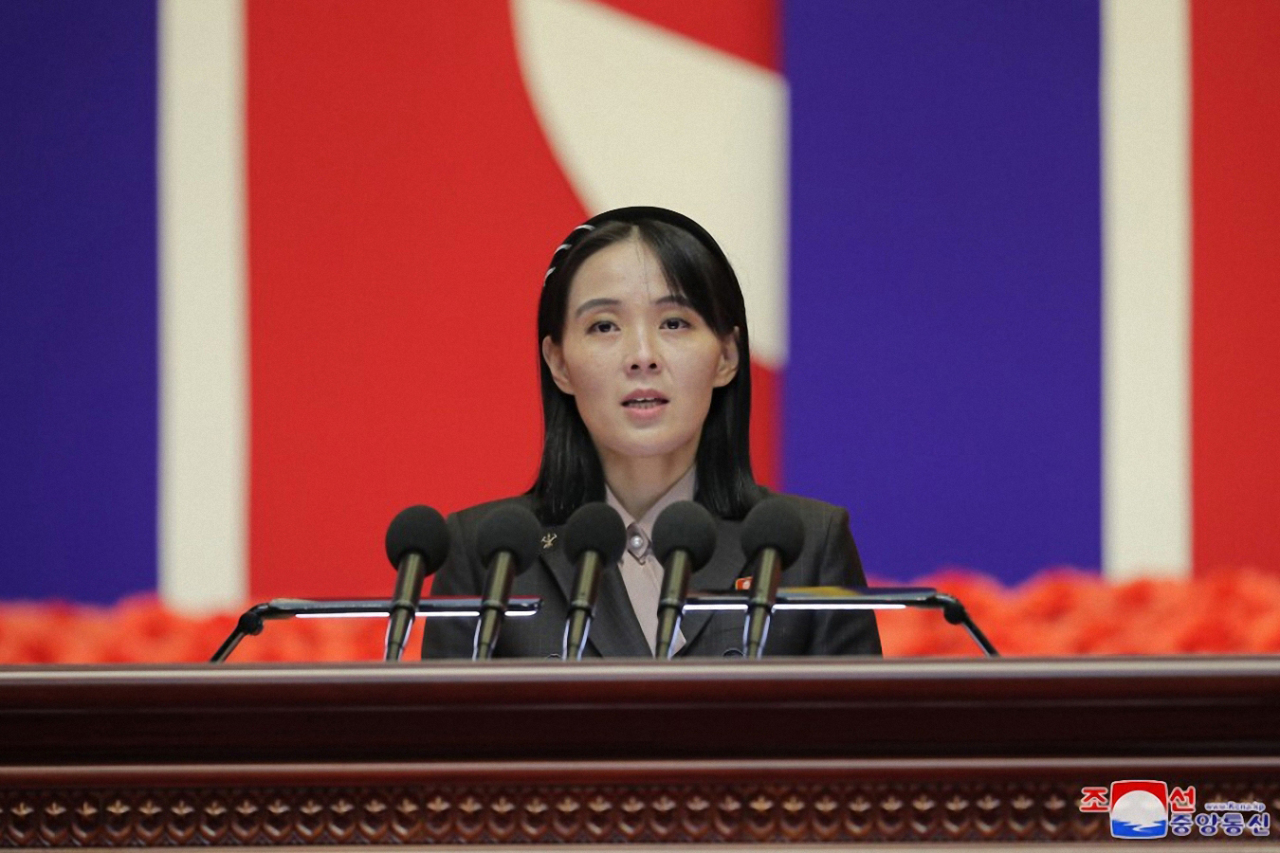 Kim Sun-ho, the chief of Police Bureau, attends a plenary session of the National Assembly’s Public Administration and Security Committee on Thursday and waits for the start of the meeting. (Yonhap)
Kim Yo-jong, the sister of North Korean leader Kim Jong-un, slammed South Korean President Yoon Suk-yeol and his “audacious initiative,” saying the road map he has offered is the “height of foolishness.”

The “audacious initiative” refers to plans for engaging North Korea and providing aid in return for steps toward denuclearization, as revealed by Yoon in his Liberation Day speech on Monday.

Through a statement released via the North’s official Korean Central News Agency on Friday, Kim said, “I make it clear that we will never deal with the plan, no matter what kind of noisy plan South Korea came up with.”

Kim contended that nuclear weapons cannot be the subject of bargaining and said “the assumption that ‘if North Korea takes denuclearization measures’ is a wrong premise from the first place.”

She also said that Yoon’s road map is not a new policy, but a rehashed version of the former Lee Myung-bak government’s policy toward North Korea called “Vision 3000: Denuclearization and Openness.”

Expressing her dislike of Yoon “as a human being,” Kim said it was her “desperate wish” for the two sides to have no involvement.

Kim’s mention of the launch has been interpreted here as an attempt to gauge the South’s reconnaissance capabilities.

In response, the South’s military said it stands by its prior assessment.