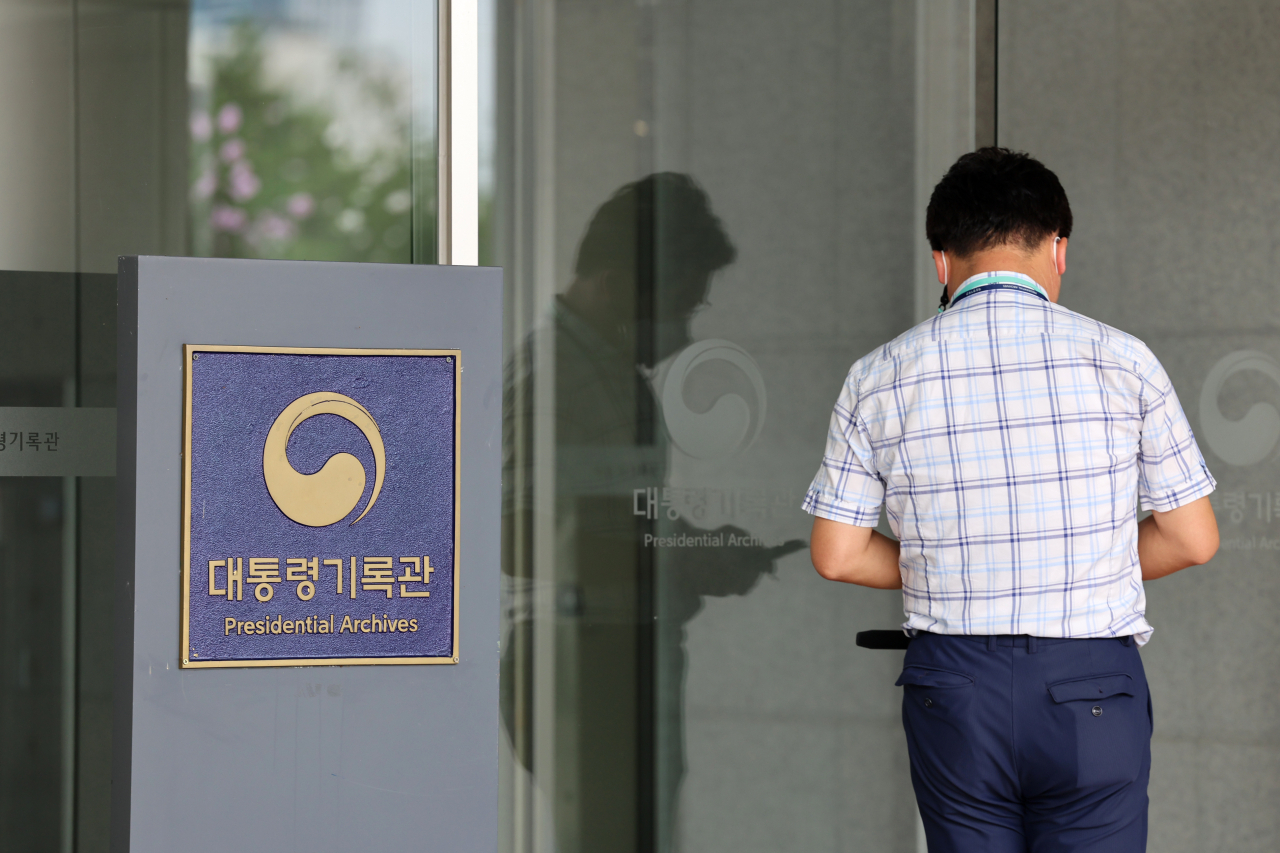 An official enters the Presidential Archives in the central administrative city of Sejong on Friday, amid prosecutors' raid on the agency. (Yonhap)

DAEJEON -- Prosecutors on Friday raided the Presidential Archives as part of their investigations into possible illegalities in the controversial decision by the preceding Moon Jae-in government to close an aging nuclear reactor earlier than its legal expiration date.

The Daejeon District Prosecutors Office sent prosecutors and investigators to the Presidential Archives in the central administrative city of Sejong to search for documents related to the early closure decision for the Wolsong 1 reactor in 2019.

The Wolsong 1 reactor built in 1983 in the southeastern city of Gyeongju, which became the nation's oldest nuclear reactor after the permanent closure of the Gori 1 reactor in 2017, was scheduled to continue its operations until 2022.

But the state-run Korea Hydro & Nuclear Power Co. decided in December 2019 to close the Wolsong 1 reactor, citing the Moon government's viability assessment. The following year, however, the Board of Audit and Inspection said that the reactor's economic viability was unreasonably undervalued.

The Moon administration had pushed for the controversial campaign to phase out the nation's use of nuclear energy in favor of renewable sources.

Prosecutors are reportedly looking into whether Moon's office had played any role in connection with the early reactor closure decision. (Yonhap)