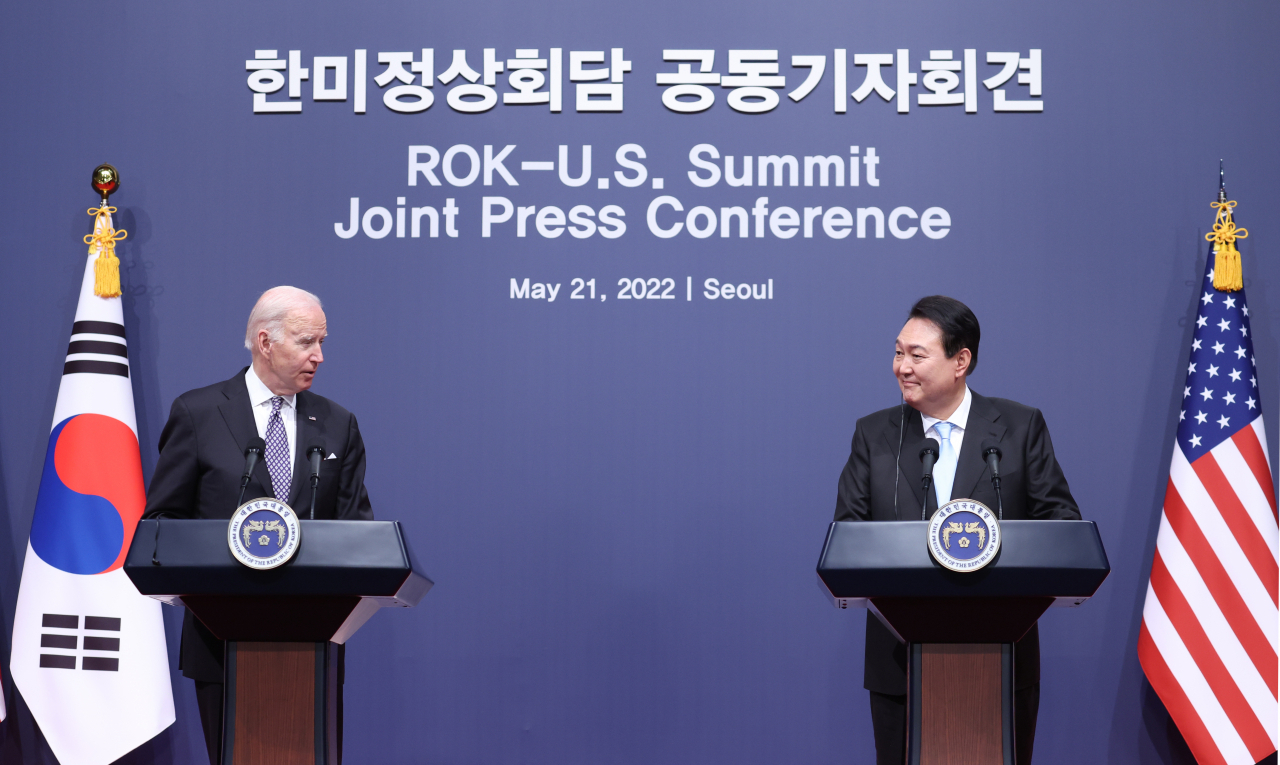 South Korean President Yoon Suk-yeol (R) and US President Joe Biden speak during a joint news conference after holding talks at the presidential office in Seoul on May 21. (Yonhap)

Finance Minister Choo Kyung-ho said as a ministerial meeting of the IPEF, the new economic framework launched by US President Joe Biden in May, will be held from Sept. 8-9, its official negotiations will start in earnest.

He said from the rule-setting stage, there is a need to reflect his country's stance and build multilayer cooperation networks for resilient supply chains.

"In this sense, the government plans to actively take part in IPEF negotiations in its major areas," Choo said at a meeting with ministers in charge of economic affairs.

The minister said the government aims to complete its related domestic procedures in August, including its briefing to the National Assembly.

The Korean government hoped its joining of the IPEF will help diversify the country's supply chains amid fast-changing global trade circumstances.

Meanwhile, Choo said the government will step up economic cooperation with China, the country's largest trading partner, as the two nations marked the 30th anniversary of establishing their official ties this year.

"Through high-level economic talks between the two countries and other channels, we plan to discuss ways to deepen cooperation in areas spanning from culture, public health, economic policies and supply chains to ways to ease difficulties facing Korean firms doing business in China," he added.

South Korea is reviewing its possible participation in the US-led semiconductor alliance, called "Chip 4," amid concerns that its joining could cause friction with China if it develops into an exclusive grouping against Beijing.

The Chip 4 is an envisioned alliance of semiconductor powerhouses tentatively involving the US, South Korea, Japan and Taiwan, widely considered a grouping against China and aimed at countering Beijing's influence in global supply chains. (Yonhap)