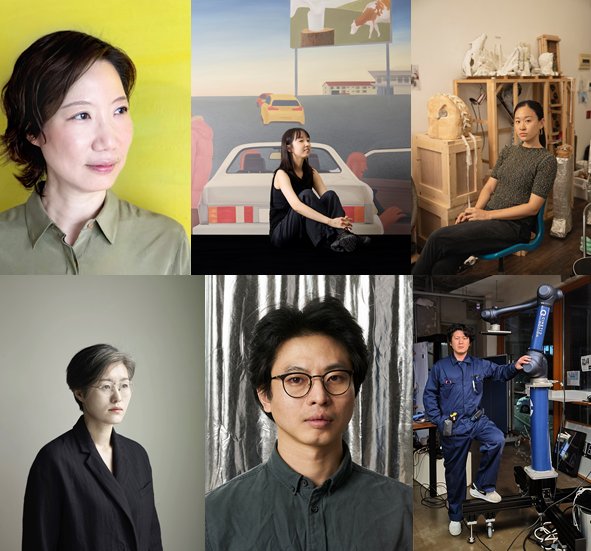 Chanel Korea and Frieze will team up to spotlight Korean emerging and established artists through the video series “Now & Next,” set to premiere in celebration of the inaugural Frieze Seoul on Sept. 2 at Coex in southern Seoul.

The video series will be showcased during Frieze Week, which begins Aug. 29 ahead of the inaugural art fair in Seoul.

Frieze, one of the world’s major art fairs, will land in Seoul -- the first Asian city to host the art fair -- in collaboration with Kiaf Seoul, a Seoul-based art fair run by the Galleries Association of Korea.

Chanel Korea said the partnership with Frieze is part of efforts to extend the fashion brand’s “100-year legacy of engagement with the arts … fostering artistic innovation and creating the conditions for artists to dare.”

The “Now & Next” series, produced by Frieze with the support of Chanel, will feature six artists -- established figures Park Jin-a, Park Kelvin Kyung-kun and Chung Hee-seung, along with three emerging names in Ryu Yae-rim, Lee Eu-sung and Kim Kyoung-tae. Each established artist will pair up with an emerging artist to create video content that links the accomplishments of “now” with the visionary “next” in an artistic dialogue between the two generations. The series will be unveiled at a talk at the Chanel Seoul flagship location in Gangnam, southern Seoul during the Frieze Week.

“Chanel is delighted to be celebrating creativity and promoting artistic innovation during the inaugural Frieze Seoul. The vitality of Seoul’s contemporary art scene and the cultural conversations taking place during Frieze Week make it the ideal moment to extend the House legacy of engagement with the arts and its commitment to the bold ideas that drive culture forward,” said Yana Peel, Chanel’s global head of arts and culture.

The four-day art fair will feature 119 galleries with a primary focus on contemporary art. In addition, a special section of Frieze Masters galleries will be dedicated to art from antiquity through to the 20th century.