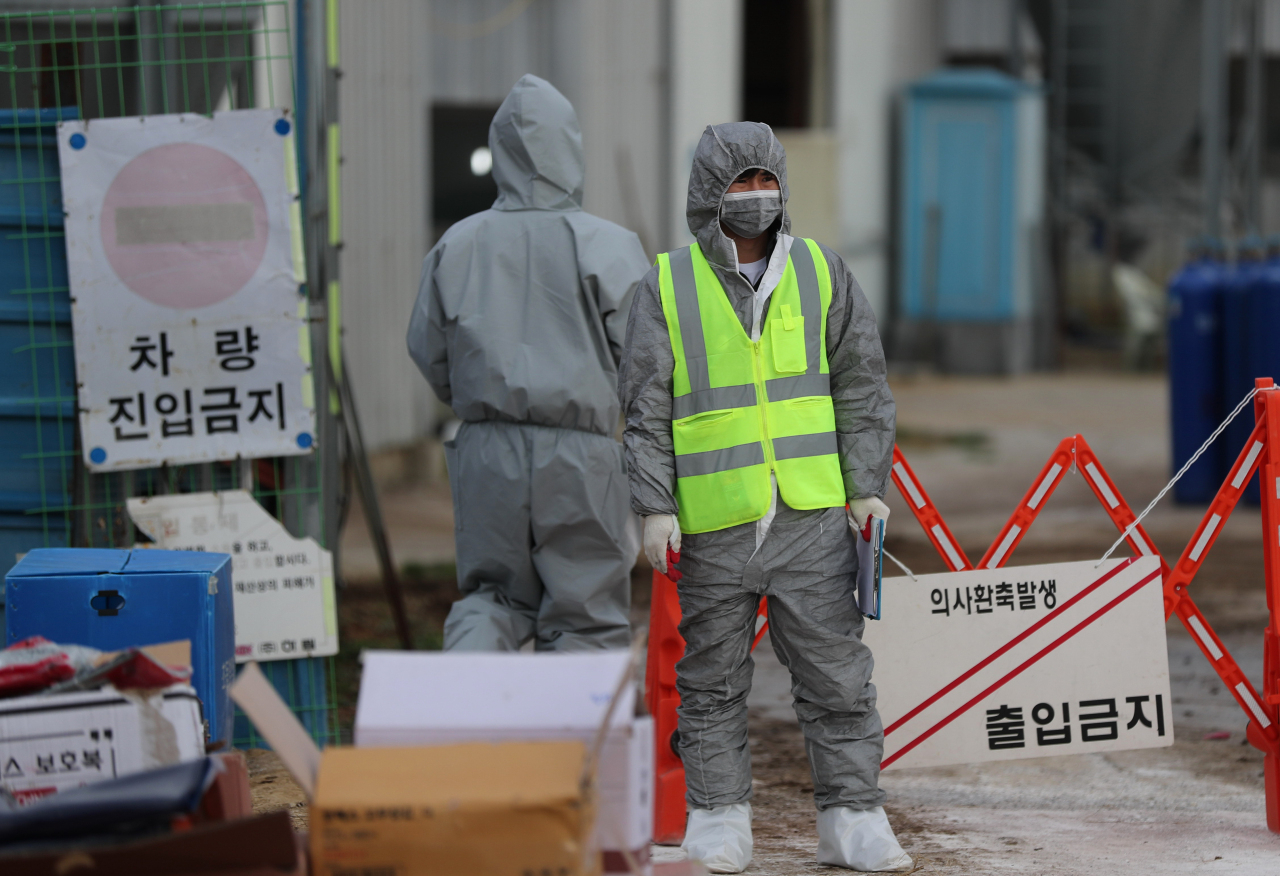 Traffic access is restricted Sunday at a poultry farm in Jeongeup, North Jeolla Province, after an outbreak of the highly pathogenic avian influenza was confirmed at a farm nearby a day earlier. (Yonhap)

The agricultural ministry has issued a 48-hour standstill order on pig farms and related facilities in the eastern Gangwon Province after confirming this year's second African swine fever (ASF) case.

The movement ban effective through 10:30 p.m. Saturday came as the animal disease broke out at a pig farm in Yanggu, a county located about 175 kilometers northeast of Seoul, late Thursday, according to the Ministry of Agriculture, Food and Rural Affairs.

It marked this year's second ASF case, with the first one in May.

Quarantine officials are working to slaughter all of the around 5,610 pigs raised at the farm in an effort to stem the spread of the virus, and to carry out tests of all farms in the province, the ministry said.

Extensive disinfection work is also under way at pig farms and adjacent areas across the nation, it added.

Prime Minister Han Duck-soo instructed officials to fully implement quarantine steps by mobilizing all resources available to contain the spread and to figure out the exact infection route.

The latest outbreak has sparked concerns over the pork supply, particularly ahead of the Chuseok fall harvest holiday next month.

But the authorities said the culling is not expected to affect the supply and prices, as the slaughtered pigs this time accounted for a mere 0.05 percent of the total pigs raised in the country.

ASF does not affect humans but is deadly to pigs. There is currently no vaccine or cure for the disease. (Yonhap)