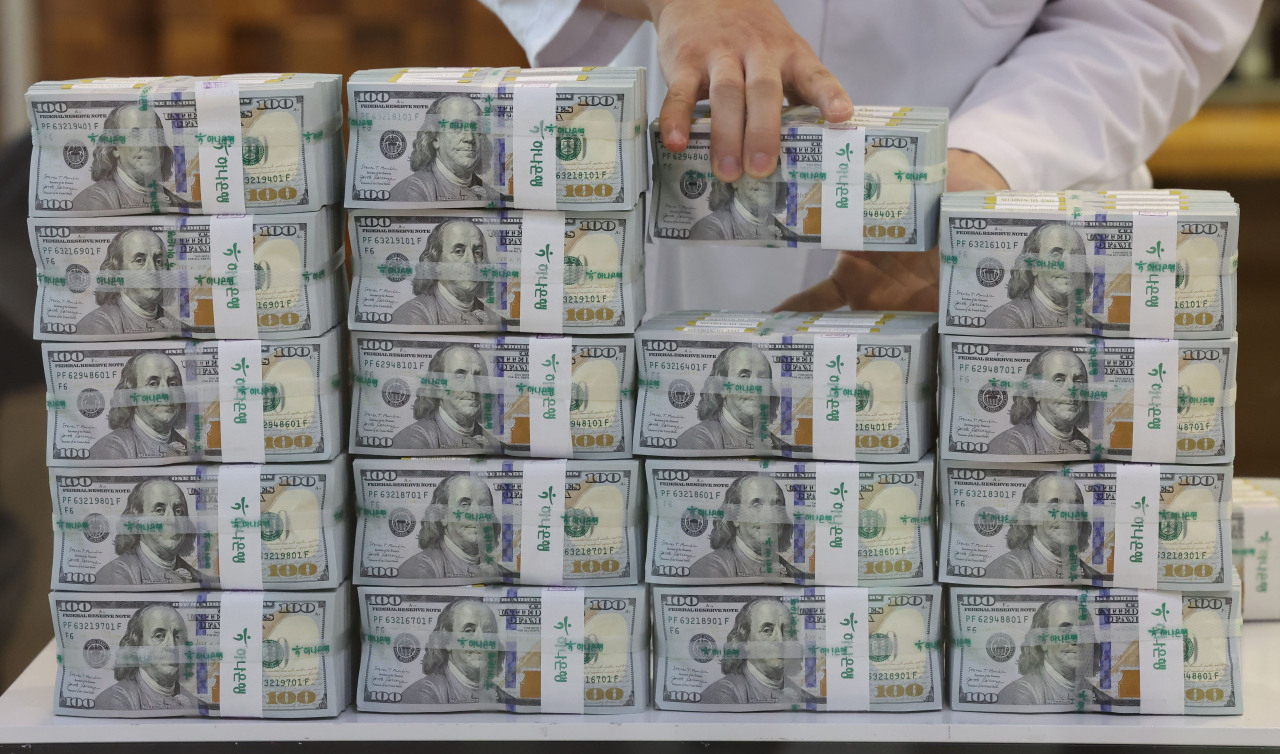 South Korea said Friday it plans to preemptively tackle a rise in the short-term foreign debt and volatility of cross-border capital flows as heightened external economic uncertainty could pose risks to its external soundness.

The government also said the pace of the South Korean currency's weakness against the US dollar is not steep, compared with other major currencies such as the yen and the euro.

"South Korea's external soundness remains relatively good even in the midst of heightened global uncertainty. But the global economic slowdown, volatility in energy prices and the Federal Reserve's rate hike drives could also pose risks to the external soundness," the finance ministry said.

Concerns about capital flight have increased as the Fed's aggressive rate hikes made US interest rates stand higher than Korea's borrowing costs.

Capital outflows are feared to further weaken the Korean currency against the dollar, putting upward pressure on inflation. The won has slid around 10 percent per dollar so far this year.

To preemptively tackle risks, the government said it plans to encourage public institutions to issue long-dated foreign currency-denominated bonds in an effort to reduce reliance on short-term debt.

The country's foreign debt came to $662 billion as of end-June, up $7.9 billion from three months earlier, according to central bank data.

Its short-term debt that matures in a year rose $8.9 billion on-quarter to $183.8 billion.

"The country's short-term debt rose this year, led by banks, but local banks have adequate capacity to repay foreign debt, given their FX liquidity conditions," the ministry said. (Yonhap)