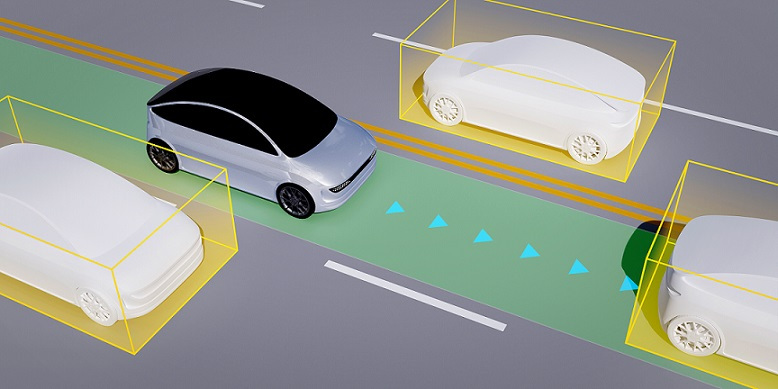 
Tech evangelists say artificial intelligence and robots will one day liberate humans from simple and repetitive physical or cognitive tasks.

But before we are all freed from the tedium of such chores, AI first needs an army of patient workers to teach it the subtleties of the real world, such as how to differentiate between a cat and a dog.

Known as data labelers or data annotators, these workers handle large amounts of raw data, made up of images, videos or audio recordings, and label them to be fed into machine learning algorithms.

Only after it is trained by a sufficient amount of labeled data -- think thousands of images of felines of different breeds, colors and sizes, each tagged as a cat -- can the AI distinguish a cat on its own.

Since January, 45-year-old homemaker Yang Jung-yeon has worked as a part-time data labeler, spending hours at home marking images for the AI using her smartphone or computer. 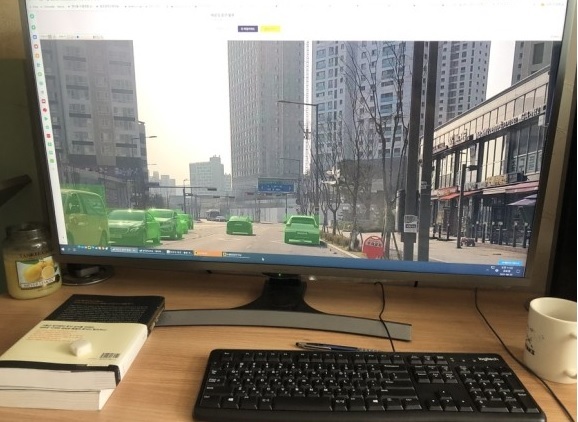 A 45-year-old homemaker Yang marks every car she sees and adds a tag to denote that they are vehicles. (Courtesy of Yang)
“It‘s similar to when we read kids a picture book. We usually point out specific things and add explanations to help children understand,” Yang told The Korea Herald.

As simple as it sounds, the job is tedious and repetitive. While it does not require any special training, data labelers need to be attentive and able to sit in front of a screen for long periods.

“Data labeling is a part-time job without special requirements, a perfect match for homemakers like me. I can work from my house with my smartphone or laptop. Also, the online platform for the labeling process isn’t that difficult to use,” said Yang, who previously worked as a hotelier until becoming a homemaker 10 years ago.

Data labeling is critical for the development of any AI project. The process is applied not only to images but also to video and audio, according to AI data company AIMMO, AI data company.

Data labeling is what powers now-ubiquitous AI-based voice assistant services like Samsung Electronics‘ Bixby and Apple’s Siri and allows them to understand a variety of intonations and accents. To train voice-activated AI technology, data labelers add verbal explanations to every sentence spoken, AIMMO explains on its website.

‘Nogada’ of the AI era

According to a 2019 report by AI crowdsourcing platform CrowdWorks, more than half of data labelers in the country had taken the job as a way to make a supplementary income. More than 80 percent were salaried workers.

This is why data labelers are called the “nogada” of the digital era. Nogada, meaning manual laborers, usually refers to casual labor at construction sites but can also be used for homemakers earning extra cash by attaching plastic eyes to stuffed dolls or folding pizza boxes.

According to Altovision, a company specializing in creating training datasets for AI, data labelers, who mostly work as freelancers or contract workers, earn a median hourly wage of 17,000 won, in a country where the current minimum wage is 9,160 won.

Demand for data labeling work will increase as the application of AI in business and everyday life continues to grow, said Oh Joo-yang, a director at Altovision.

“Despite increased workplace automation, some jobs are still better performed by humans. It is humans who can teach machines how to think and behave. Data processed and labeled by humans is the lifeblood of AI,” said Oh.

Korea‘s Science and ICT Ministry has created the “Data Dam,” an initiative that is fueling the growth of related industries.

Launched in 2020 as part of the country’s Digital New Deal, the project made data collected from public and private networks available to train AI models across eight key business areas, including self-driving vehicles and healthcare.

To help utilize the data for AI development, the National Information Society under the ministry has launched a financial support program for local tech startups to collect and label data.

The government assistance for each participating company ranges from 1.3 billion won to 5.2 billion won, depending on the size and type of the data. The refined datasets for AI are provided on the government agency‘s open data portal AI Hub.

Altovision’s Oh said data labeling is typical of a new form of employment that mobilizes a large pool of online workers for a certain project.

Dubbed “crowd employment,” workers are asked to handle simple tasks that can be done independently through online platforms. The combined efforts of people scattered all over the world result in a specific output, like a wide pool of training datasets for AI.

Currently, most crowd workers are part-timers who want side jobs to earn extra money. But this could change in the future, according to Oh.

“I‘ve seen a crowd worker whose main job is a data labeler. He has worked at different tech startups for more than three years. Crowd work could become a main occupation in the near future, especially among digital-savvy, young people,” he said.