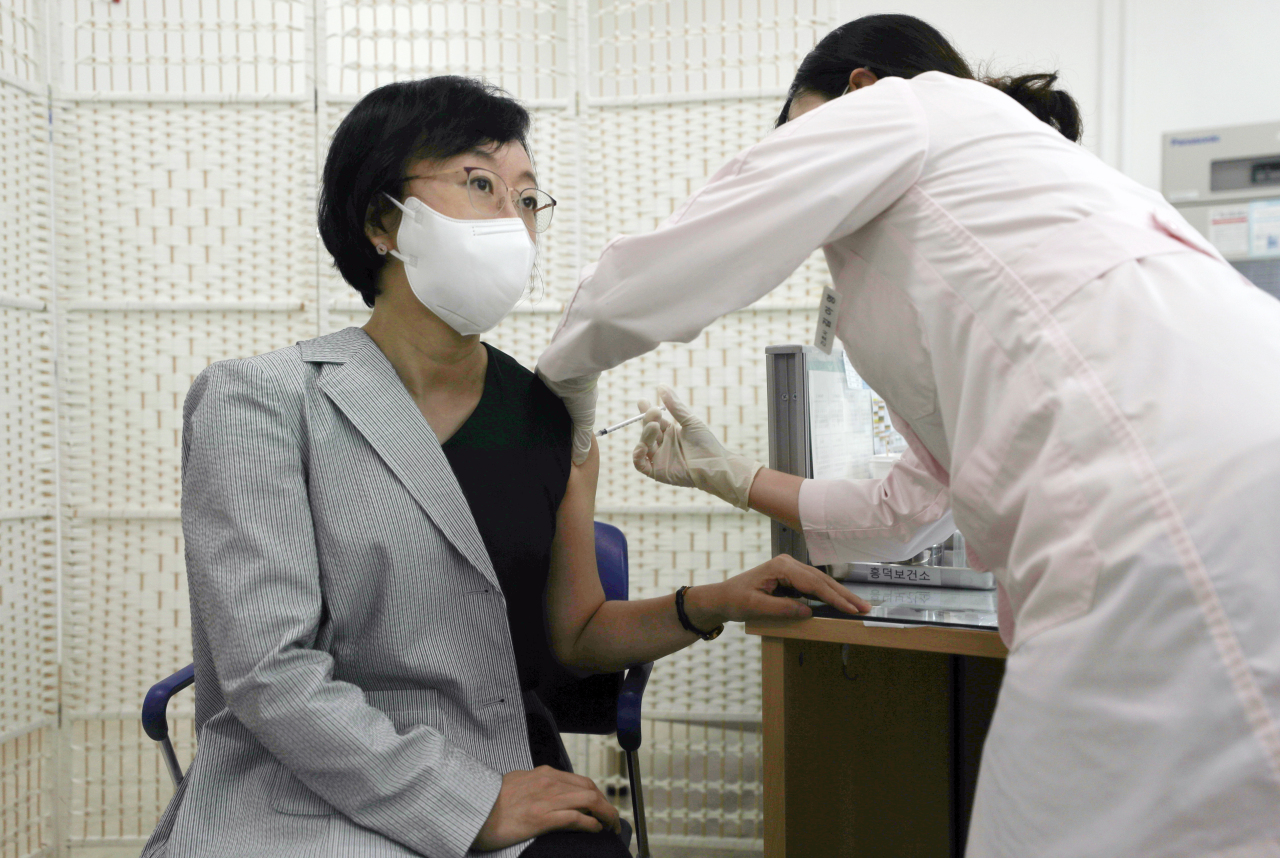 The latest vaccine advice says boosters or third doses are recommended to all adults aged 18 and up as well as clinically vulnerable children aged 12 to 17, if their last infection was three months or longer ago.

Previously, eligibility for boosters or third doses opened up for fully vaccinated people aged 12 and older past three months since the day of a positive test. But their recommendation was limited to people who have not had an infection.

The Korea Disease Control and Prevention Agency’s senior official Lim Eul-ki explained during a press briefing Thursday that boosters were more widely recommended to cut the risk of reinfection.

The KDCA analyzed 84,646 local cases of reinfections and found that people who have been boosted were 74 percent less likely to get reinfected than people who have never been vaccinated. For people who have had a primary vaccine series, the likelihood of infection was 48 percent. The 84,646 reinfection cases are from the beginning of the pandemic up to July 16.

The KDCA warns that the incidence of reinfection has been rising over the past month as more immune-evasive BA.5 subvariant began to dominate. In the first week of August, 6.1 percent of newly confirmed cases were reinfections, up from the previous week’s 5.4 percent.

So far over 90 percent of people in their 60s and older here have received their third doses. Out of the total population the rate stands at 65 percent.