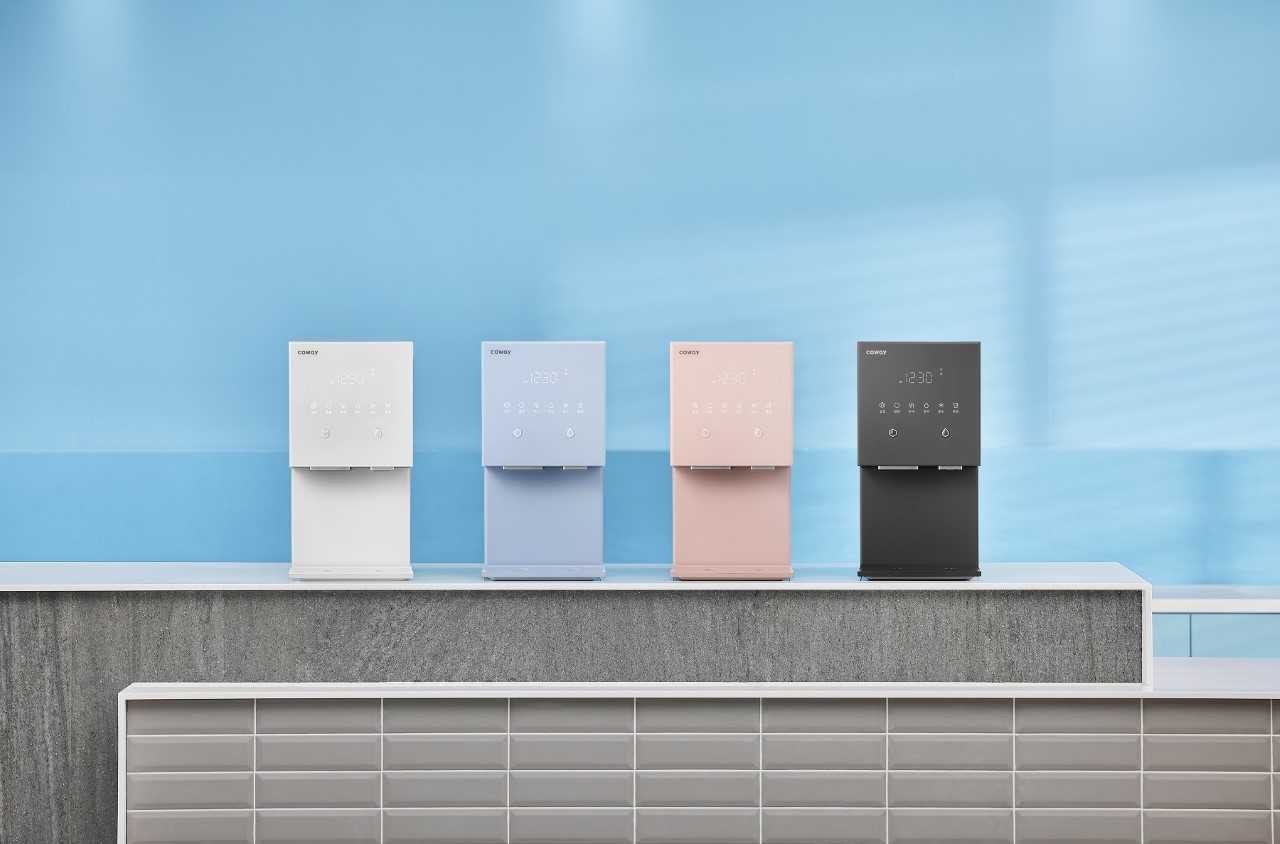 The new product’s inventory for August was sold out in the beginning of the month, and orders continue to flood in, according to a Coway official.

“We began running water purifier production lines to full capacity in July, but it’s still hard to meet the high volume of orders,” he said.

Catering to consumers who don’t want a big machine to take up space in their kitchen, Coway reduced the size of its ice-making water purifier by about 40 percent, unveiling Icon, the smallest such product in Korea, in June.

To meet consumer needs for more ice in shorter time, Coway applied its patented “dual” fast ice-making technology which takes only 12 minutes to make ice at a time and can produce up to 600 cubes of ice per day. It also makes ice cubes of two different sizes – 10 grams and 7 grams – for consumers to use in food and drinks.

Using a technology that removes air bubbles in the ice-making process, the Icon produces hard ice that doesn’t melt easily as many consumers prefer the ice in their drinks to dissolve slowly, Coway said.

The product also has a UV sterilizing function, with UV LED lamps on all parts that make and dispense ice and water, including the ice tray, ice container, ice faucet and water faucet.

The Icon has obtained a Quality and Performance Mark from testing and certification company Intertek for its sterilizing power.

Using an IoCare app, consumers can keep the machine from making ice during set hours to minimize noise and monitor the product’s condition in real time through an AI smart diagnosis function.