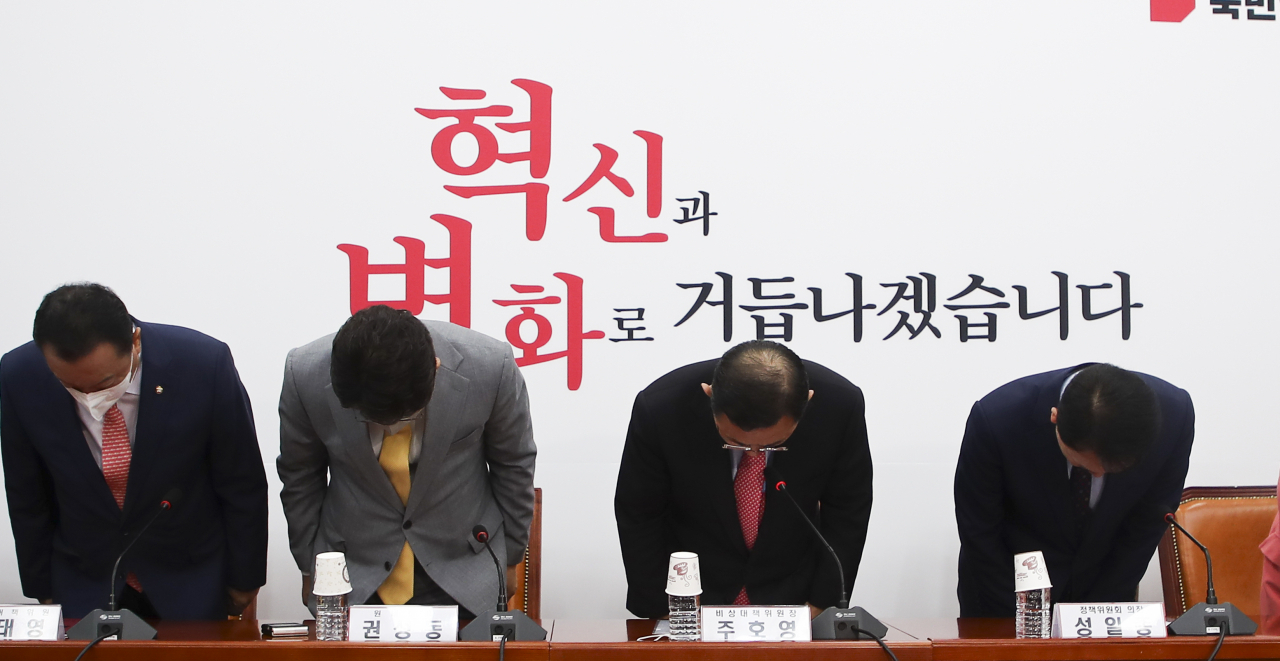 The ruling People Power Party's interim leadership apologizes for turmoil from its leadership transition in an emergency committee meeting held at the National Assembly in western Seoul on Thursday. (Yonhap)

The interim leader of the ruling People Power Party (PPP) apologized Thursday for turmoil from the party's leadership transition, vowing to win back people's support through "reform" and "unity."

"The party sincerely apologizes to the people and our supporters and is reflecting on itself for failing to resolve the internal conflict and division and allowing the situation to evolve into a legal fight," Rep. Joo Ho-young told the first meeting of the PPP's emergency committee.

The ruling party has been in disarray since former chairman Lee Jun-seok's party membership was suspended last month over allegations of sexual bribery and a cover-up.

Lee has claimed he is innocent and filed for an injunction with the Seoul Southern District Court against the PPP last week to stop the launch of the emergency leadership committee that automatically removed him from office.

The court has yet to reach a decision.

In the meeting, Joo also apologized for inappropriate behavior and remarks by some of its members and the party's lack in helping President Yoon Suk-yeol's government quickly settle down.

"The party will earn people's love and trust by reform and change and never worry people over management issues again with harmony and unity," Joo said, adding it will also actively listen to and deliver public opinion to the government.

The PPP officially broke up the Supreme Council headed by Lee and replaced it with an emergency committee headed by Joo earlier this week. (Yonhap)