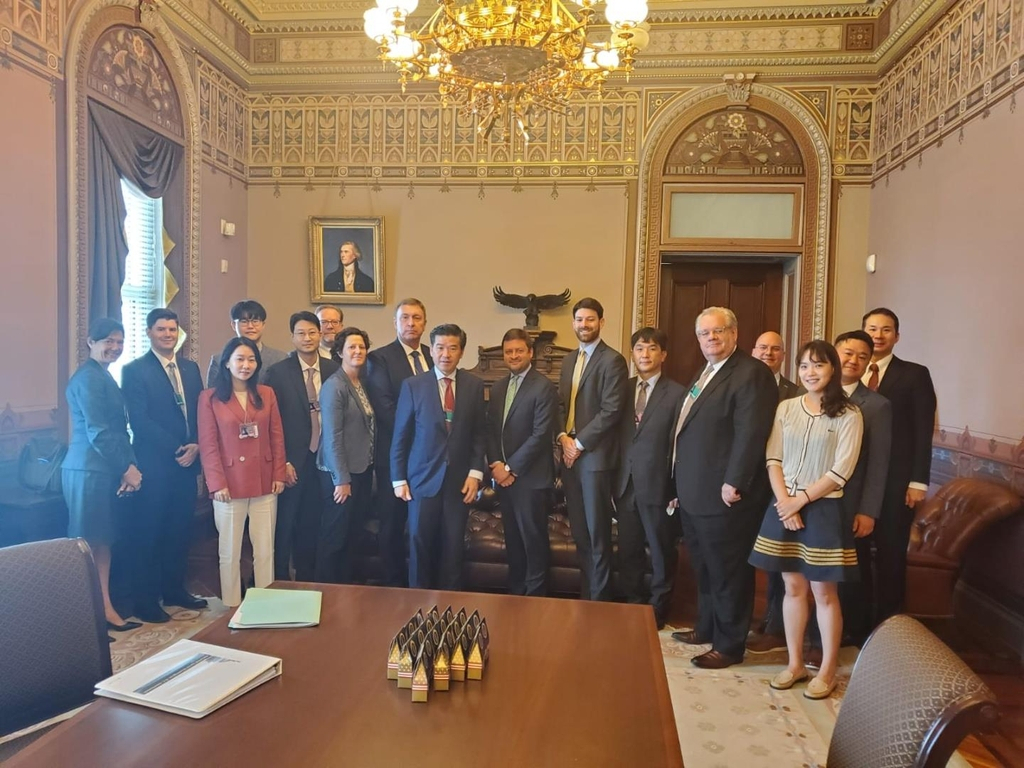 An AMCHAM delegation poses for a photo at the White House on July 29, 2022, after meeting with officials of President Joe Biden's administration, in this photo provided by AMCHAM. (AMCHAM)

An American Chamber of Commerce in Korea (AMCHAM) delegation has discussed economic security and partnerships, including the new US-led Indo-Pacific Economic Framework (IPEF), with US government officials and lawmakers during their recent visit to Washington, AMCHAM said Thursday.

The 14-member delegation made the three-day trip to the United States starting July 27 as part of its annual business-promoting program that resumed after a two-year hiatus over COVID-19. They met with senior officials of President Joe Biden's administration and several other members of Congress.

During the meetings, the delegation emphasized the need to prioritize South Korea as a key ally in the IPEF, and proposed "concrete and strategic ways" that the US could deepen its ties with Seoul, AMCHAM said in a release.

In particular, the delegation identified supply chains, a key pillar of the IPEF, as an area critical to economic security and important for US-South Korea dialogue. In this regard, AMCHAM said it plans to create an IPEF working group to work closely with the governments of the two countries.

The delegates also urged the lawmakers to provide more economic incentives for Korean companies to invest in the US to sustain investment growth, AMCHAM said. (Yonhap)