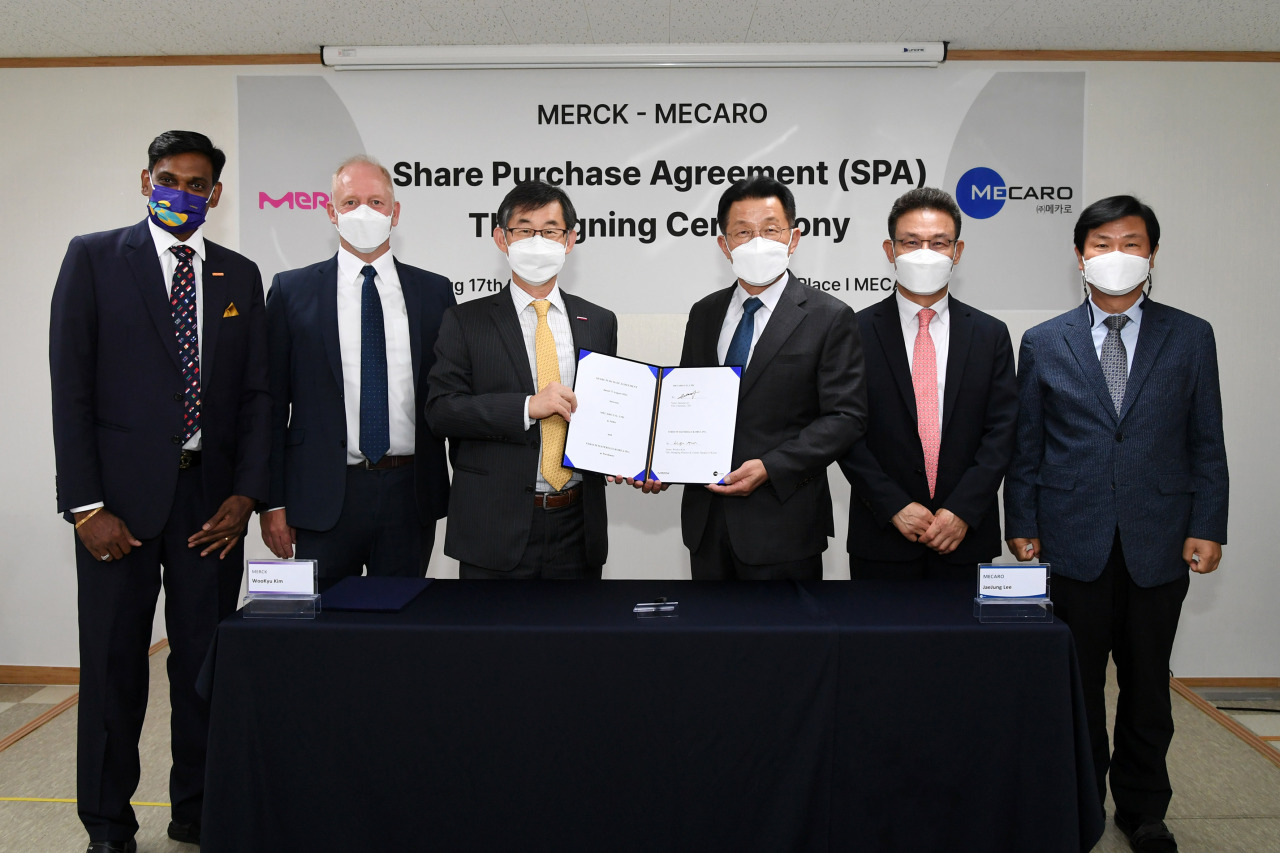 Representatives of Merck and Mecaro, including Managing Director of Merck Korea Kim Woo-kyu (third from left), pose for a photo during a signing ceremony held Wednesday. (Merck Korea)
German electronics technology firm Merck announced Wednesday that it has signed a deal to acquire the semiconductor-grade industrial gas and chemical operation of Korea-based listed company Mecaro for 110 million euros ($111.9 million).

The transaction will involve business assets dedicated to chemical precursors used in thin film deposition for semiconductors, as well as some 100 employees. Mecaro is expected to split off the chemical business for the deal.

The cash deal is expected to be closed in the fourth quarter and is subject to regulatory clearance as well as the satisfaction of other customary closing conditions, according to Merck.

“The offering of Mecaro’s chemical business very nicely complements our broad semiconductor solutions portfolio. The combination of Mecaro’s thin film technology (competency) and our global footprint will provide our customers with an additional value add,” Kai Beckmann, member of the executive board of Merck, said in a statement.

Merck runs a production facility in Eumseong, North Chungcheong Province and a research lab in Daejeon. Mecaro, based in Pyeongtaek, Gyeonggi Province, manufactures heater blocks and chemical precursors for semiconductors.