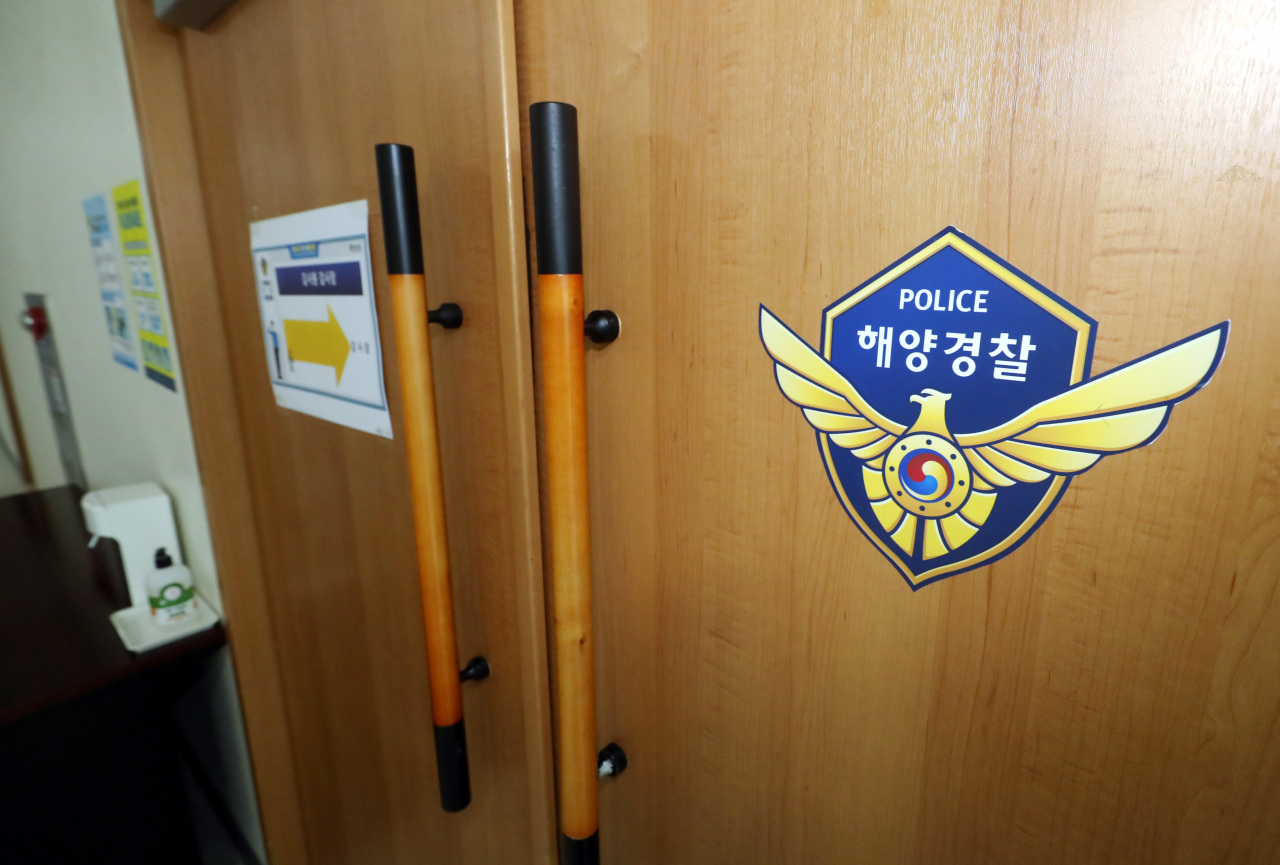 The entrance to the audit office of the Korea Coast Guard building in Incheon, where the prosecution is staying for seizure and search, is closed, Wednesday. (Yonhap)
Prosecutors on Wednesday searched the Korea Coast Guard in the expanding probe into allegations surrounding the 2020 killing of a South Korean civil servant by North Korean soldiers.

Officials from the Seoul Central District Prosecutors‘ Office searched the Coast Guard building in Incheon, and secured related documents from the Coast Guard’s security department, which first investigated the case. Electronic documents and messenger data from other departments has been also secured.

Wednesday’s search comes a day after the prosecution carried out a search and seizure at the homes of former intelligence and defense chiefs of the Moon Jae-in administration.

The secured materials will be analyzed to determine whether the Moon administration interfered in the initial investigation.

The civil servant, 47-year-old Lee Dae-jun, was killed by North Korean soldiers on Sept. 22, 2020, after going missing in South Korean waters. The Coast Guard announced the results of an interim investigation a week after Lee’s death, and said he was believed to have been killed while attempting to defect to North Korea.

However, the Yoon Suk-yeol government has revisited the case. The Coast Guard held a press briefing on June 16 and overturned the conclusion saying there was no concrete evidence to confirm that Lee was intending to defect.