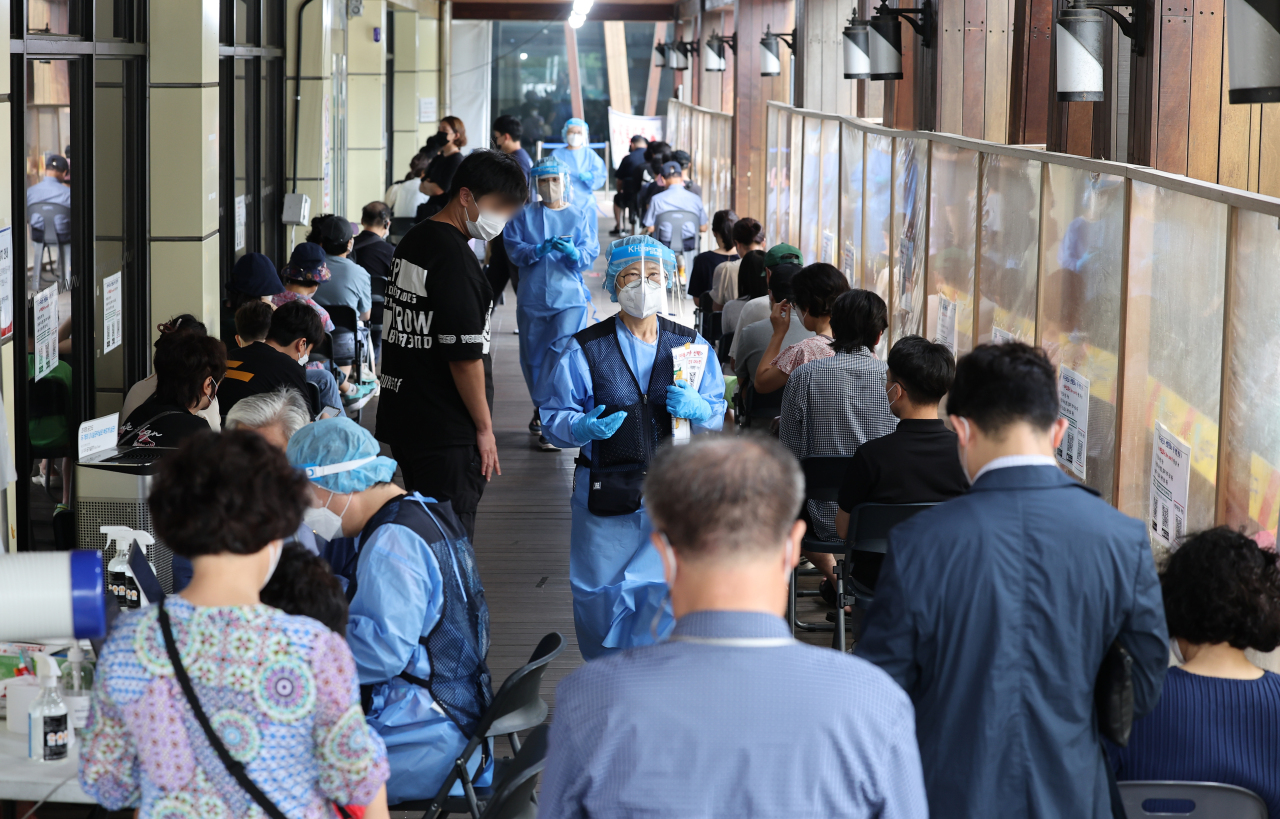 According to the Korea Disease Control and Prevention Agency, Tuesday’s daily tally of new COVID-19 infections jumped to 180,803.

The figure was up around 20 percent from a week ago. It was also the highest figure since April 12, when the country added some 195,000 cases.
“An increase in travelers during the summer vacation season and the recent extended holiday, which included Liberation Day, are expected to have an impact (on daily infections) this week,” Kim Sung-ho, the head of the interior ministry’s disaster management office, said during a COVID-19 response meeting held on Wednesday morning.

Kim said the reproduction rate of the pandemic last week was 1.18, staying above 1 -- the point needed to sustain spread of the virus -- for seven straight weeks.

On Tuesday, the number of critically ill patients came to 469, down from the previous day‘s 563 cases.

Meanwhile, South Korea‘s confirmed COVID-19 cases per million people during the seven-day period between August 7-13 were the highest among 216 countries, according to related data collected by Our World in Data.

KDCA chief Peck Kyung-ran admitted that the country’s daily infections are one of the highest in the world. She added that the infections among young adults in their 20s and 30s are particularly very high.

Peck, however, noted that the rate at which COVID-19 patients develop severe cases has been decreasing and staying very low, even when compared to the members of the Organization for Economic Cooperation and Development.

Jung Ki-suck, the head of an advisory committee on infectious diseases, also noted Wednesday that the most important thing at the moment is to minimize the number of severe cases and deaths from the virus. Jung added the number of daily cases does not pose a great threat yet.

”We cannot just allow the number of confirmed cases to increase to the extent that we cannot handle,“ Jung said, adding that if the number of infections increases to a dangerous level, the government will introduce measures to contain the spread.

In the meantime, he said, the country will maintain the current level of antivirus measures and focus on people in high-risk groups.