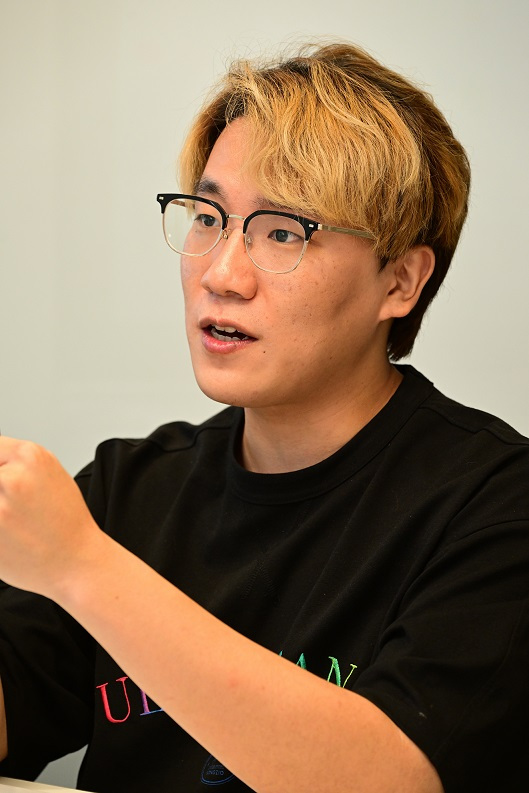 Jin Seung-hyuk, CEO of KLleon, poses for a photo during an interview with The Korea Herald. (Park Hae-mook/ The Korea Herald)
The age of digital avatars is coming. Soon, there will be countless virtual humans taking up various roles, such as store clerks, brand models and social influencers.

Ordinary people, too, will have digital versions of themselves, though not necessarily similar looking, deployed for everyday interactions on social media and online spaces, says Jin Seung-hyuk, founder and CEO of KLleon, a Seoul-based startup specializing in technology to create virtual humans.

“I don’t think it’s a long-distant future,” said the 30-year-old entrepreneur, as he spoke of the coming “explosion” of virtual humans in a recent interview.

With its self-developed deep learning technology, KLleon can turn anyone into a virtual character. All you need is a “single photo and 30 seconds of voice data,” Jin said. At CES 2022, a global tech show, the firm, which was founded in January 2019, won two innovation awards in the software and mobile app categories.

KLleon takes a two-pronged strategy to put its technology to use. One is to make digital avatar creation as easy as possible for individual users and the other is a tailored solution for institutions that need virtual characters for various purposes.

Kamelo, its mobile platform and app, takes care of the first part. 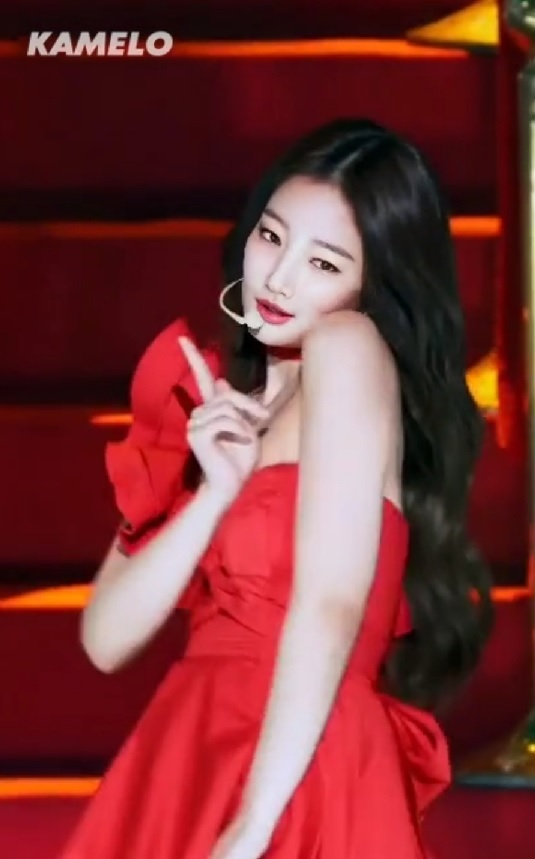 An image shows a digital avatar created by merging the photo of The Korea Herald reporter Choi Jae-hee and that of K-pop singer IU via Kamelo. (Kamelo)
At its core, Kamelo is similar to TikTok, a viral content platform owned by Chinese company ByteDance, in that it hosts numerous short-form videos.

What sets Kamelo apart is that its users do not need to appear in those videos themselves. They can create artificial intelligence-generated personas for video generation, while TikTok only offers face filters.

When this reporter checked, Kamelo had a plethora of perfect-looking virtual humans whose faces and voices seem to have been infused with those of celebrities. 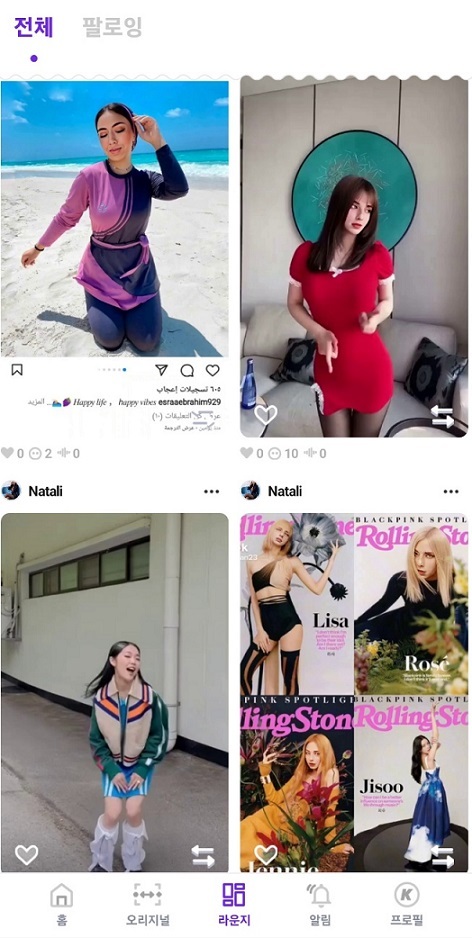 A screenshot shows KLleon’s video-sharing app Kamelo, where users produce short videos using their digital avatars created through the app’s face synthesis function. (KLleon)
This means that anybody, regardless of age, gender, race or other physical traits, can become a virtual social influencer and generate profits, similar to the way YouTube gave birth to YouTubers, Jin stressed.

Unlike YouTube, however, videos on Kamelo cannot currently be shared outside the platform.

Another core target group for KLleon are businesses seeking to elevate the consumer experience through AI-generated staff.

“KLleon produces virtual characters by applying visuals and voices that best capture a brand’s identity. The digital humans then can perform video chats with customers,” said the CEO, who first tried his hand at running a business at age 21 while studying electronic engineering at Hanyang University.

He revealed that the company is currently working with Hyundai Motor to give its in-vehicle information system a virtual person upgrade.

Consisting of more than 30 experts in related technologies, as well as branding and marketing, the fledgling startup had attracted total investments of 4 billion won ($3.1 million) as of December last year, including 2 billion won from Kakao Investment. Its corporate value is estimated at 1.6 trillion won, according to venture capital investors Blue Point Partners.

The global digital human avatar market is projected to surge to $527.6 billion by 2030 from $10 billion in 2020, according to research and consulting firm Emergen Research.

Jin sees there are clear benefits that AI-powered virtual humans can deliver. For instance, in areas where face-to-face interactions with consumers is important, deployment of digital characters could improve work efficiency and customer experience, he stressed.

“A virtual clerk on a kiosk installed in an unmanned store can assist the elderly when they’re having difficulties in front of the screen. Technology can be developed in the direction for helping the people,” he said.

“Whether the virtual human market brings dystopia to the society depends on us, especially companies. For virtual humans to innovate how we communicate and work, our efforts to use them with good intentions are pivotal.”