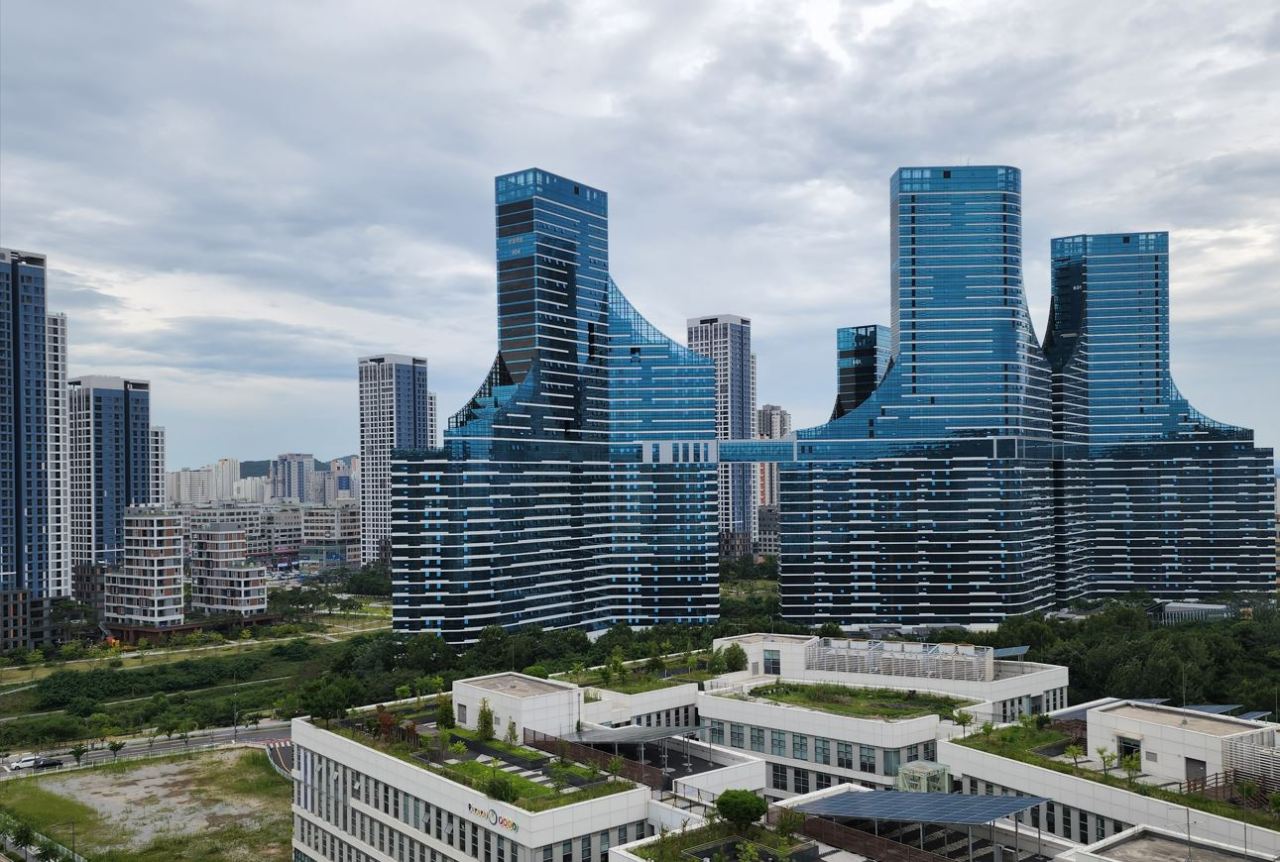 Apartment complexes are seen around the government complex in Sejong on July 30. (The Korea Herald)
SEJONG -- The Yoon Suk-yeol administration said Tuesday that it will provide 2.7 million new homes nationwide over the next five years by easing regulations on redevelopment and reconstruction, as well as designating a group of locations as new towns for development.

The first home supply plan under the Yoon administration was unveiled at a ministerial meeting in Seoul, whose participants included Minister of Economy and Finance Choo Kyung-ho and Land Minister Won Hee-ryong.

For other areas, the government will supply 520,000 units in six major cities -- Busan, Daegu, Daejeon, Gwangju, Ulsan and Sejong -- and 600,000 units in the eight remaining provinces, according to the Land Ministry.

The other 1.3 million units will be offered via urban development projects pushed by the private sector. The Land Ministry said it would provide a variety of incentives for private businesses engaged in innovative city development.

The ministry said the redevelopment and reconstruction projects will include those for the first new residential towns in five Gyeonggi Province cities -- Ilsan of Goyang,  Jungdong of Bucheon, Sanbon of Gunpo, Pyeongchon of Anyang and Bundang of Seongnam -- that were fostered in the late 1980s and early 1990s.

These towns are set to undergo full-fledged urban rehabilitation starting from next year.

In a bid to vitalize the reconstruction, the government will announce the measures on scaling back the share charges -- for construction of new apartments -- on residents at old apartments from as early as next month.

The government also plans to ease the standard on safety inquiries on old apartment complexes, targeting a faster and active reconstruction process.

Land Minister Won said that the administration “would provide new homes in Seoul, whose tally of 500,000 units will be higher by 50 percent than that of units offered (in the capital) during the past five years.”

He said the government will not spare any effort to provide homes for those thus far unable to be homeowners, adding they had been deprived of the opportunity of purchasing homes during the past administration due to a record-breaking spike in apartment prices.

Among these details, the plan for supply of 880,000 units in the third and coming fourth new residential towns is projected to draw wide attention from the market.

As this plan accounts for more than 30 percent of the collective 2.7 million supply plan, the market is likely to put its focus on the state’s coming designation of new locations for apartment construction. Among the third new towns are Changneung of Goyang, Wangsuk of Namyangju and Gyosan of Hanam, all in Gyeonggi Province, and Gyeyang of Incheon.

The Land Ministry said it would designate candidate sites for about 150,000 homes by next year, as the initial step, and further unveil locations after 2023 in consideration of market conditions.

Some market insiders say that fast-rising interest rates and a spike in raw materials prices for construction could be main hurdles for the state-led supply plan.