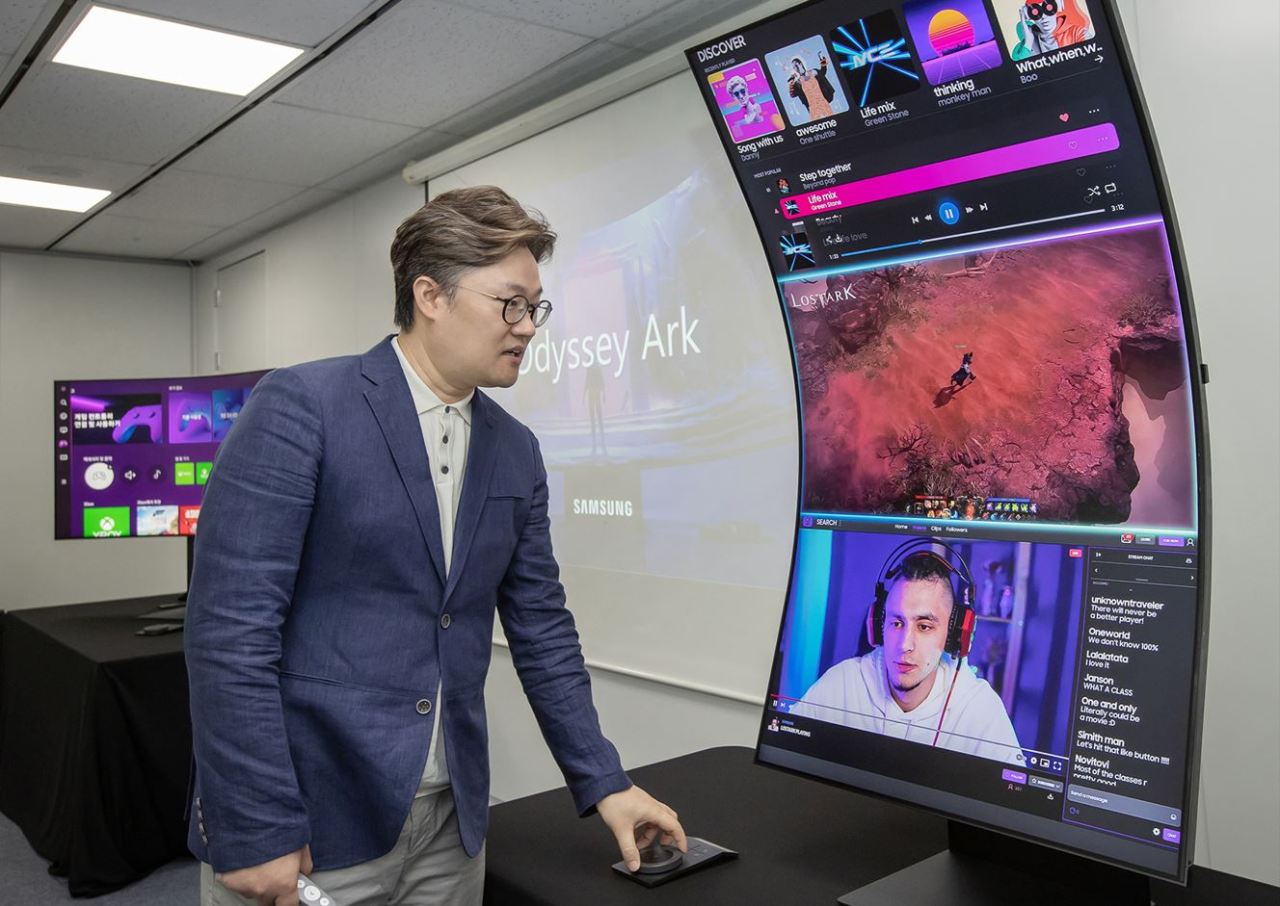 Chung Kang-il, vice president of visual display at Samsung Electronics, speaks at a press conference held in Seoul Tuesday. (Yonhap)
Samsung Electronics announced Tuesday that it has launched the world’s largest curved gaming monitor -- at 55 inches -- that wraps around users’ field of view to bring their gaming experience to the next level.

“A curved monitor gives users a fully immersive experience if viewed from the distance of 80 centimeters, as a flat monitor would cover less of a user‘s peripheral vision,” Chung Kang-il, vice president of visual display at Samsung Electronics, said at a press conference in Seoul Tuesday.

The launch of Odyssey Ark, which can be rotated, tilted and pivoted, is meant to cater to gamers’ demand for a larger screen size, multitasking while gaming, and playing both console and PC games on a single screen, Chung added.

The gaming monitor, which forms a portion of a 1,000 millimeter radius curve, features a 4K resolution using quantum mini light-emitting diodes. It also delivers a 165 Hz refresh rate and 1 millisecond response time for smooth motion and transition on the screen, according to the Seoul-based tech giant.

Odyssey Ark also enables the use of the Samsung Gaming hub, a game streaming discovery platform that gives users access to both console and personal computer games.

“To millennials and younger generations, gaming is becoming an integral part of their life routine,” Chung said. 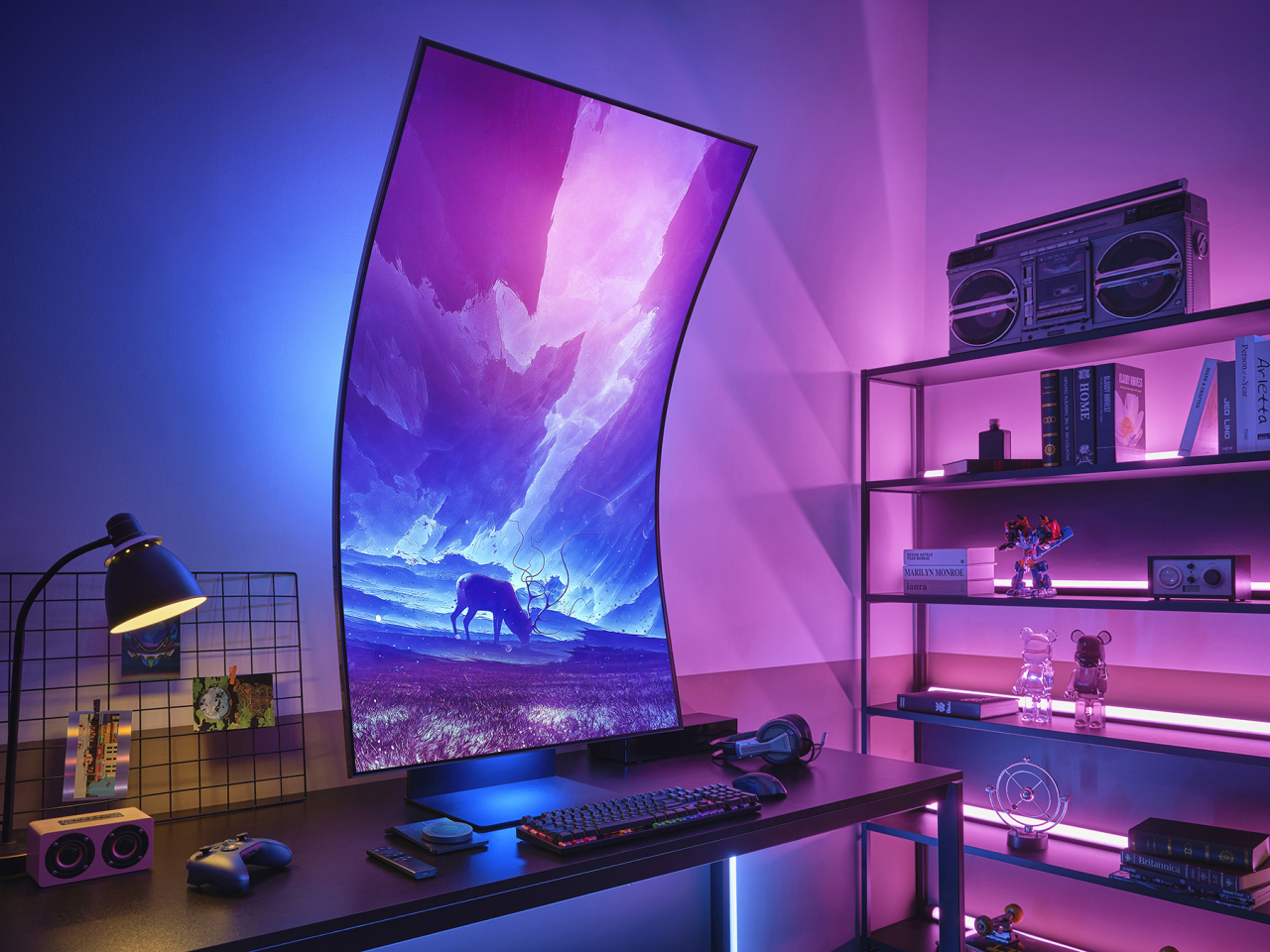 A promotional photo of Odyssey Ark (Samsung Electronics)
The cutting-edge monitor, first unveiled at the Consumer Electronics Show 2022 in January, will be launched worldwide in September, with preorders being accepted in the United Kingdom on Monday.

Odyssey Ark is the latest addition of Samsung‘s signature monitor lineups including Odyssey and Odyssey Neo.