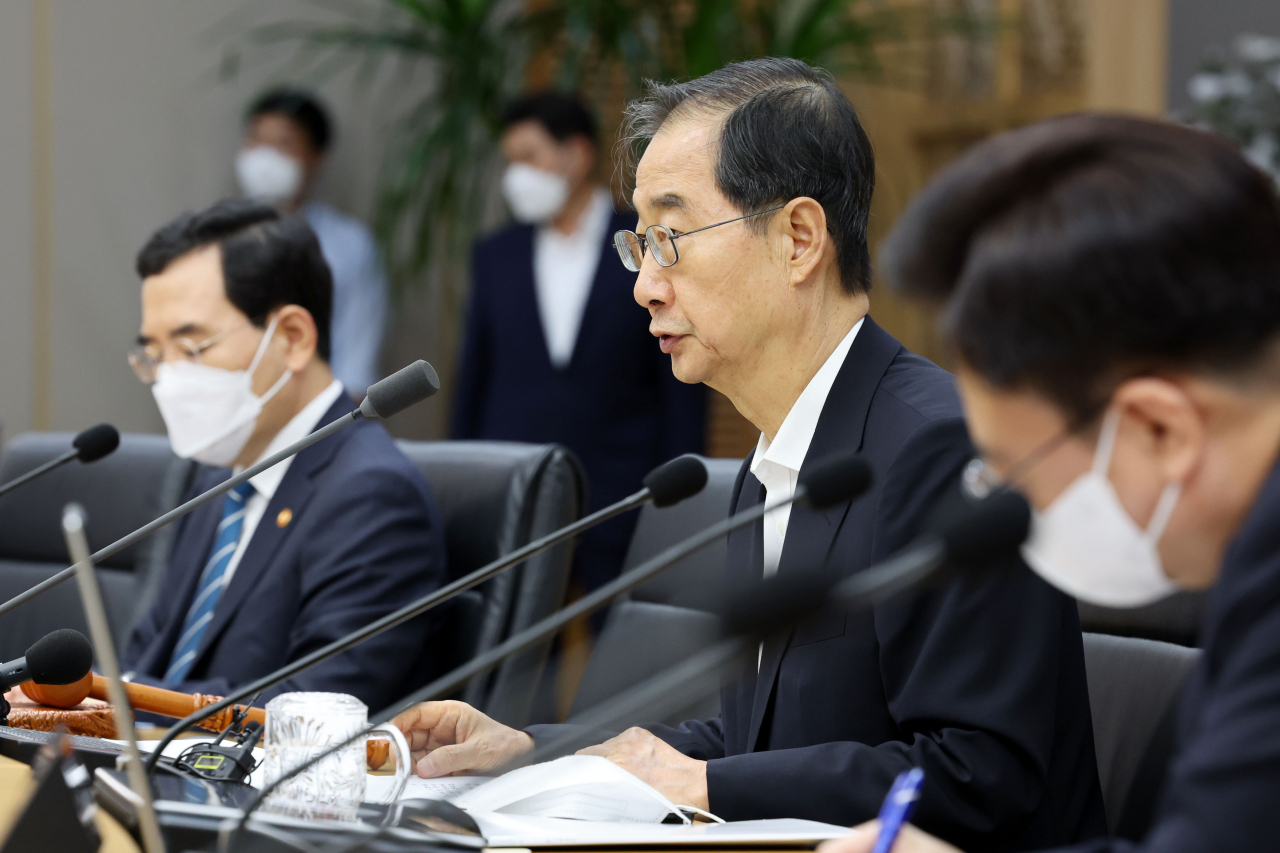 Prime Minister Han Duck-soo (2nd from R) presides over a Cabinet meeting at the government complex in Sejong, 112 kilometers south of Seoul, on Tuesday. (Yonhap)

Prime Minister Han Duck-soo on Tuesday called for a new disaster response system to cope with climate change, as the heaviest rainfall in decades battered Seoul and its surrounding areas last week.

"Due to climate change, unprecedented disasters have frequently occurred," Han told a Cabinet meeting, emphasizing the need to come up with a new response system to deal with natural disasters caused by climate change.

"In line with environmental changes, safety management standards must be drastically strengthened and boldly reorganized to effectively prepare for major disasters in the future," Han said.

Climate change has been cited as one of the key factors that caused the flooding, with a warming temperature more likely to cause the extreme weather.

Han also instructed relevant authorities to fully mobilize equipment and manpower for a swift recovery of areas damaged by the downpours.

The government has taken steps to designate areas that were hit by last week's heavy rains as a special disaster zone.

If designated, the rain-hit areas will be eligible for the government's financial support in recovery work, relief funds for victims and other benefits. (Yonhap)