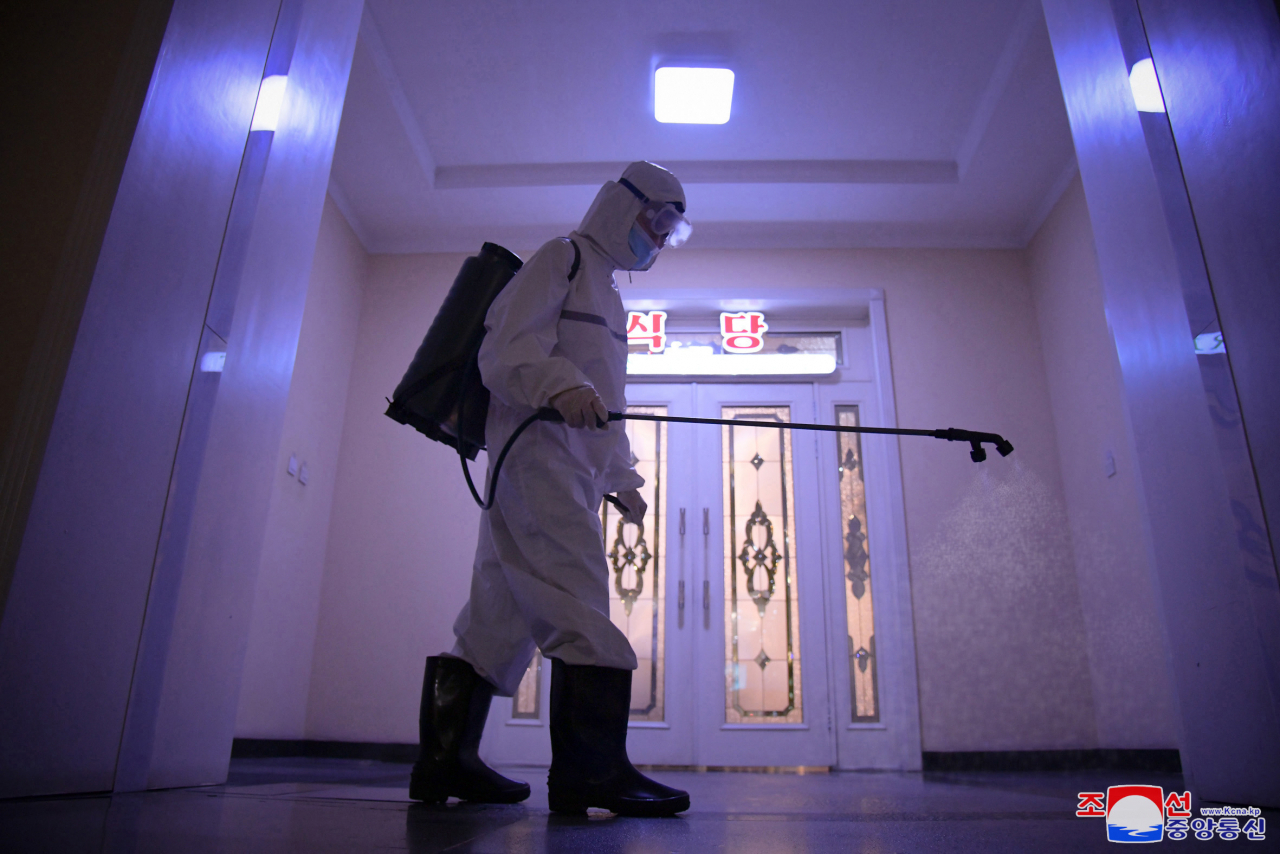 North Korea on Tuesday urged its people not to let their guard down against COVID-19, having claimed victory last week in its fight against the pandemic.

The Rodong Sinmun, an organ of the ruling Workers' Party, called on the North Korean people to bear in mind that the slackness of even a single person can lead to another "serious situation" in the country.

"Under the wise leadership of the party, our people have wiped out the malicious virus that is terrorizing the globe within a short period of time and clinched victory in the anti-epidemic battle but the risk of infection has not been eliminated and the national emergency anti-epidemic campaign is not over yet," the paper said.

Since declaring victory over the virus, North Korea has lifted a face mask mandate and eased antivirus curbs across the country with the exception of "frontline areas and borderline cities and counties."

Pyongyang announced its first COVID-19 case on May 12 after claiming to be coronavirus-free for over two years and implemented nationwide lockdowns. (Yonhap)