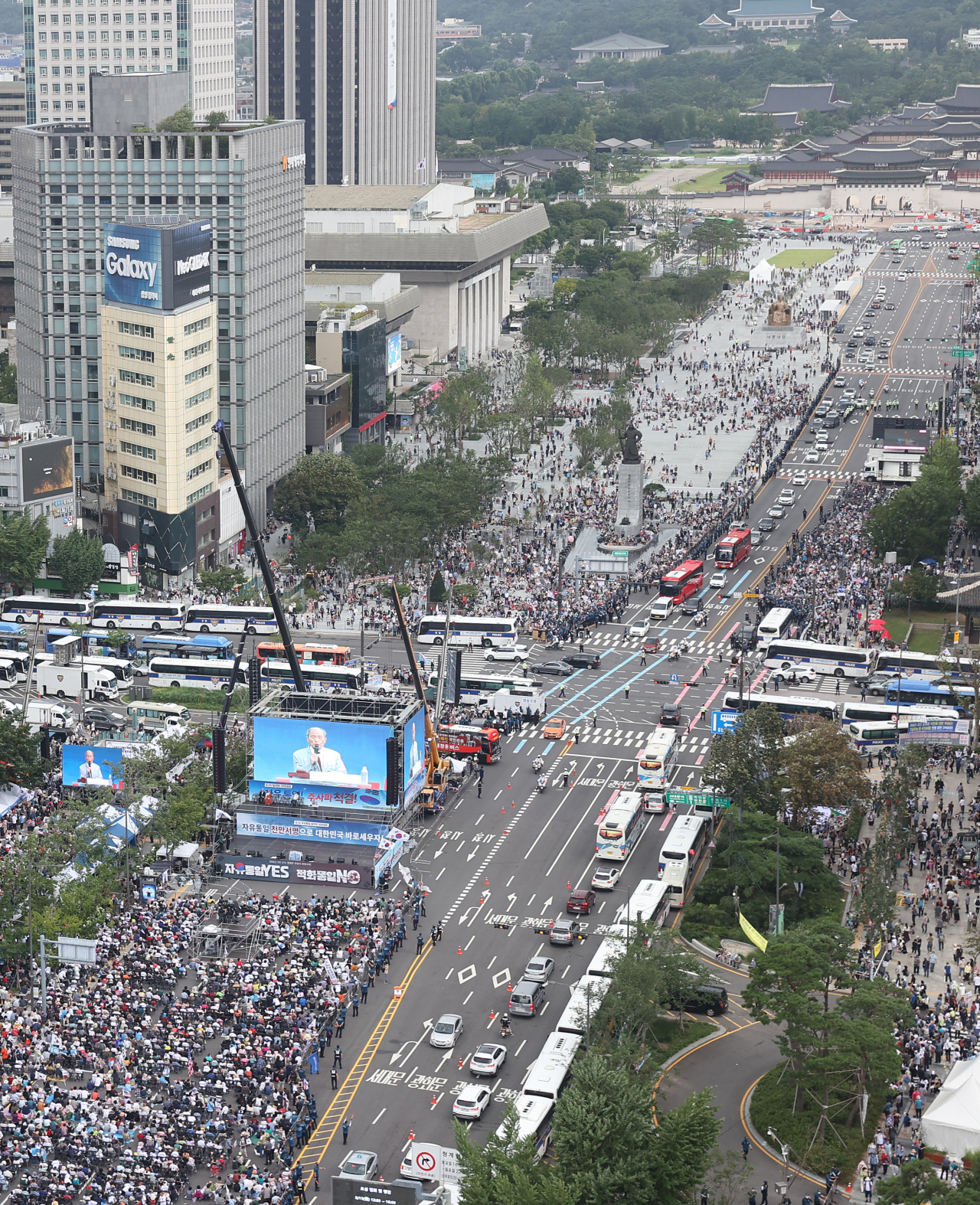 Conservative activists held a massive rally in downtown Seoul on Monday to celebrate Liberation Day, despite lingering concerns over COVID-19.

About 20,000 members, according to police, of the far-right Liberty Unification Party led by Rev. Jun Kwang-hoon gathered in Gwanghwamun Square, which reopened earlier this month after a major facelift.

Protesters took to the streets and chanted anti-communist slogans through loudspeakers, prompting police to control traffic in the afternoon and causing inconvenience to people.