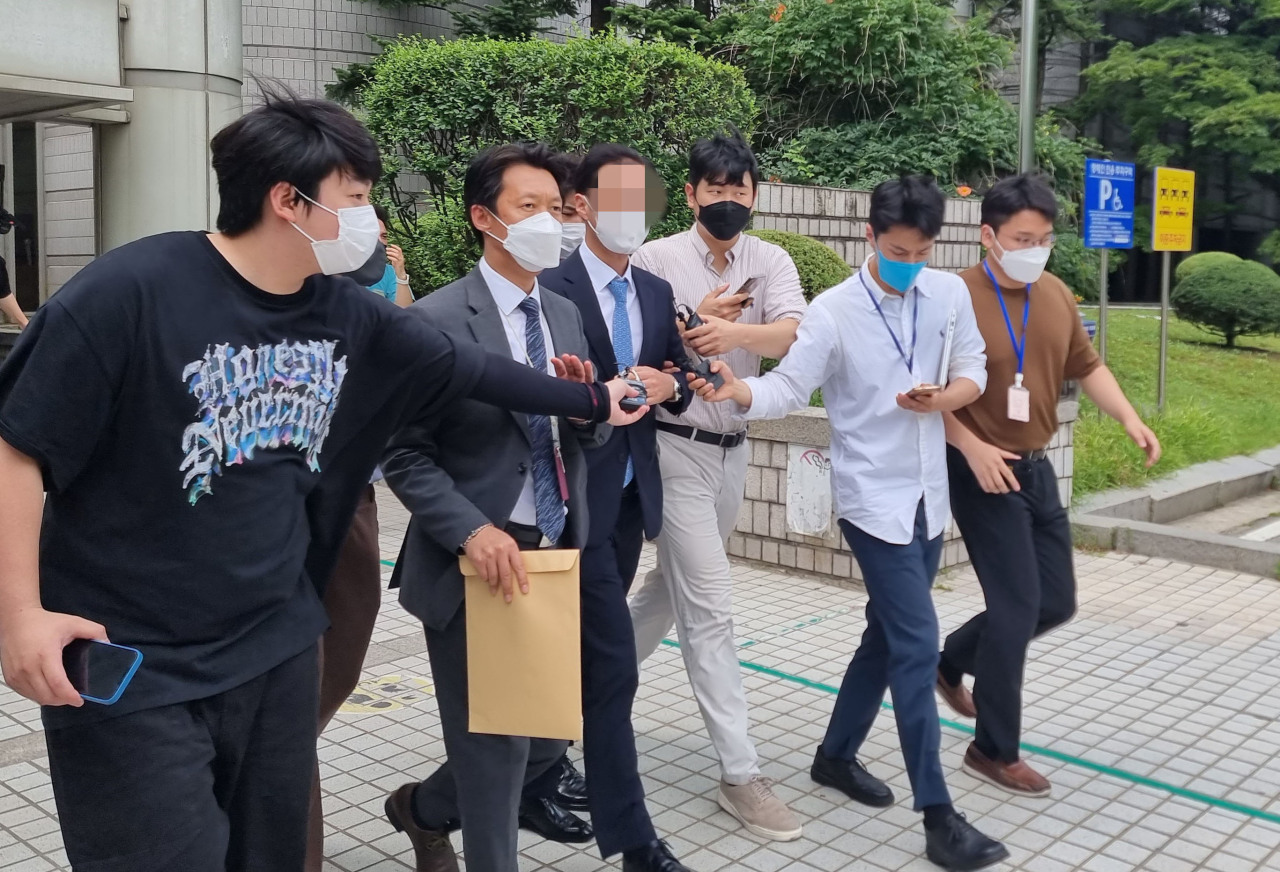 An Air Force civilian employee appears before the Seoul Central District Court on Aug. 5, 2022, for a pretrial detention hearing over his alleged role related to the death of a servicewoman who suffered sexual abuse. (Yonhap)

A special prosecution team has requested a warrant to arrest an Air Force officer who allegedly leaked information about a probe into the suicide of a servicewoman and defamed the deceased victim, authorities said Monday.

The public affairs officer is accused of leaking information about the probe into the suicide a female Air Force servicewoman and fabricating the cause of her death, according to the prosecutors.

The Seoul Central District Court will decide on his arrest warrant after a hearing on Wednesday.

A female master sergeant affiliated with the 20th Fighter Wing died by suicide in late May 2021 after claiming she had been sexually abused by a male colleague of the same rank, sparking public fury over the Air Force's mishandling of the case.

The independent special counsel was launched in June to look into whether military officials attempted to cover it up. (Yonhap)