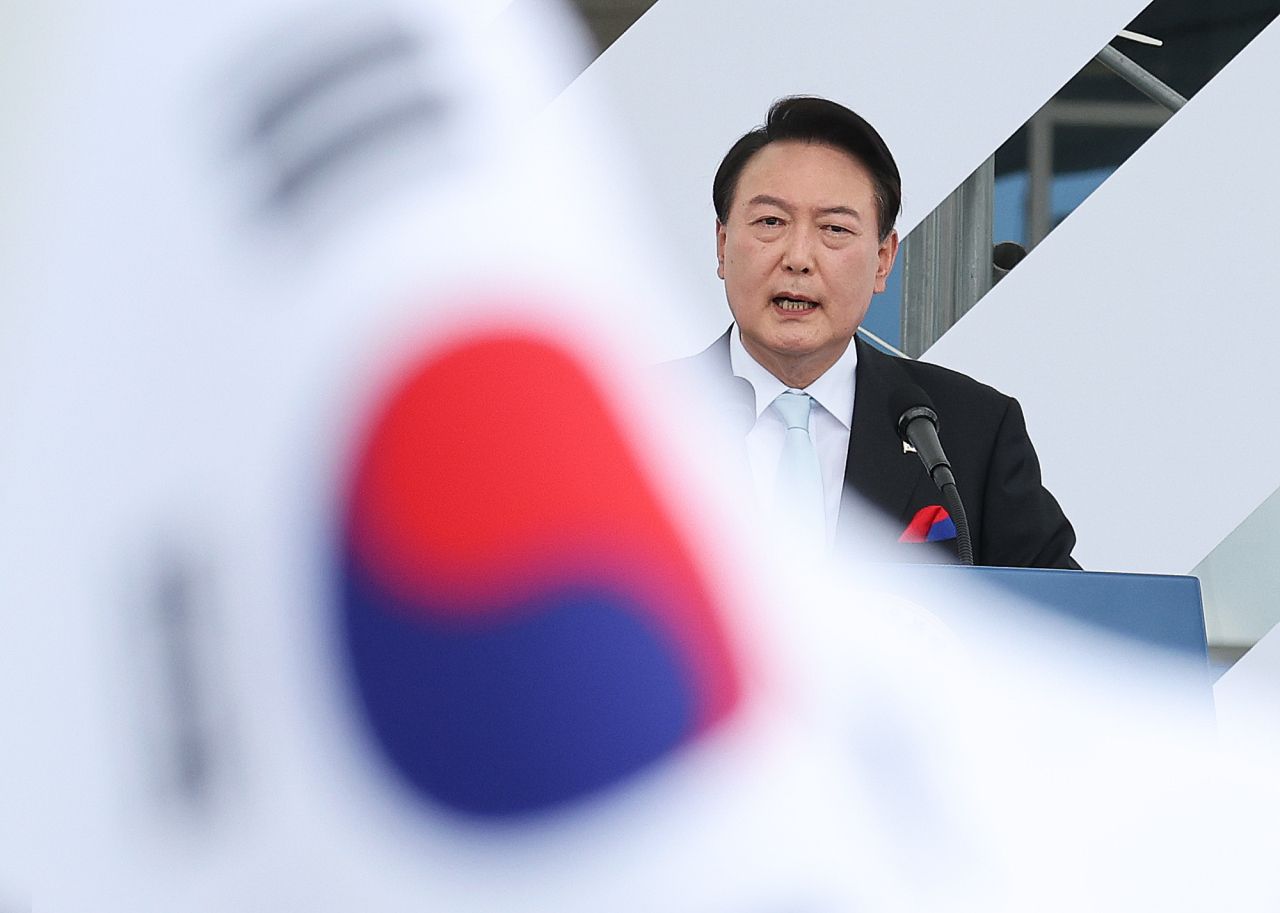 “Disgruntled young men” were one of the main forces behind the rise of a political novice named Yoon Suk-yeol to the highest office in South Korea earlier this year. Yoon, whose career had been entirely focused on rounding up bad guys as a state prosecutor, was hoped to restore justice in a society that they say was tilted in favor of feminists, labor unions and North Korean sympathizers.

A few months after his election, however, the mood among younger conservative men appears to be sharply different.

“People in their 20s and 30s around me are all regretting their vote for Yoon Suk-yeol,” one recent post uploaded on FM Korea read, an online community popular among young conservatives.

Reacting to the news that Yoon would hold a press conference to commemorate his first 100 days in office on Wednesday, another said, “I’m scared of what blunders we might hear.”

Many other comments, similarly critical of the president, can be found in online spaces that used to rally behind him during the presidential election cycle.

The drop in Yoon’s popularity among young men is reflected in recent polls.

On the March 9 presidential election, nearly 6 in 10 male voters in their 20s voted for Yoon, according to the KBS-MBC-SBS exit polls. They gave Yoon the biggest vote yield outside the conservatives’ traditional vote pocket – senior voters.

But a recent Gallup Korea survey shows just 22 percent of people aged between 18 and 29 approved of Yoon’s job as president, while 64 percent showed disapproval.

This is lower than the all-age average of 25 percent approval, according to the poll, released Friday, which does not offer gender-disaggregated data.

When asked why, 24 percent of those surveyed who disapproved of the president cited his appointment of Cabinet members, while 14 percent said lack of experience and incompetence. Six percent were not happy with the administration’s handling of the floods.

Some are also not happy with his decision to not meet Nancy Pelosi, speaker of the US House of Representatives, during her two-day visit to Seoul earlier this month.

“I voted for the People Power Party but seeing how Yoon is performing makes me regret so much. He should have been at least unequivocally pro-US. I’m so frustrated,” one post at the above-mentioned online community read.

Around 6 in 10 people believe it was “inappropriate” that the Yoon and Pelosi did not meet, according to a poll by Korea Society Opinion Institute released on Monday.

Others are frustrated with how slow the move to abolish the Ministry of Gender Equality and Family has been – a campaign promise that became a rallying cry for young conservative men and anti-feminists in the country.

In July, anti-feminist organization Man on Solidarity held a rally, urging the president to make good with his promise to do away with the gender equality ministry.

In a meeting with Gender Equality Minister Kim Hyun-sook later last month, Yoon ordered the preparation of a roadmap to abolish the gender ministry. The move drew criticisms at that time that he was resorting to “divisive politics” again amid plunging approval ratings. But with the opposition Democratic Party holding a super majority in the National Assembly, Yoon faces legislative challenges to satisfy his anti-feminist base soon.

Friction between the People Power Party and Lee Jun-seok, a young politician who is credited for courting young male voters but has had his membership suspended over sexual bribery allegations, also poses yet another challenge to President Yoon in keeping his base happy.

According to a poll by polling agency Media Tomato released on Friday, 42.5 percent said they would support a new conservative party formed by Lee and former lawmaker Yoo Seong-min while 29.8 percent they would support the PPP. Lee however has denied rumors that he plans to form a new party.