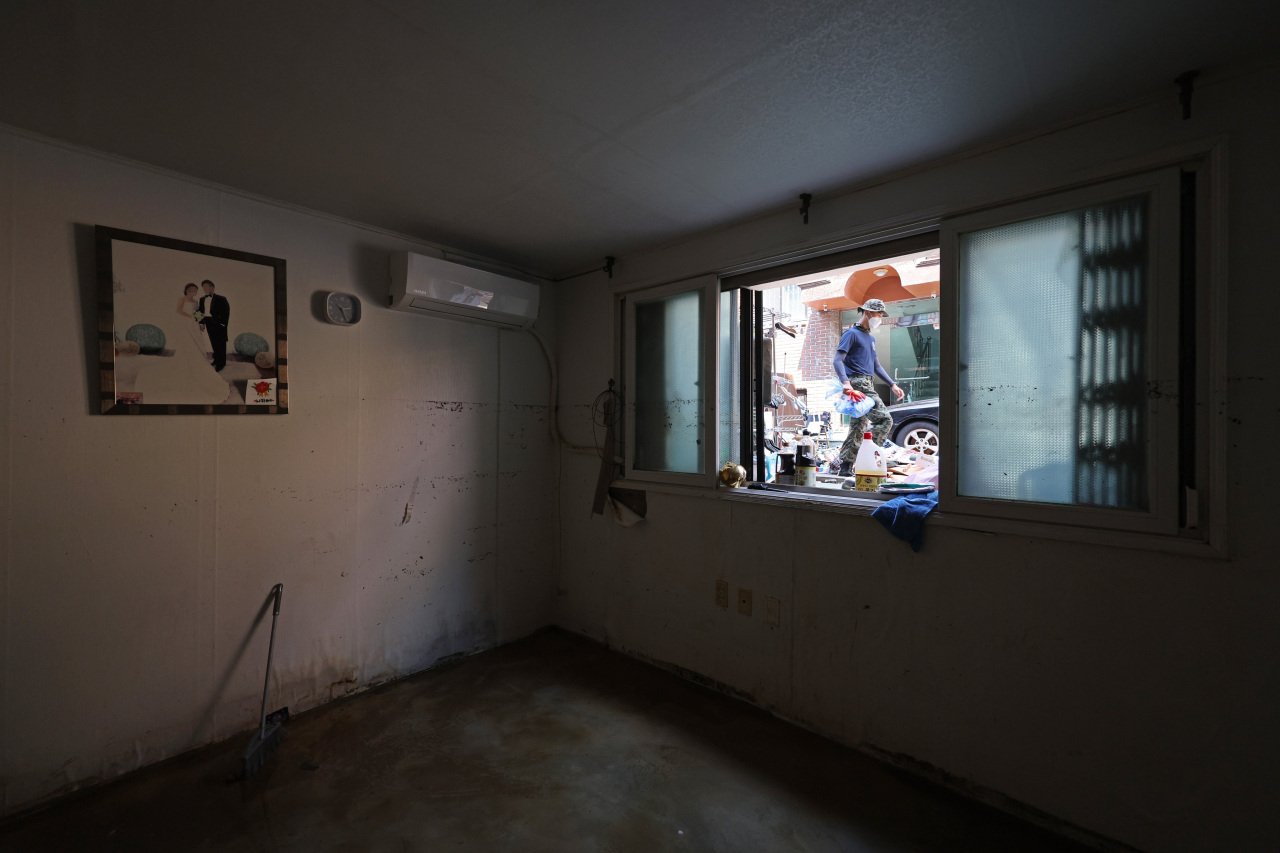 Workers clear a waterlogged, mud-covered basement flat known as “banjiha” in the Gwanak district of Seoul on Sunday. (Yonhap)
The deaths from last week’s heavy rains stood at 14 and the number of people registered missing was revised down to four from five as one person was mistakenly reported missing, officials said Sunday.

Of the dead, eight died in Seoul, four in the surrounding Gyeonggi Province and two in the eastern Gangwon Province, according to data from the Central Disaster and Safety Countermeasures Headquarters.

Previously, one person had been registered as missing in Seoul, but the person was mistakenly reported, the disaster response center said.

About 7,480 people across the country have evacuated from their homes, it added.

A total of 525 millimeters of rain fell in Seoul from last Monday to Wednesday morning, while Yangpyeong, 45 kilometers east of Seoul, recorded an accumulated 526.2 mm of rain during the period, according to the state weather agency. (Yonhap)