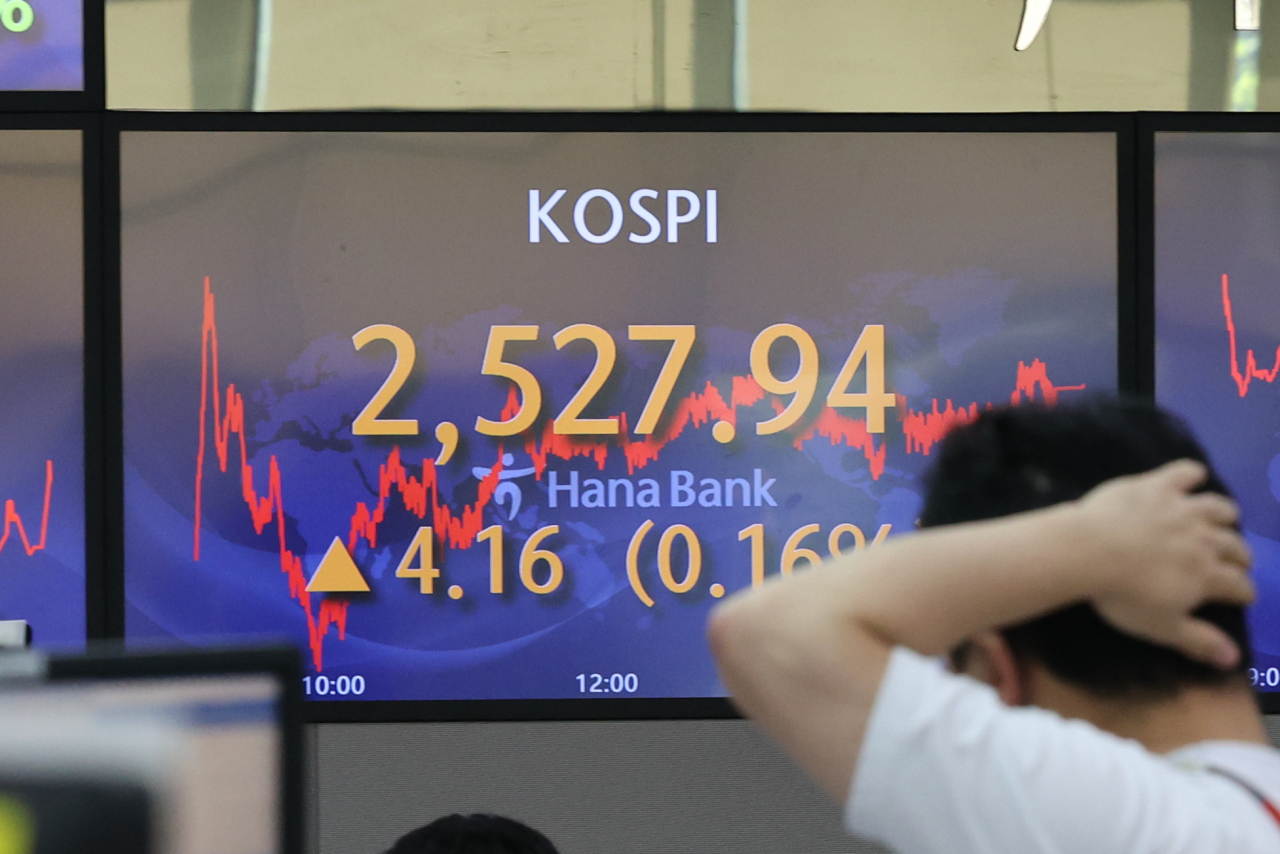 South Korean stocks closed slightly higher Friday amid persistent worries about the US Federal Reserve's pace of its monetary tightening. The local currency ended almost unchanged against the US dollar.

US producer prices for July slowed at a faster pace than expected, giving more weight to the view that inflation is peaking out.

The data followed the softer-than-expected US consumer prices for July, released Wednesday (US time), seen as a sign of cooling inflation and raising expectations that the Fed will slow its aggressive rate hikes.

But uncertainty still persists as to how far the Fed will go in raising the interest rate, although the market's general forecast has been leaning toward a 0.75 percentage-point hike. The next policy meeting is set for September.

The market will inevitably be influenced by the Fed uncertainty, Han said.

Posco's trading arm, Posco International, surged 9.31 percent to 24,650 won on the announcement that it is absorbing Posco Energy to accelerate the shift to green energy business.