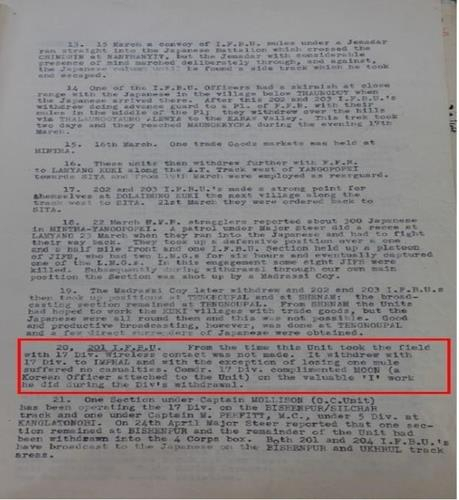 The documents from Britain's National Archives were revealed as the ministry is commemorating the sacrifices of those who fought against Japan's 1910-45 colonial rule, ahead of South Korea's Liberation Day that falls on Monday.

The documents spanning more than 400 pages concern activities of the Korean National Army Liaison Unit that operated as part of the Indian Field Broadcasting Unit under Britain's Special Operations Executive from 1943-45, according to the ministry.

"The discovery of these documents is evidence that our Koreans' independence movement was not just limited to the efforts to achieve independence from Japan but also linked to a history of solidarity and a joint struggle with the coalition forces for anti-imperialism," Patriots Minister Park Min-shik was quoted as saying.

He added his ministry will continue to discover records of independence fighters' activities at home and abroad to "remember and inherit their noble spirits" in pursuit of national liberation.

The ministry came to know the British archives' possession of documents at an international forum in April where a British scholar presented an academic paper on those records. The following month, it started to explore ways to collect them, the ministry said.

The ministry plans to translate and analyze the entire documents and plan to publish them next year when South Korea and Britain are to mark the 140th anniversary of the establishment of bilateral diplomatic relations. (Yonhap)