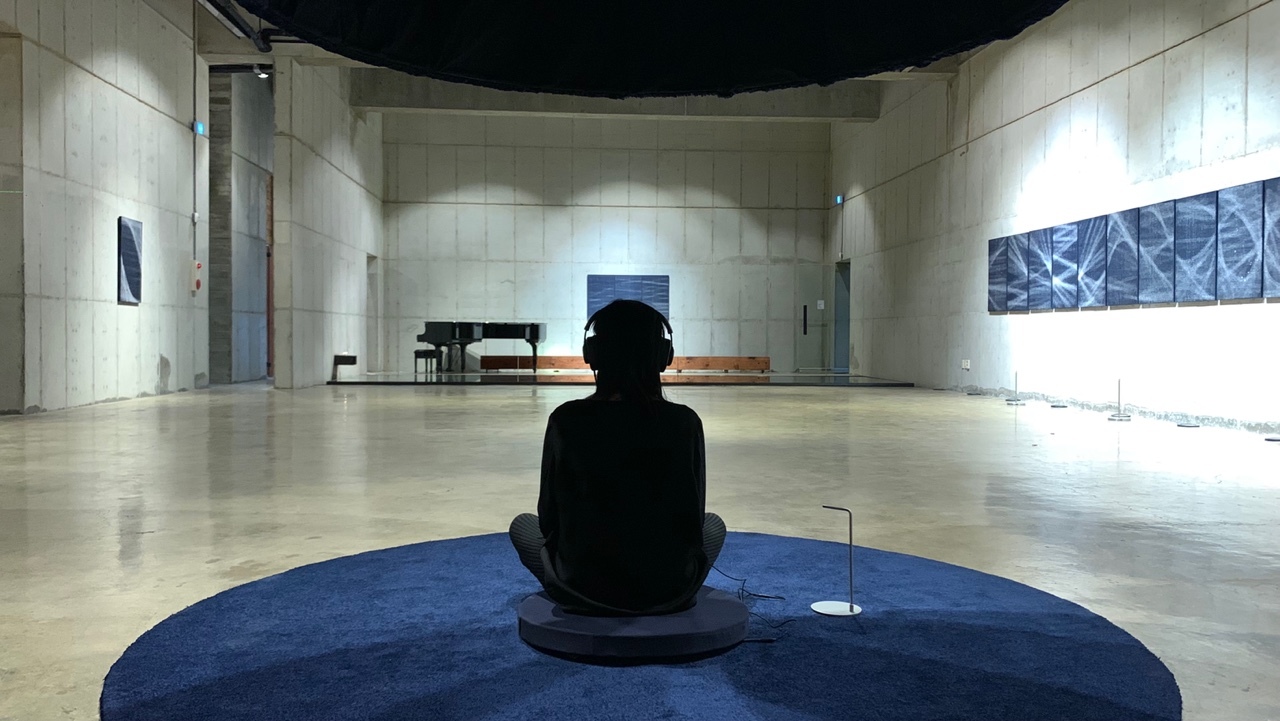 Immersive Installation project, “Time Drop” by OMA Space, presented at Awon Gotaek in Wanju, North Jeolla Province (OMA Space)
After the unexpected record downpour that wreaked havoc over South Korea, this weekend is a good time to halt the usual weekend routine and give ample rest to your mind and body.

Surrounded by two grandiose mountains that reach some 600 meters high, Awon Gotaek, also known as Awon Museum and Hotel, stands in one of the most serene wilderness locations of Wanju, North Jeolla Province.

At first glance, Gotaek is a recently built modern hanok, clean and fully equipped with convenient needs. But a closer look at the details of the three hanok buildings’ roofs and wooden frames, reveals the delicate details and beauty of the original structure. 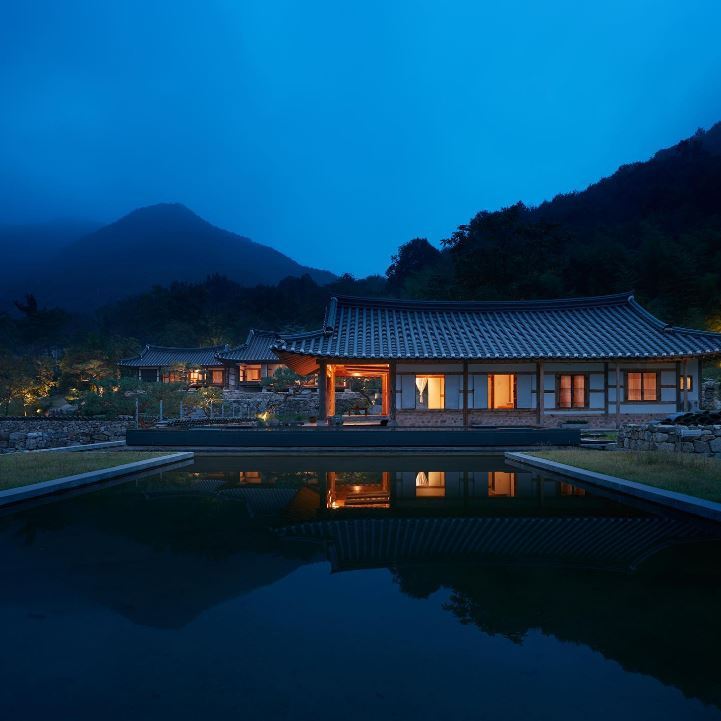 A view of Awon Gotaek in Wanju, North Jeolla Province (Awon Gotaek)
Awon Gotaek’s popularity rapidly soared in 2019, after BTS filmed at the location for a music video, with rooms being fully booked and visitors crowding into the resort compound to take a peek at the places the celebrities had stayed in.

Walking down the steps from a serene pond situated in the middle of the compound, you will reach a spacious art gallery which holds special exhibitions. Currently, an immersive art installment project titled, “TIME DROP” by OMA Space, greets visitors.

A series of installments in dark-blue hues are located on both sides of the walls, with a movable dome placed at the center. When the dome slowly descends, visitors are left with a five-minute solitary moment for themselves, only with ambient sounds. Time seems to stop at the gallery, allowing individuals to reconnect with themselves.

Those who are not looking to stay at the hanok can visit the gallery for 10,000 won, and look around the compound. The gallery and cafe at Awon Gotaek, runs from 12 a.m. to 4 p.m. 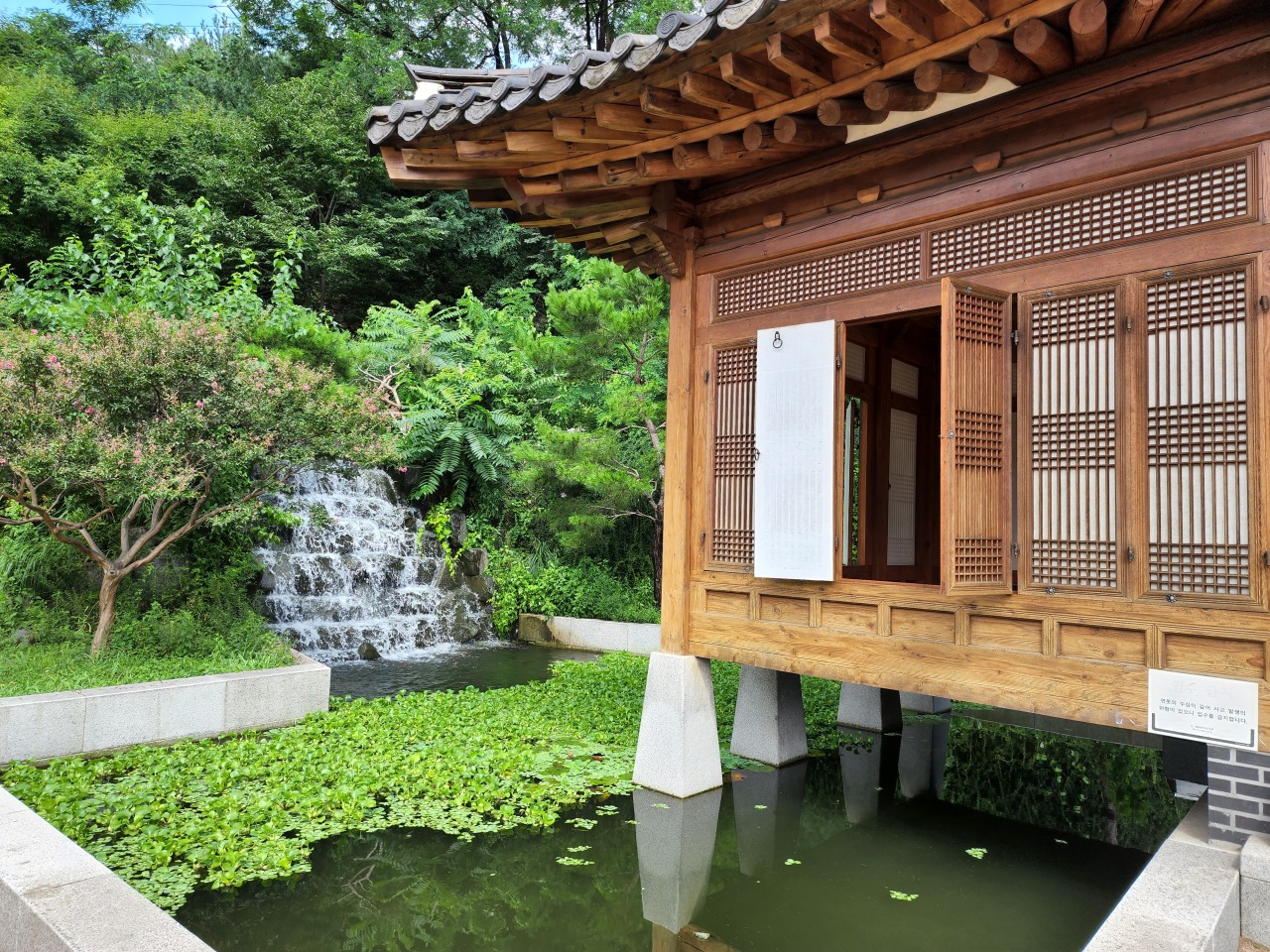 Surrounded by lush forest, the library provides a peaceful time with sounds of a steady flowing waterfall and a comforting woodsy smell. 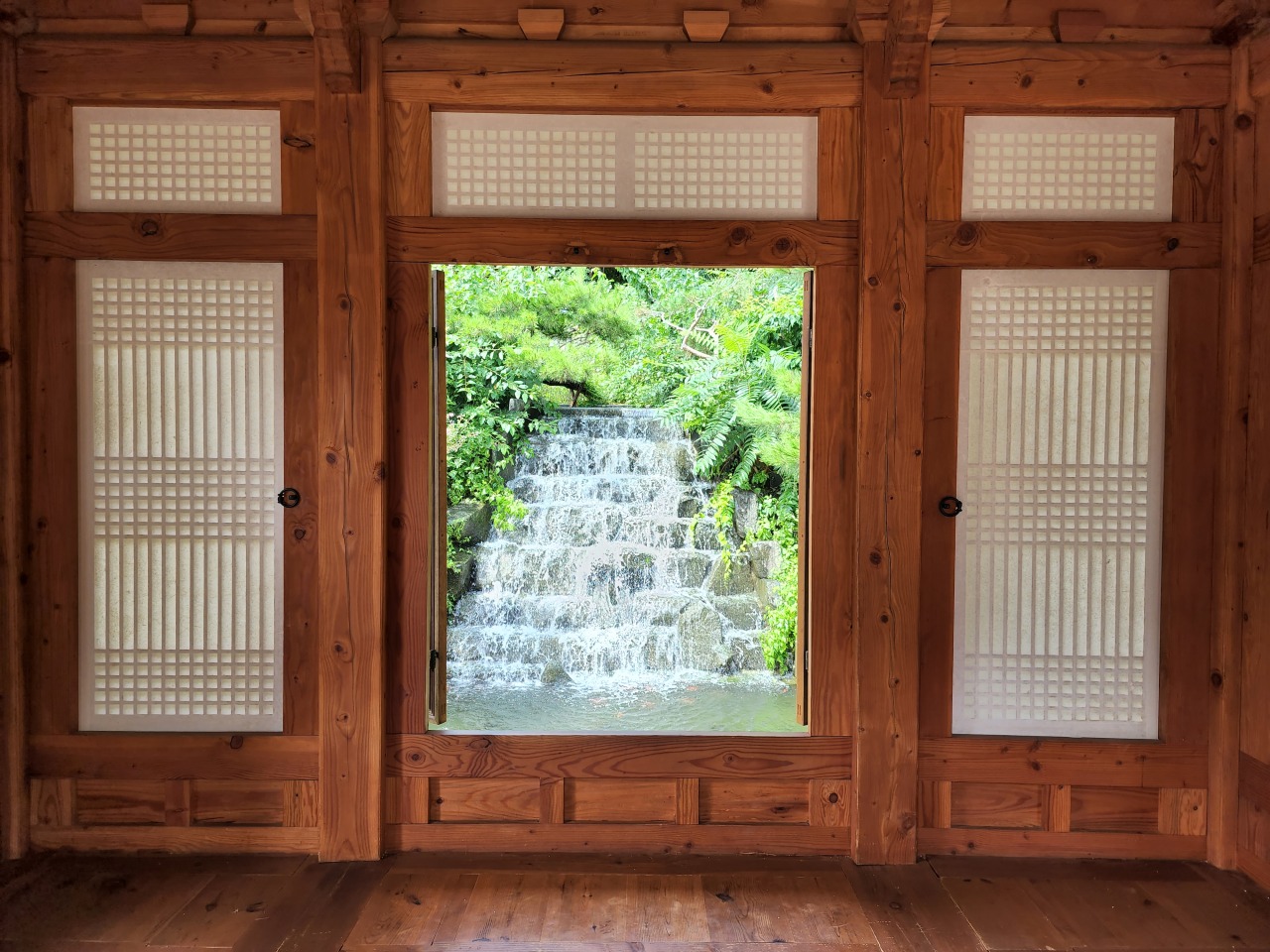 A view of an artificial waterfall from the small pavilion (Hwang Dong-hee/The Korea Herald)
Opened in November 2014, the building won the grand prize in the Korea Hanok Contest, hosted by the Ministry of Land, Infrastructure and Transport, in 2015.

The library consists of two sections: two traditional buildings on the upper level and a modern library on the lower slope of the hill.

On the upper floor, two reading rooms of the main building offer a quiet time to read, study and relax with a panoramic view of mountains and sounds of nature. You can bring your own books to read.

Next to the main hanok is a small pavilion standing in a small pond. The calming view of a waterfall right through the window is worth visiting regardless if you are a book lover or not.

If you would like to borrow books from the library, head downstairs to visit the archives. 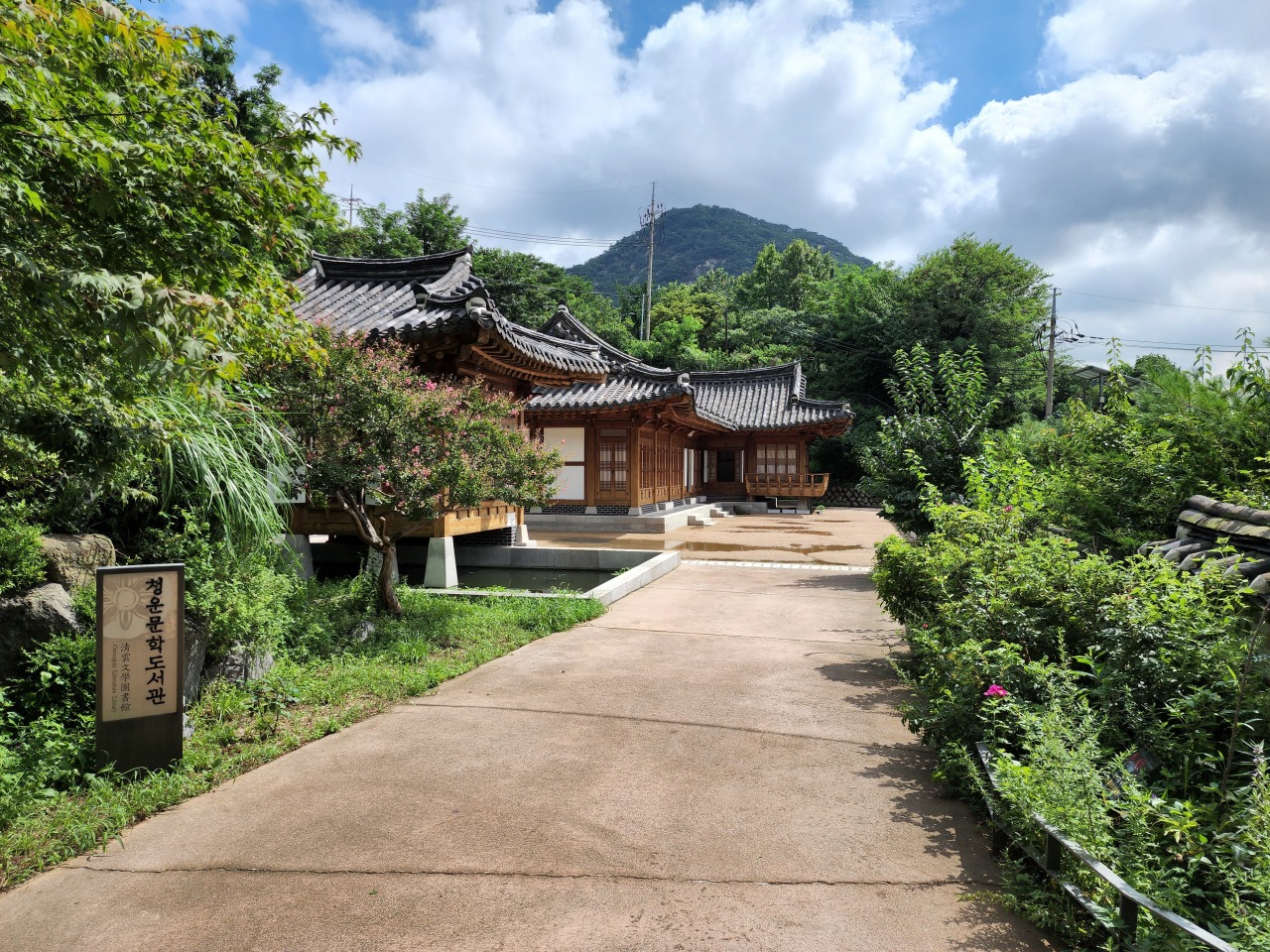 A view of Cheongun Literature Library (Hwang Dong-hee/The Korea Herald)
As the name of the library suggests, the collection of books mainly focuses on literature, holding more than 34,000 books as of last year. If you are a resident in Seoul, you can make a library card and borrow up to five books.

The library also hosts cultural programs for children, lectures on the humanities, and special exhibitions introducing Korean literary writers or their works.

If you are up for a more literary adventure, visit the Literary Museum of Yun Dong-ju the Poet, or Cheongun Park, which commemorate the nation’s beloved poet Yun Dong-ju.

The library opens 10 a.m. to 10 p.m. from Tuesday to Saturday; until 7 p.m. on Sundays; and is closed Mondays. You can find more information at Jongno-gu District Library’s official website. 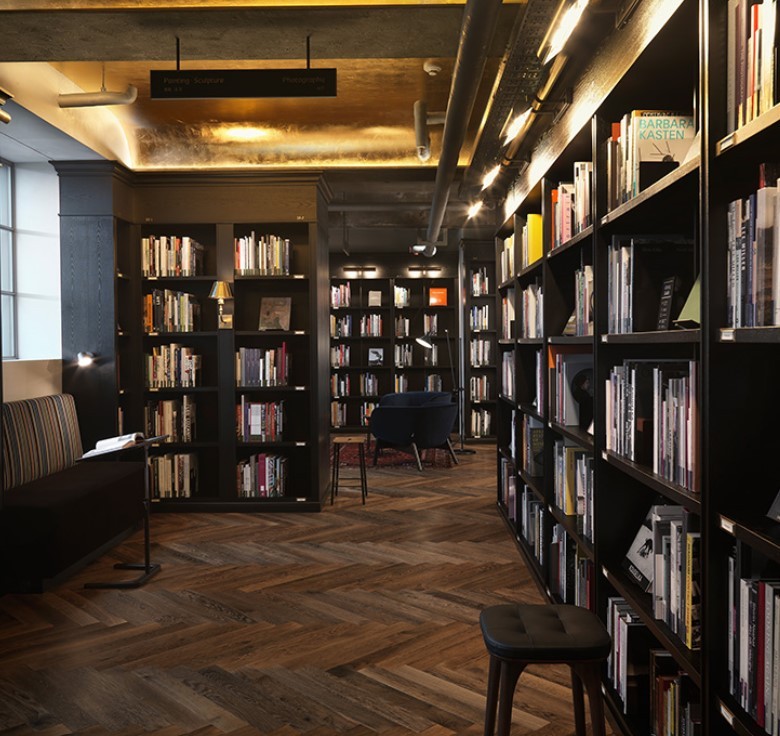 Hyundai Card opened a cozy and warm art library last week on the second floor of Hyundai Card Vinyl & Plastic in Itaewon, central Seoul. If you are a fan of contemporary art and have a thirst for all things art, Hyundai Card Art Library is a must-visit this weekend.

It holds more than 6,000 books including exhibition catalogues of the Museum of Modern Art in New York from 1929 to the present, Venice Biennale catalogues from 1895 to the present and Parkett magazines from 1984 to 2017. The quaint art library is equipped with a moving image room, a separate room with computers where visitors can watch media or performance artworks from the 1960s to 1970s. 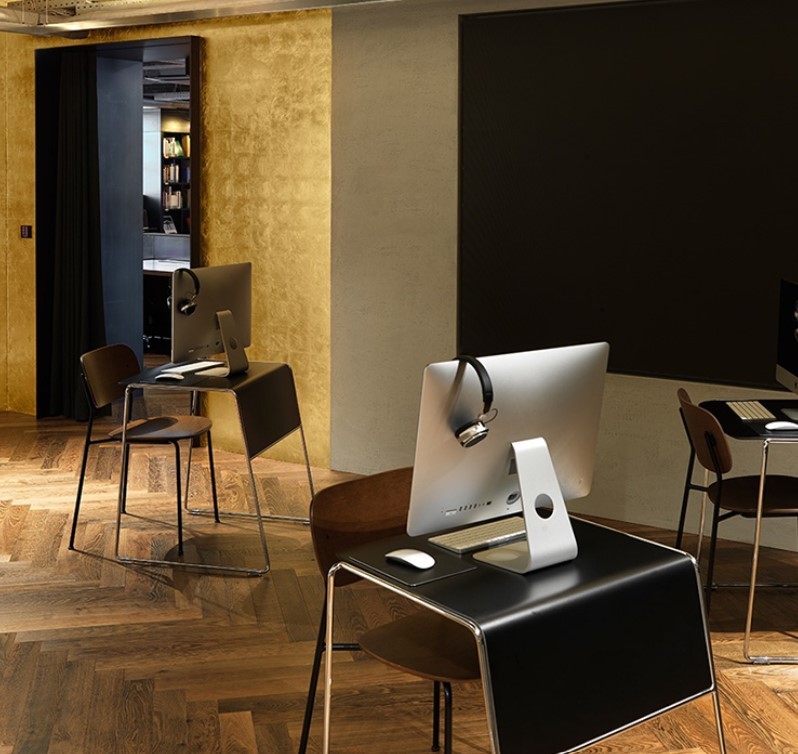 The collection at the art library was curated by Yasmil Raymond, visual art curator and the rector of the Stadelschule in Frankfurt; Clarrie Wallis, director of Turner Contemporary; Sophie Cavoulacos, associate curator of department of film at MoMA and Jillian Suarez, head of library services at MoMA.

Hyundai Card Art Library is the fifth library after Design Library, Travel Library, Music Library and Cooking Library. The library is closed on Mondays and opens at 12 p.m. on other days. It closes at 9 p.m. from Tuesday through Saturday and 6 p.m. on Sunday.