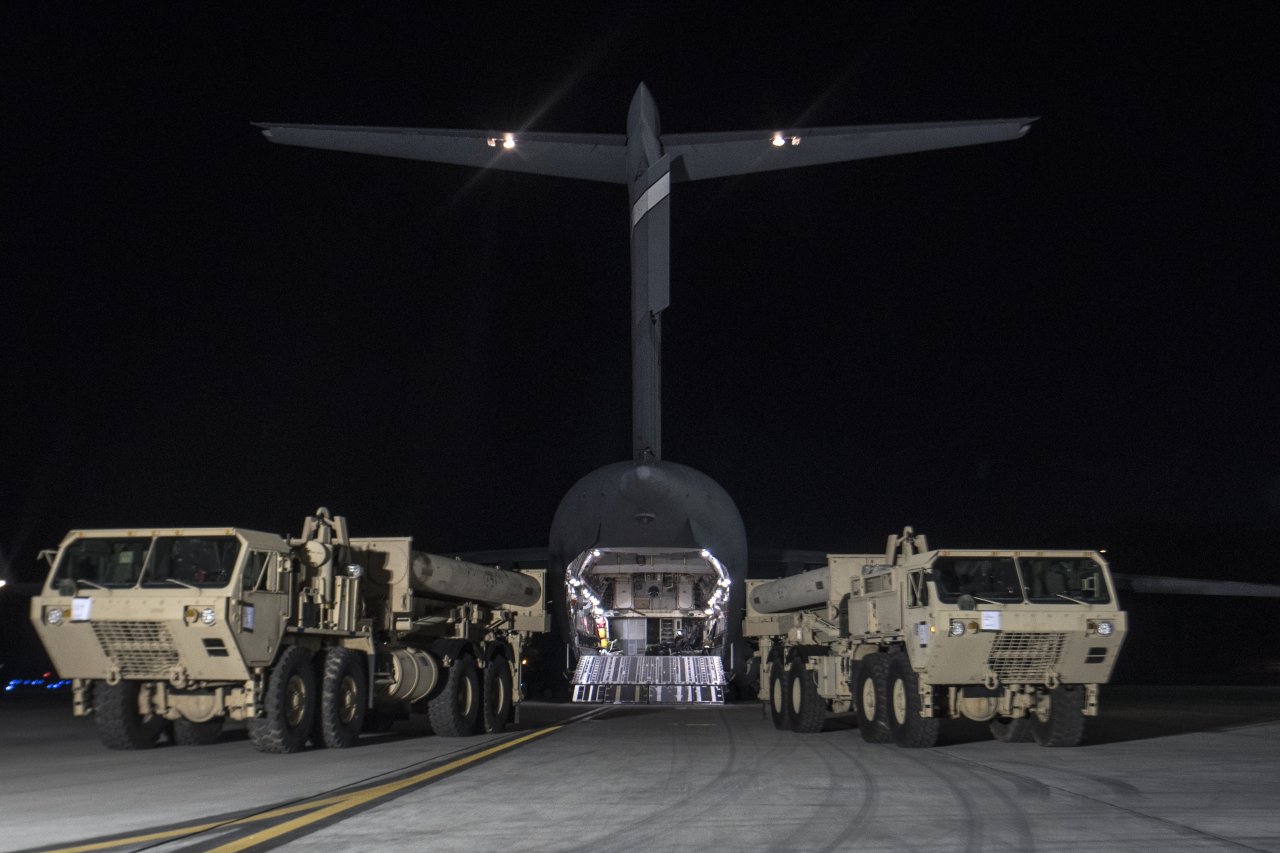 On Thursday, Seoul flatly dismissed Beijing‘s claim that Seoul had adopted an official policy of not deploying an additional Terminal High Altitude Area Defense system in its territory, saying the US anti-missile defense system is a means of self-defense for Korea.

The presidential office also said it expects to normalize the operation of the military base that hosts THAAD by around end-August.

“The government maintains a consistent position that THAAD is means of self-defense to protect the lives and safety of Korean nationals, and it is a matter of our sovereignty,” a presidential official told reporters.

A day before, the Chinese Foreign Ministry made the claim that Seoul had announced a “Three Nos and One Restriction” policy to refrain from using the US-made anti-missile system, demanding Korea stick to its promise.

“I would like to point out that the US’ deployment of the THAAD anti-missile system in the ROK clearly undermines China‘s strategic security interest. China has made clear its concern to the ROK side on multiple occasions,” Chinese Foreign Ministry spokesperson Wang Wenbin said in a regular press conference on Wednesday. He referred to South Korea by the acronym of its official name, the Republic of Korea.

“Previously, the ROK government officially announced its policy of ’Three Nos and One Restriction.‘ China attaches importance to this position of the ROK government. Based on the understanding between the two sides, China and the ROK were able to properly handle the THAAD issue,” Wang added.

The “Three Nos” approach was taken by Moon Jae-in administration to resolve frayed ties with China, which restricted economic and tourist exchanges in retaliation to Seoul’s installment of the THAAD system in 2017. The addition of “One Restriction” appears to refer to the then-government‘s decision to not operate the THAAD system.

While the Korean government has said that its intention for the THAAD deployment is to counter North Korean aggression, China has strongly opposed the deployment, saying that Korea’s US-made defense system undermines its security.

Under the idea of the Three Nos, the Moon administration had opted not to deploy additional THAAD anti-missile systems in Korea; not to participate in a US-led missile defense network; and not to get involved in a trilateral military alliance with the US and Japan.

The incumbent Yoon Suk-yeol administration maintains that the Three Nos were not an official policy of the Moon administration, nor did Seoul and Beijing forge an agreement on the matter.

The ideas were first presented as the then-government‘s position towards China in a parliamentary inspection session in October 2017, when then-Foreign Minister Kang Kyung-hwa responded to a lawmaker’s question.

China‘s assertion on South Korea’s diplomatic approach dampens bilateral relations, as it comes only a day after Korean Foreign Minister Park Jin returned to Seoul from his first official trip to China.

During his three-day trip from Monday, Park met with his Chinese counterpart Wang Yi in Qingdao, Shandong province, to discuss a series of pending issues, including regional security, THAAD, North Korea and economic cooperation.

Seoul‘s Foreign Affairs and Defense Ministries also issued statements to explain that THAAD is Korea’s defense system, and that its operation is not subject to negotiation with others.

“We (South Korea) also want to remind China that the former administration also had publicly said that the so-called Three Nos policy is neither a promise nor an agreement made to China,” the South Korean Foreign Ministry said in a statement.

“In the bilateral meeting of the foreign ministers, we have made clear our position to China,” the South Korean Foreign Ministry added.

In his bilateral talk with Chinese Foreign Minister Wang on Tuesday, Park noted that the more China brings this issue to the floor, the more damage it will do to the reputation of both countries and become an obstacle in their bilateral relations, according to the South Korean Foreign Ministry.

A high-ranking Foreign Ministry official also explained that Park told Wang that the Three Nos policy is not legally binding, reiterating that it is only a stance adopted by the former Moon Jae-in administration.

“The two sides (South Korea and China) agreed that THAAD should not become a stumbling block affecting bilateral relations,” Park said in a press conference held in Qingdao on Wednesday, after his bilateral meeting the day before.

South Korea temporarily placed the first battery of THAAD anti-missile system in Seongju County, North Gyeongsang Province, in 2017. Normal operation of the military base had been delayed by the yearslong postponed full-scale environmental impact assessment of the deployment itself under the Moon Jae-in administration.

The Yoon administration, however, has vowed to ensure the US Forces Korea can operate the defense system without further delay.