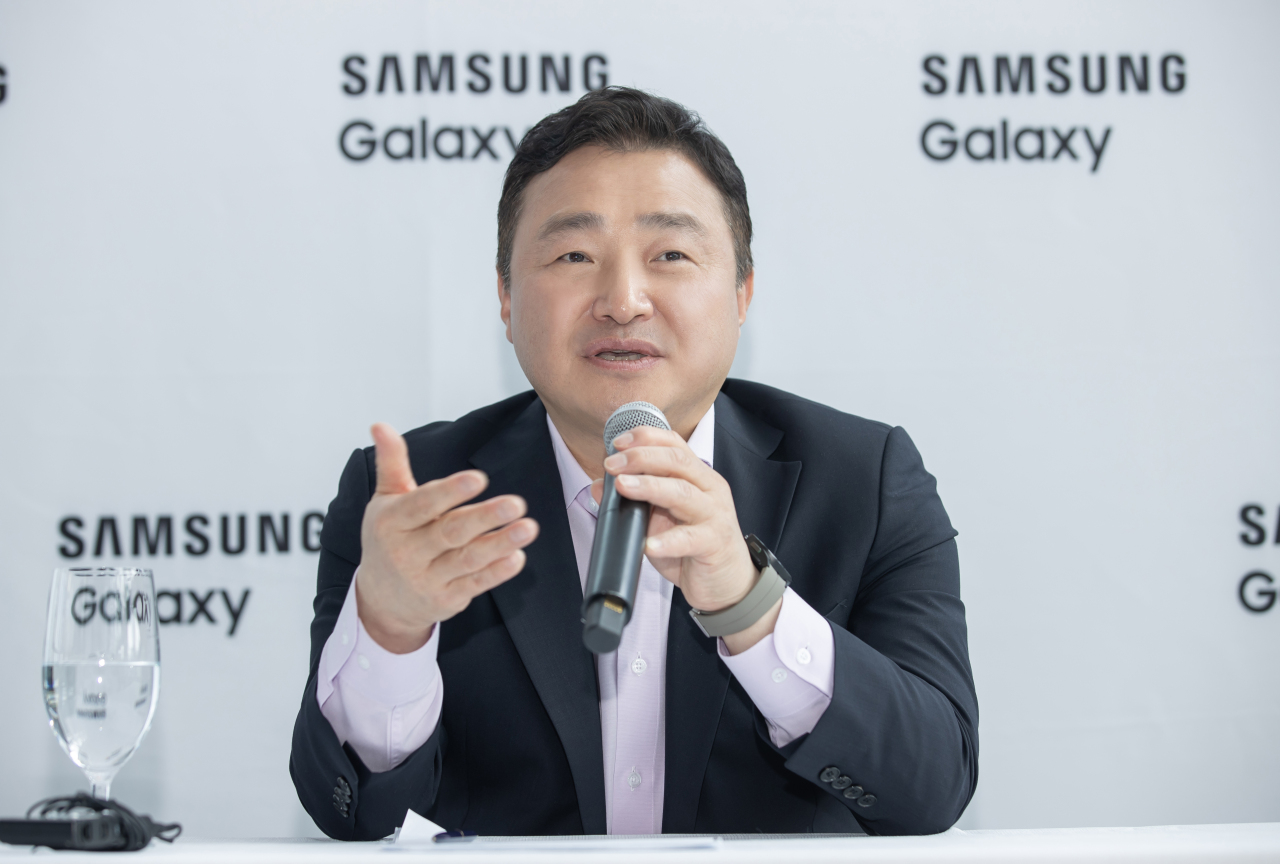 As the clamshell-type Galaxy Z Flip and book-type Galaxy Z Fold evolve, the combined shipments of two models by the world’s largest foldable phone maker will outsize that of other Galaxy premium smartphones, including its flagship Galaxy S22, S22 Plus, as well as S22 Ultra -- which succeeds its Note lineup -- in three years, according to Roh.

The conference came immediately after the world’s biggest smartphone manufacturer by shipments unveiled the latest foldable Z Flip 4 and Z Fold 4 earlier on Wednesday. The two models will be available for purchase beginning Aug. 26 in select countries worldwide, including Korea and the United States.

Samsung has been a dominant leader in the world‘s foldable smartphone sector, as its Chinese foldable phone competitors such as Huawei, Oppo, Xiaomi and vivo have been selling new foldables to the domestic market.

Samsung’s foldable predecessors launched in August 2021 -- Z Flip 3 and Z Fold 3 -- saw combined shipments of 7.1 million units through 2021, with Z Flip 3 leading with 4.6 million shipments, according to data by market tracker Omdia. The two phones then went through a hardware upgrade and a price cut.

These led to a strong upshot in worldwide foldable shipments, up to 9 million units, up 309 percent from 2020, the Omdia data showed.

The Z Flip 3 and Z Fold 3‘s combined shipment accounted for 2.6 percent of Samsung’s total of 271.5 million smartphones throughout 2021.

While Samsung beat its rival Apple in general smartphone shipments with 20 percent of market share worldwide last year, Samsung‘s clout in the premium sector has been on the decline.

Counterpoint Senior Analyst Jene Park noted that Samsung will sell close to 9 million units of Z Flip 4 and Z Fold 4 combined this year. Counterpoint also estimated the annual foldables shipments globally to grow to 16 million in 2022 and 26 million in 2023.

The Z Flip 4 and Z Fold 4 are the first smartphones to be announced since the electronics giant was under fire for the benchmark performance-rigging scandal that removed most of Samsung smartphones from the benchmark agencies’ list.