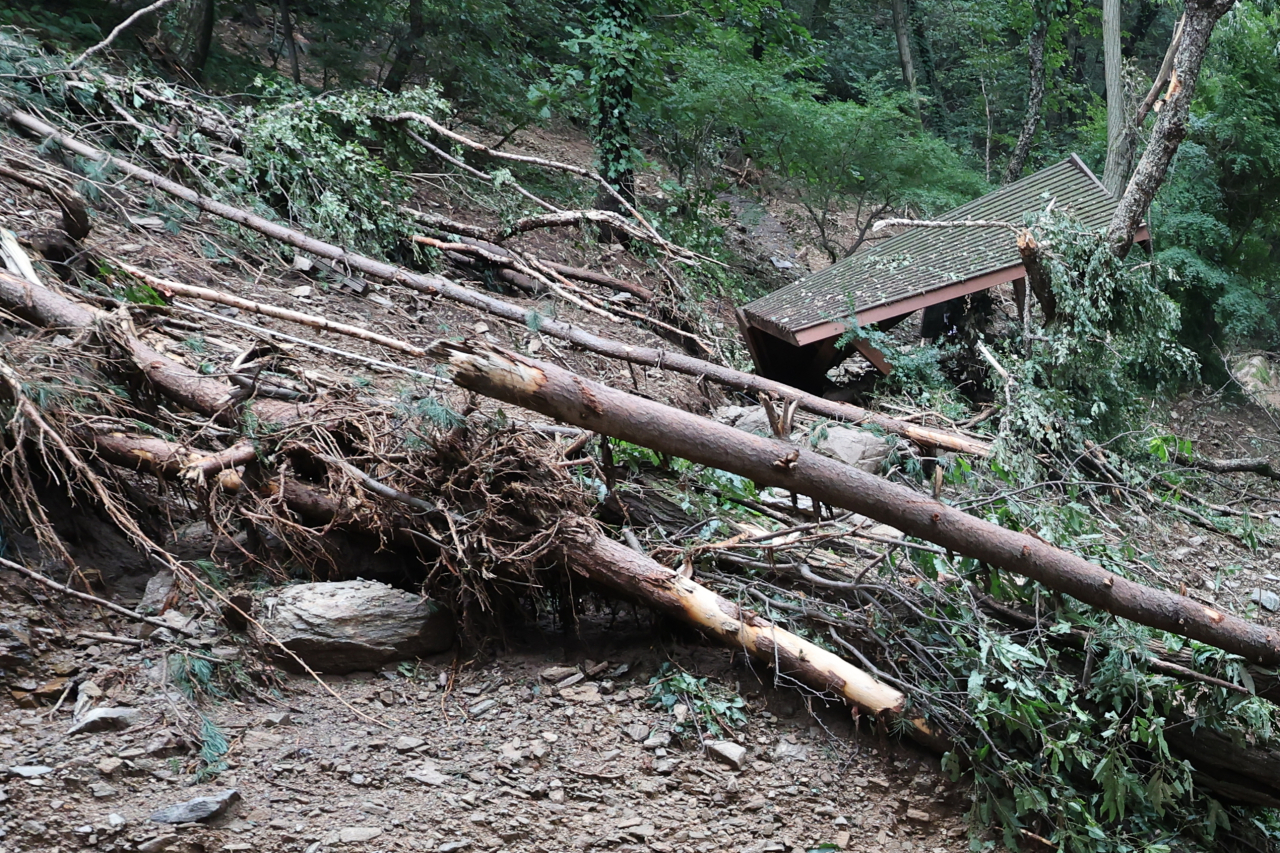 According to the Korea Forest Service, torrential rains of up to 200 mm are expected in Chungcheong Province, North Jeolla Province, and North Gyeongsang Province between Wednesday and Thursday.

Greater Seoul, Daejeon, Sejong, Gangwon Province, and Chungcheong Province are also at high risk of landslides due to continued rain earlier this week.

“Please pay attention to emergency disaster texts and local broadcasts. In case of an emergency, please evacuate as quickly as possible according to the guidance,” said Kim.

Meanwhile the search for those missing from Monday’s downpour in Seoul and nearby regions continues.

As of Thursday 6 p.m., 12 were reported dead, Seven went missing and 18 were injured due to heavy rain.

Total 3,796 houses and buildings were inundated, of which 3,453 are located in Seoul.

In addition, 1,456 people had to leave their homes because of flooding, while a further 4,507 people have temporarily evacuated.