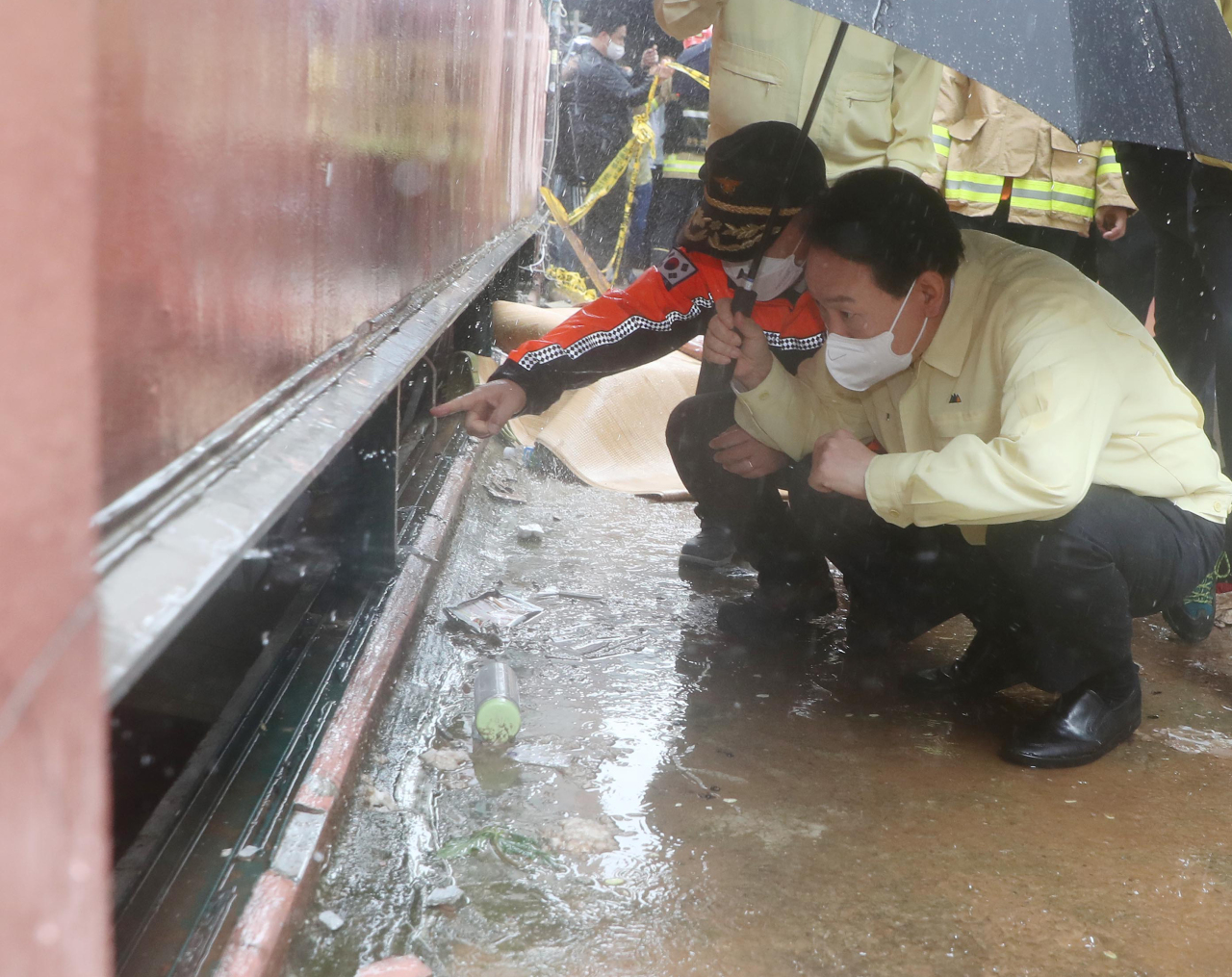 President Yoon Suk-yeol on Tuesday looks into the semi-basement home where three family members died in Gwanak-gu, southern Seoul. (Yonhap)
Civic groups on Wednesday called for overhaul of government housing policies, claiming that related policies are the root cause of deaths in semi-basement homes in Monday night’s downpour.

According to the authorities, four of the 11 confirmed deaths caused by the rain occurred in semi-basement properties.

“We condemn the government’s negligence on those marginalized in housing for this tragedy. As rainfall becomes stronger and more frequent under the influence of climate change, it must embark on a fundamental change of its approach to semi-basement residents,” said Citizens Coalitions for Economic Justice in its statement Wednesday.

The CCEJ urges the government to conduct sweeping surveys on semi-basement homes and help the residents to move out. It also suggests giving incentives to homeowners to turn basements into non-residential spaces.

In the long term, the civic groups called for a greater supply of affordable housing in unison.

“The government must provide a great number of public houses for tenants so that they can avoid homes that lag behind minimum housing level,” Joint Action for Setting Right the Basic Livelihood Security Act, coalition of 34 groups, said in its statement.

The group said that the family’s death was caused by a society that places the burden of poverty on the shoulders of individuals and their families.