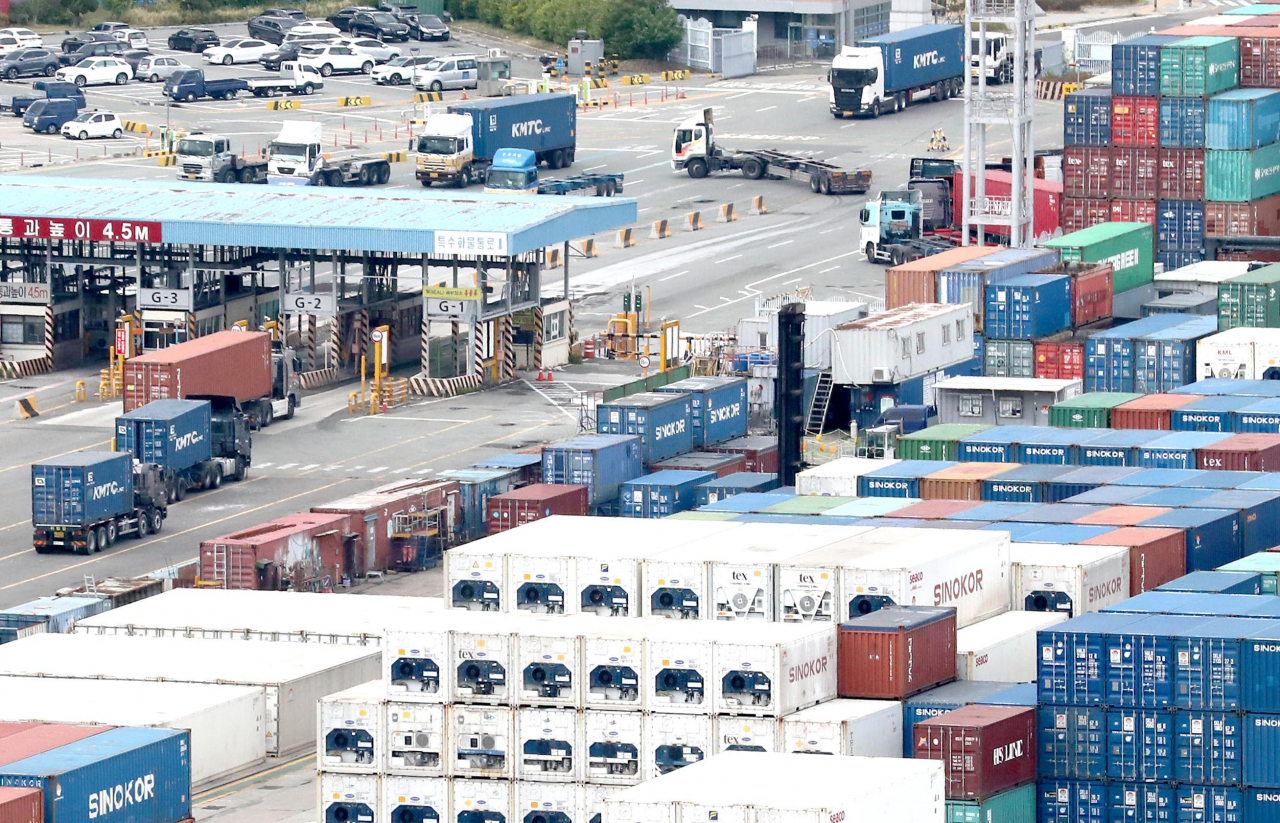 Trucks transport containers at a pier in Busan on June 6, a day before unionized cargo truckers were set to go on a general strike. (Yonhap)

South Korea's exports of information and communication technology (ICT) products inched down in July from a year earlier due to a slowdown of global demand in smartphone and computer products, government data showed Thursday.

Outbound shipments of ICT products came to $19.34 billion last month, slightly down from $19.48 billion a year earlier, according to the data compiled by the Ministry of Science and ICT.

South Korea's ICT imports in July grew 16.8 percent on-year to $13.22 billion, resulting in a trade surplus of $6.12 billion in the sector, the data showed.

Exports of semiconductors, which accounted for 58.8 percent of all ICT shipments, rose 3.1 percent to $11.4 billion, but shipments of other key products, such as displays, smartphones and computers, all fell.

The ministry said exports of mobile phones and computers decreased "due to stagnation in consumption caused by the global economic slowdown." It also cited a reduction of working days in the month.

Exports to Vietnam and the European Union rose 5.7 percent and 12.9 percent, respectively, in July. (Yonhap)