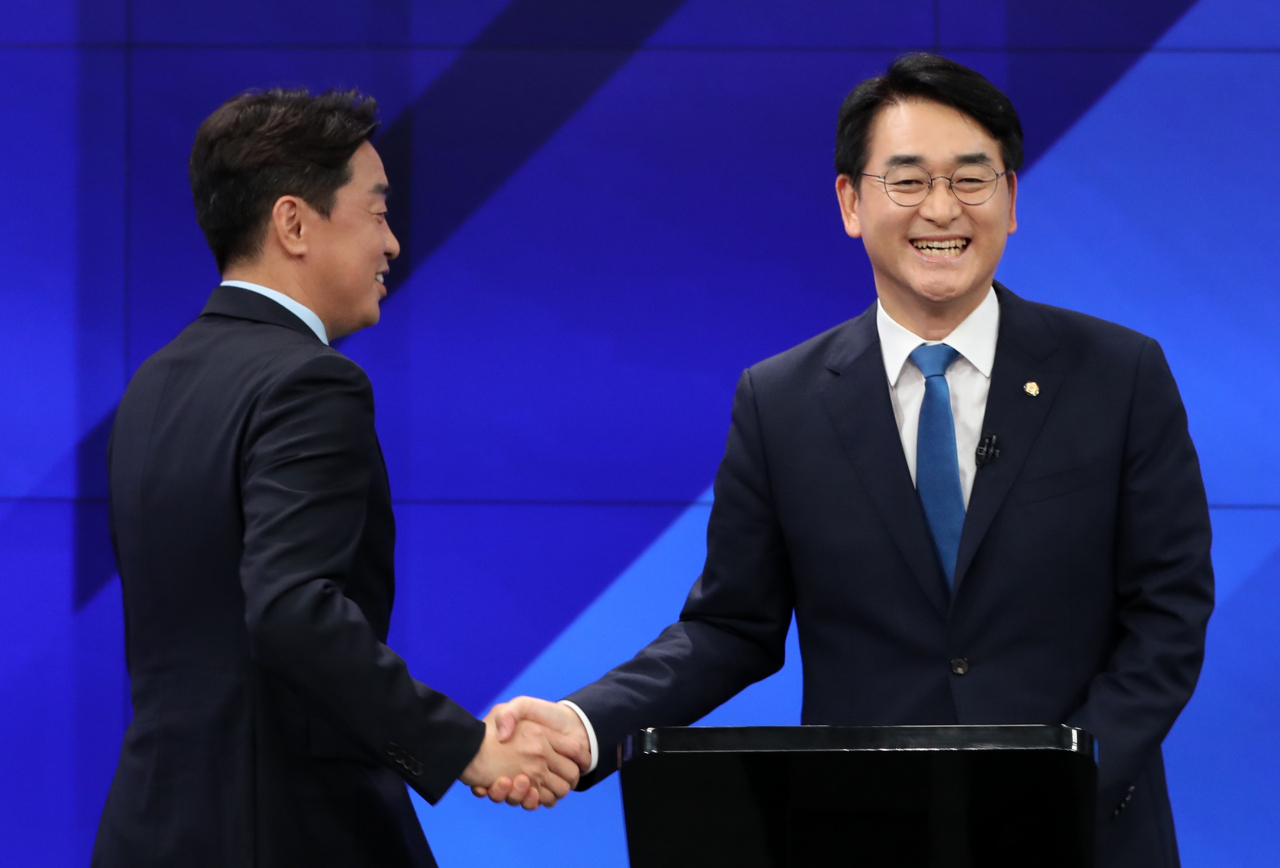 One of the two trailing candidates in the race for chairmanship of the main opposition Democratic Party said Thursday he is willing to merge candidacies with the other in any way in order to defeat front-runner and former presidential candidate Lee Jae-myung.

Reps. Park Yong-jin and Kang Hoon-sik have been trailing Lee by wide margins in the DP leadership race. After four out of 15 primaries, Lee has won 74.5 percent of the vote so far, reinforcing the widespread belief that he will be elected leader in the Aug. 28 national convention.

"I'm willing to merge our candidacies in any way Rep. Kang Hoon-sik suggests as long as it can verify the party and public's sentiment," Park told a press conference at the National Assembly.

Park, who has pushed for a candidacy merger against Lee in the party's preliminary race to shortlist three chairman candidates, said Kang and himself "have a duty to create a new flow" for the main opposition.

Lee's bid for party leadership has been a point of contention within the DP as there is a power struggle between pro- and anti-Lee lawmakers amid criticism from opponents that he should take responsibility for the party's defeat not only in March's presidential election but also in June's nationwide local elections. (Yonhap)