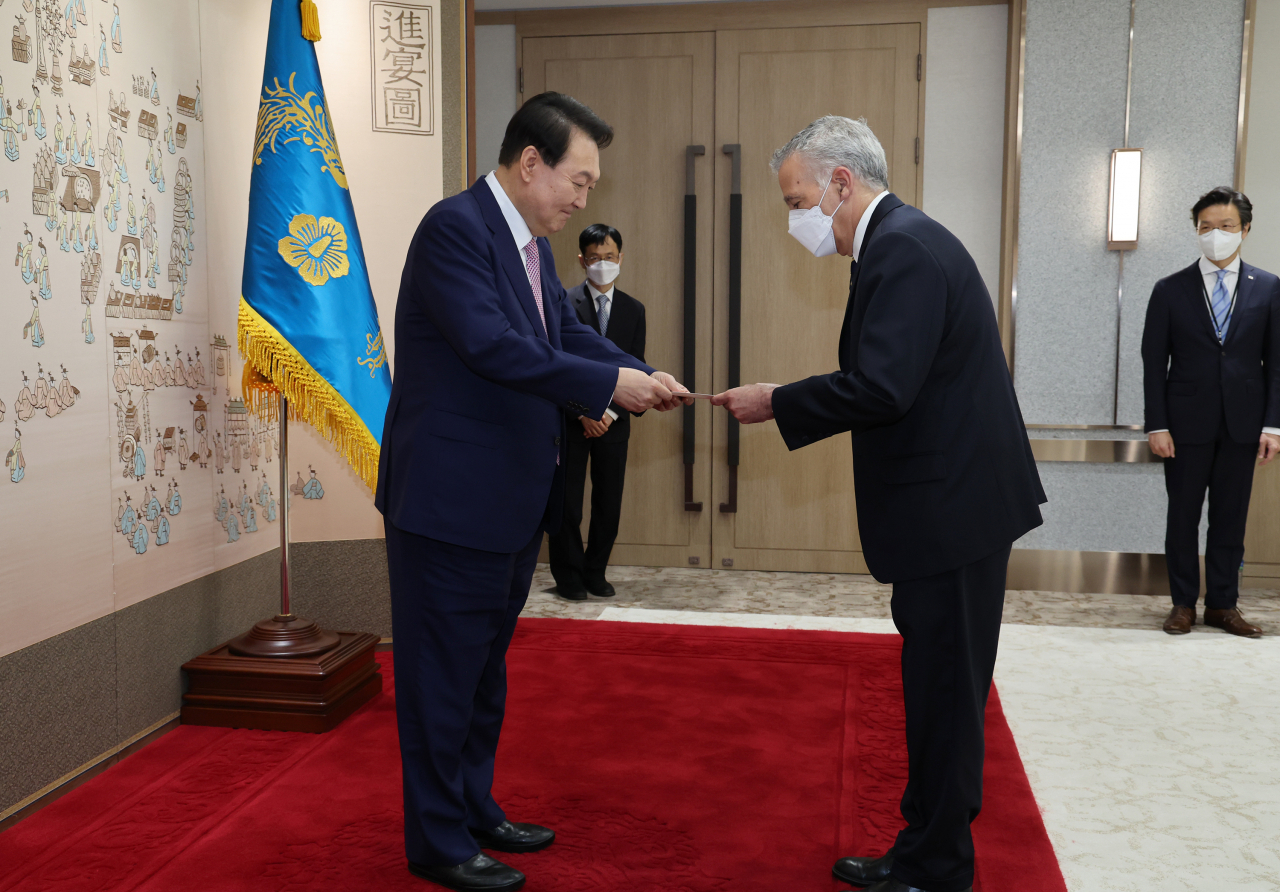 President Yoon Suk-yeol receives the credentials of new US Ambassador to South Korea Philip Goldberg during a ceremony at the presidential office in central Seoul on July 29. (Yonhap)

Defense Minister Lee Jong-sup, Gen. Kim Seung-kyum, head of the Joint Chiefs of Staff, and National Security Adviser Kim Sung-han also attended the meeting, which took place Tuesday at the presidential office, according to the official.

"It was a meeting to welcome the new (US) ambassador to Korea and evaluate the security situation on the Korean Peninsula and share opinions," the official told Yonhap News Agency.

Yoon received the credentials of the new US ambassador to Seoul late last month.

After the meeting, Yoon moved to the National Center for Crisis Management and joined a disaster response meeting to deal with heavy rains, the official said. (Yonhap)