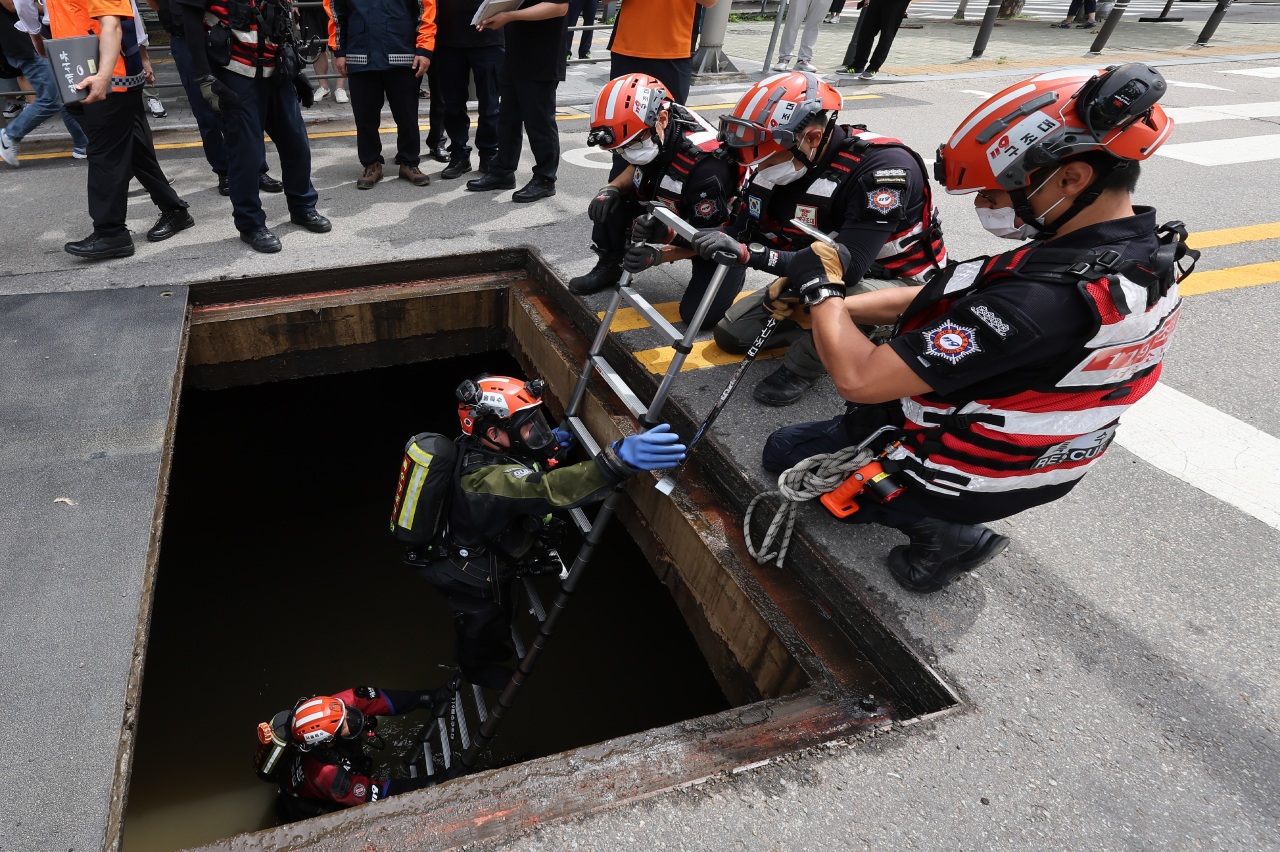 Emergency services search and rescue personnel enter drains in southern Seoul on Wednesday in search of missing people. (Yonhap)
The search for those missing following Monday’s record-breaking downpour in Seoul and its surrounding areas continues, with eight people still unaccounted for as of 6 a.m. Thursday. Eleven have been confirmed dead, and hundreds remain displaced.

Three of the eight missing were lost in Seoul’s Seocho-gu district, including a woman who is reported to have been swept into a manhole. She was swept away with her brother, who was found dead around 3 p.m. Wednesday.

They were reportedly swept into the sewers when a manhole lid suddenly opened due to a countercurrent.

One missing person disappeared after being swept away by rapid currents while checking on his vehicle in an underground parking lot. A witness reported the incident immediately, and the fire department began searching at 11 p.m. Monday, but he is yet to be found. Another man went missing in a similar way near another underground parking lot.

Three people are reported missing from Gyeonggi Province. In Gwangju, two people were swept away by a flooded river, and in Namyangju, a teenager disappeared on her way home, swept away by a rapid stream.

Two people, a husband and wife, went missing together from Gangwon Province.

Four victims drowned in two semi-basement homes in Seoul, including a family of three in one and a middle-aged woman in another.

The authorities said that casualties from the downpour could rise as the clean-up of affected areas continue.

In addition, 982 people from 548 households were forced to leave their homes because of flooding, while a further 4,297 people from 2,042 households have temporarily evacuated.