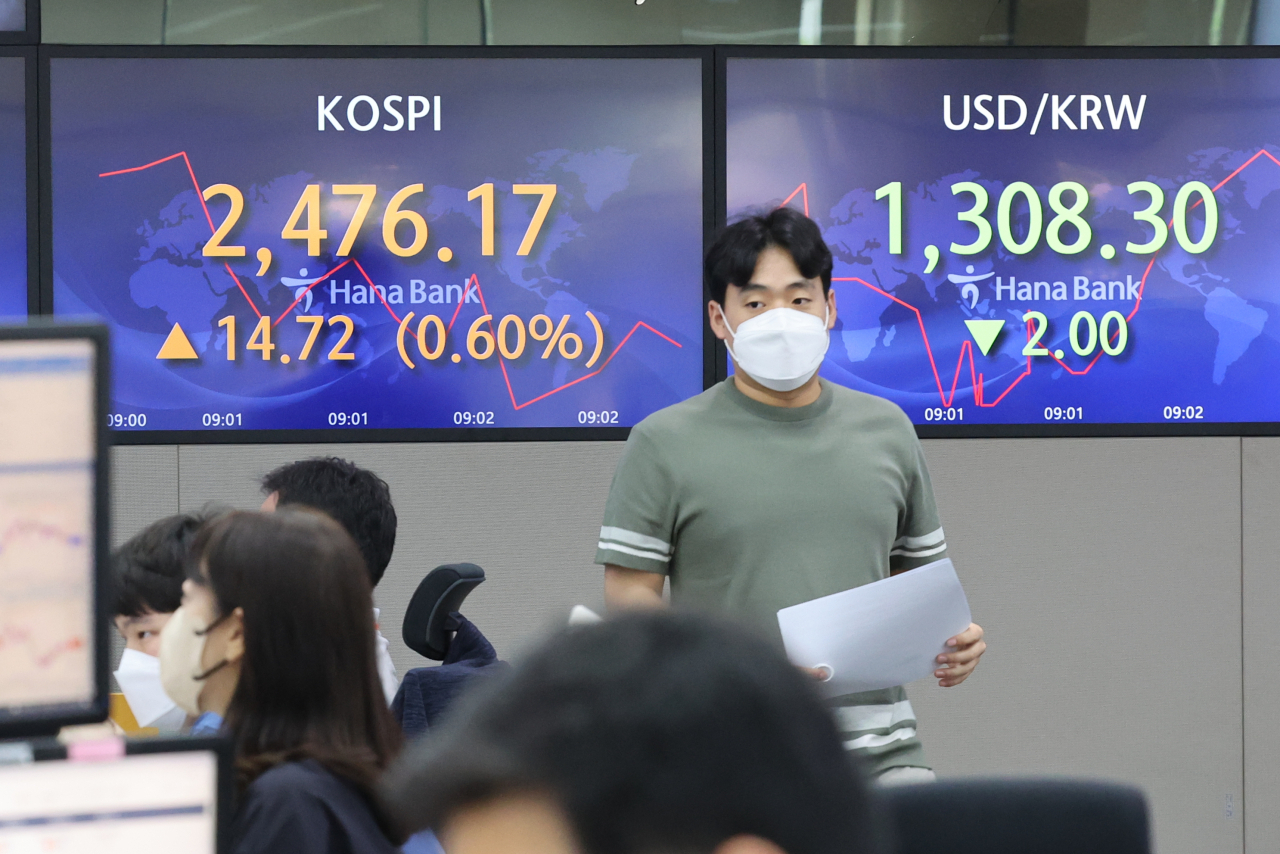 An electronic board showing the Korea Composite Stock Price Index (Kospi) at a dealing room of the Hana Bank headquarters in Seoul last Thursday. (Yonhap)

Analysts say investor sentiment remains cautious with eyes on US consumer prices, due to be announced Wednesday (US time), as it will provide a clue as to how fast the US Federal Reserve will push for monetary tightening going forward.

"The waning chip demand is not getting any better, as opposed to how we're seeing improvement from the supply side," Han Ji-young, an analyst at Kiwoom Securities Co.

"Rather than the supply side, high inflation and the US rate hike pressure seem to be causing the demand to slow," Han said, adding stocks will move tepidly for the time being, with all eyes on the July US consumer prices.

The rising probability of another sharp rate hike by the Federal Reserve in its September policy meeting adds to the market jitters, Han noted.